On Monday (June 22), rapper Meek Mill (real name Robert Rihmeek Williams) revealed that his neighbor had been paralyzed from a shooting the night before (June 21st). He also mentioned that a girl, who he considered family, was struck by a car and is in critical condition. In a tweet to his 10 million followers, Meek Mill,33, wrote:

My neighbor got paralyzed last night from a shooting…. and a girl that’s like family got caught up in that North Carolina sh*t hit by a car she’s in critical… I get news like this everyday.

It was previously reported that Meek Mill was unhappy with the demographic of police officers in many neighborhoods. The “Dreams and Nightmares” rapper took to Twitter to express his dissatisfaction:

“We need 50% blacks cops in the neighborhoods of blacks as a order! It’s hard to do because they gave us so many charges and felonies we not eligle … WE CAN HOUSE OUR OWNSELVES! You have racist people raging a silent war against us though law!!!” 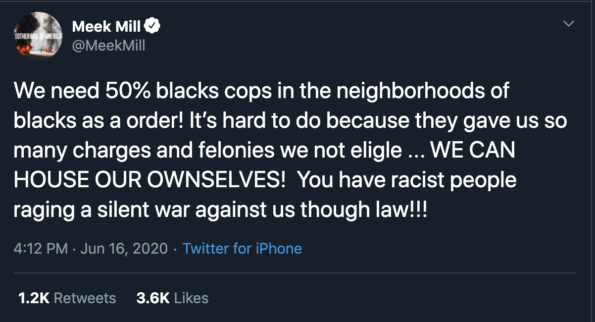 Meek Mill then disclosed that while there are black cops, he feels the majority of them are not in a position of power.

“It’s like the slave mentality, hire a few blacks,don’t give them enough power and put them against their own.. like the old slave movies! I witnessed black cops stand silent while white cops beat me, more than once too..so I kinda lost faith in them early #selfhate”

The rapper then posed a question to politicians, asking why most cops in neighborhoods are white:

“Like 90% of the officers in my hood are white cops…. can a smart politician give me a honest answer why????? I wanna know the answer b4 I vote!”

He also responded to a user’s claim that the reason there are so many white cops is that most people of color are just not joining the police force. He replied:

“No because they labeled most of us as felons and set laws aimed towards black and brown so even if we wanted too we wouldn’t be eligible,from slavery..segregation to mass incarceration we never recovered!!!” 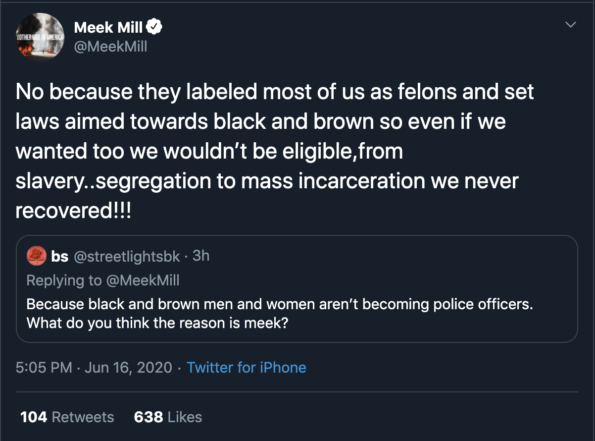 What are your thoughts on Meek Mill’s latest tweet? Let us know in the comments. 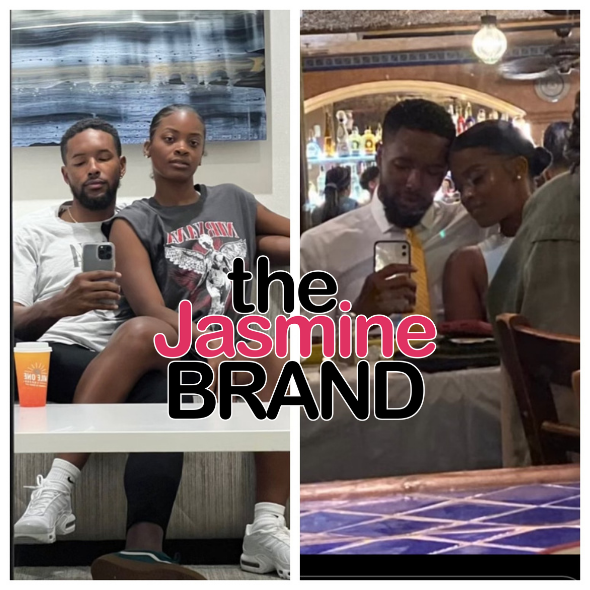 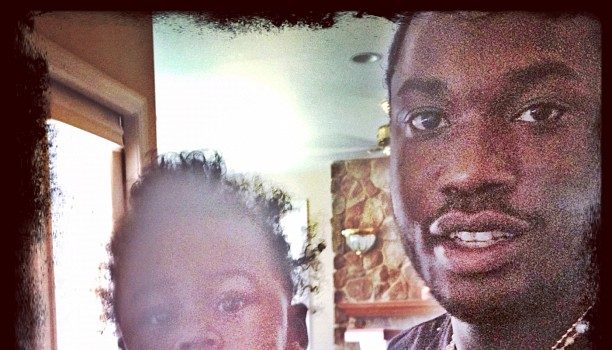 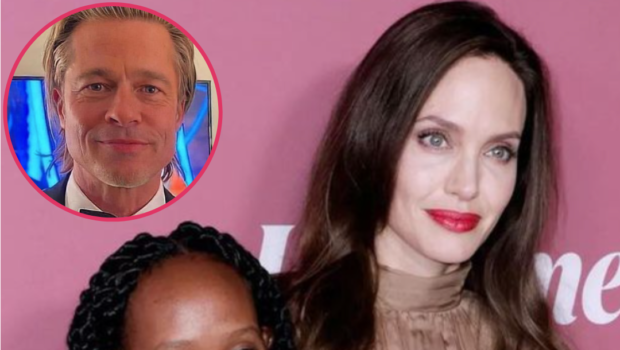