Iran has issued an arrest warrant for Donald Trump, and 35 additional people in relation to the death of Qasem Soleimani, commander of the Islamic Revolution Guard Corps (IRGC).
Tehran attorney general Ali Alqasi Mehr says that Donald Trump is at the top of the list, and claims that Donald Trump will be prosecuted as soon as his current presidential term ends.
U.S. Special Representative for Iran, Brian Hook says the arrest is a “propaganda stunt that no one takes seriously,”

“This has nothing to do with national security, international peace or promoting stability, so we see it for what it is — it’s a propaganda stunt that no one takes seriously and makes the Iranians look foolish.”

Qasem Soleimani was killed during a U.S. drone strike at Baghdad International Airport along with five others in January.  The hit was reportedly ordered by Trump himself. As a result, the Iranian government announced that an “intense battle” is ahead amid both military camps, potentially putting our country and troops in immediate danger.
The Trump administration viewed Qasem Soleimani as a “ruthless killer,” and Donald Trump added that he should have been taken out by previous presidents. 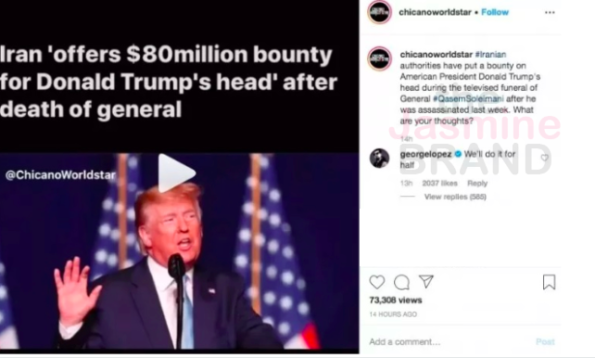 Iran reportedly, put an $80 million bounty put out for Donald Trump death, and comedian George Lopez took to the comment section with this reply, insinuating the support of a presidential assassination:

“@georgelopez We’ll do it for half”

The Pentagon blamed Qasem Soleimani for the deaths of hundreds of Americans and US allies in the months leading up to his killing.

What are your thoughts on Iran, issuing an arrest warrant for President Donald Trump? Let us know in the comments!
Tags: donald trump, iran, recommend
Tweet Like Plus Pin It Share 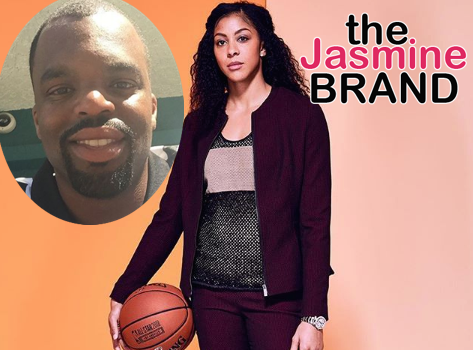