Terry Crews is the subject of social media backlash again.

This time, he received criticism after he shared his own acronym for the word “COON” on Twitter. He wrote, 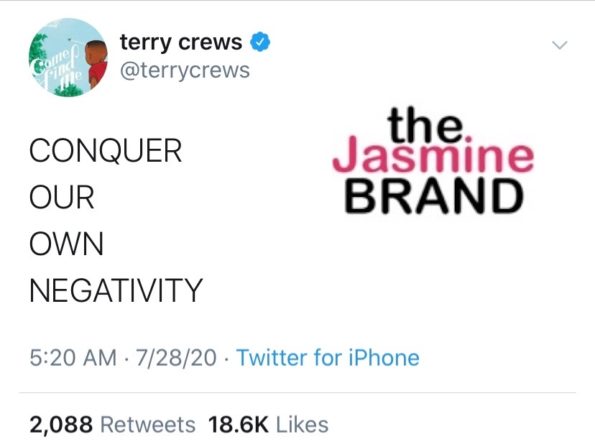 The America’s Got Talent host’s tweet was met with plenty of reactions. 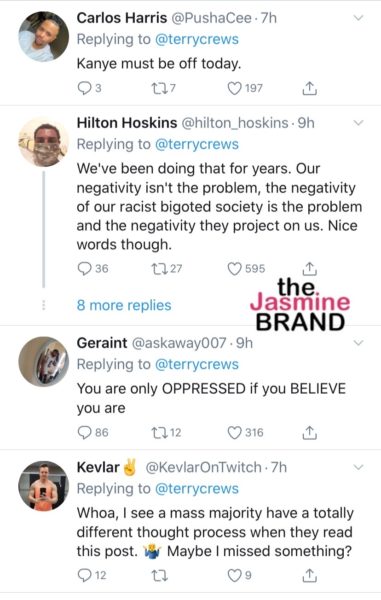 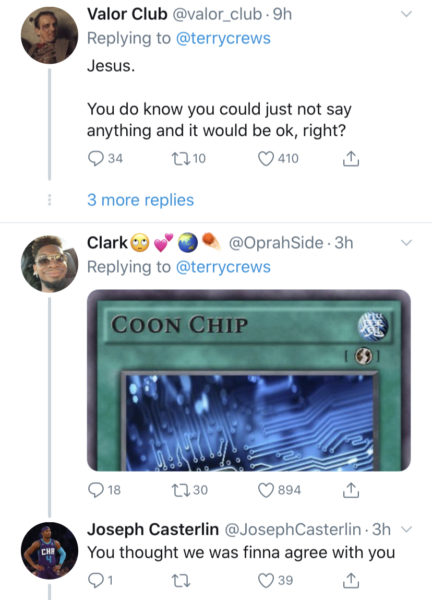 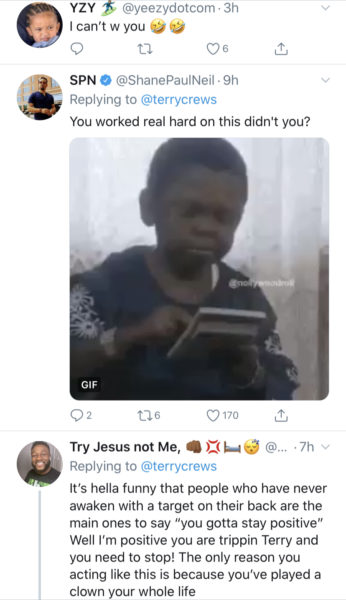 It didn’t stop there for Terry Crews, though.  He responded to a Twitter user who disagreed with him.

“I agree. That word is horrible.  But I’ve learned to catch the lemons thrown at you, Make lemonade.  Then make lemon bars.  Make a lemon scented hand sanitizer, sell the rinds in the spice aisle for bbq lemon pepper wings then take the sees and grow more lemon trees” 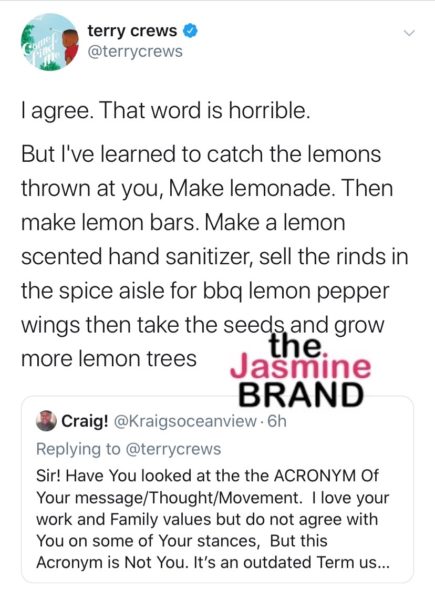 Terry Crews is seemingly fed up with the word “coon,” as he added,

This tweet was shortly after Crews came under fire for recent remarks about defeating white supremacy.  He tweeted recently, 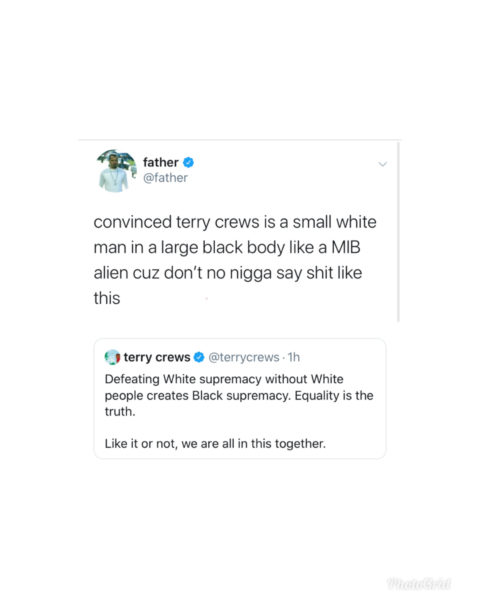 Still, in regards to racial matters, Terry Crews made other trending news when he tweeted a remark about Black Lives Matter amid the height of racial injustice uproar. On June 20, he stated

The responses Terry Crews receives for his messages don’t seem to faze him.  He has made his stance on not pleasing people very clear in January of this year saying that he only has “one woman” to please, his wife, Rebecca Crews, when he was faced with backlash for not backing up Gabrielle Union after she was controversially fired from America’s Got Talent. 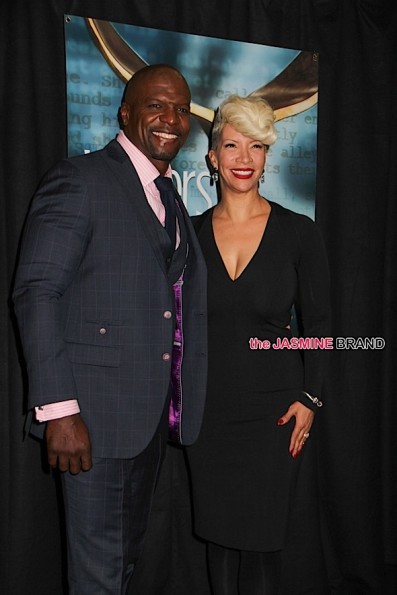 Wendy Williams Claims Tabitha Brown’s Marriage Is Doomed Due To Her Decision To Retire Her Husband, Tabitha Responds: I’m Sorry You’re In Pain & I Hope True Love Finds You 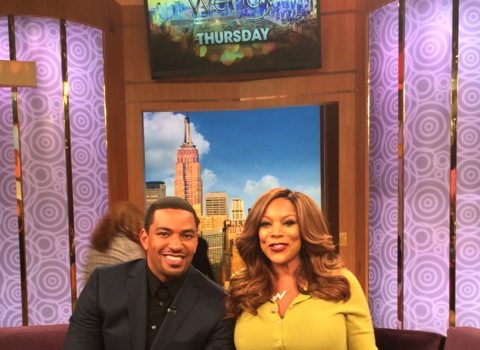 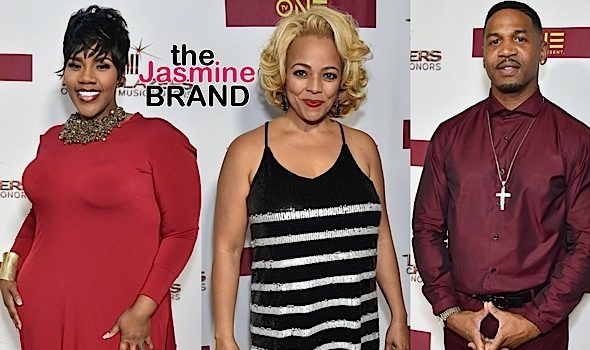 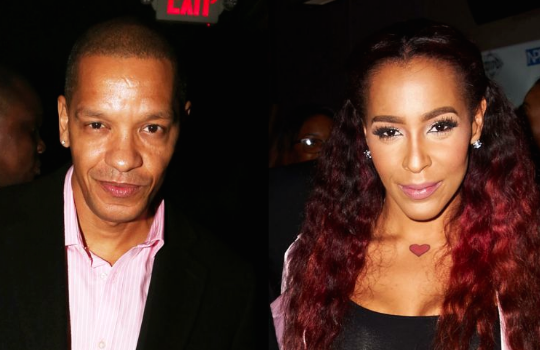