Although she’s in recovery, Megan Thee Stallion seems to have no problem getting her critics together.
While celebrating her cover with Variety magazine on Instagram, she kept her response short and sweet to a fan who inquired about her foot.

“How that foot lookin” 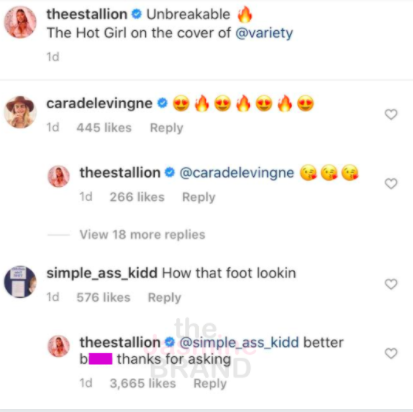 It was previously reported that Megan Thee Stallion, 25, was shot during an altercation last month. It’s still not clear what happened, but she was in a car with rapper Tory Lanez, who was the alleged shooter. She detailed the incident for the first time on Instagram Live and said she was actually shot in both of her feet.

“I had to get surgery to get the bullets taken out. It was super scary.. the worst experience of my life.”

She also addressed people who joked about the incident.

“And, it’s not funny. It’s nothing to joke about. It was nothing for y’all to start going making up [quick] stories about.I didn’t put my hands on anybody. I didn’t deserve to get shot. I didn’t do sh!t. And, thank god the bullets didn’t touch bones, they didn’t break tendons. Where the bullets hit at, it missed everything, but them [email protected] f*[email protected] were in there.”

“And it’s not that I was protecting anybody, I just wasn’t ready to speak. That’s not no sh!t that you just immediately get on the internet and start talking about. And that’s a lot of yall [email protected] f***ing problems. Y’all take y’all whole life to Instagram and Twitter and make it a f***ing diary. That’s not me. So. f**k y’all, fake a** blogs, and y’all fake a** sources, and my fake a** friends.”

What do you think of Megan’s reaction? Let us know in the comments below! 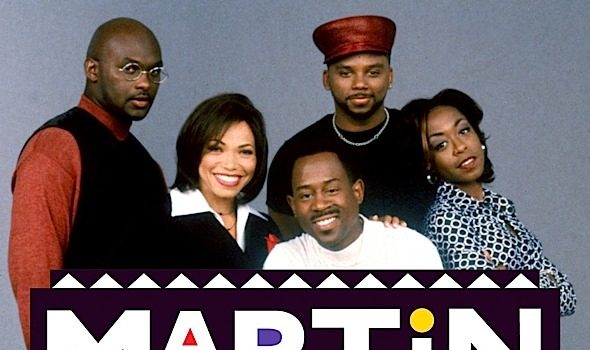