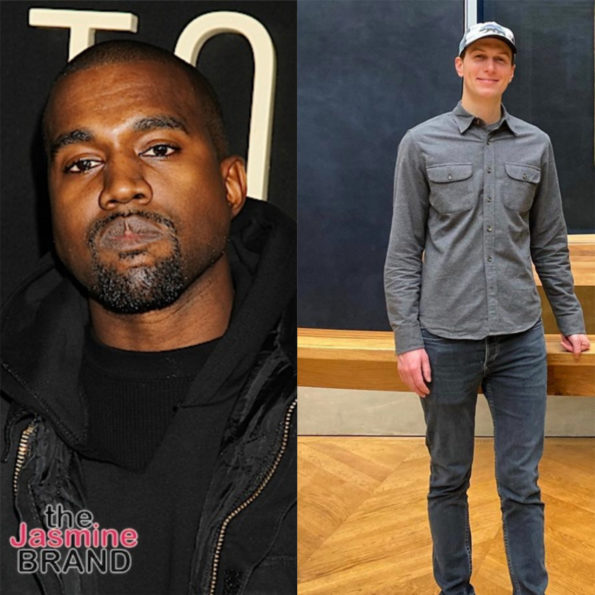 Sneaker mogul and rapper Kanye West has reportedly met with Jared Kushner, President Donald Trump’s son in law and White House adviser, as he continues to pursue his 2020 election goals. According to the New York Times, the meeting reportedly took place in Colorado last week and Donald Trump’s daughter Ivanka Trump was said to be in attendance along with another White House adviser.

Kanye West seemingly confirmed the meeting between himself and Jared Kushner in a tweet, writing, 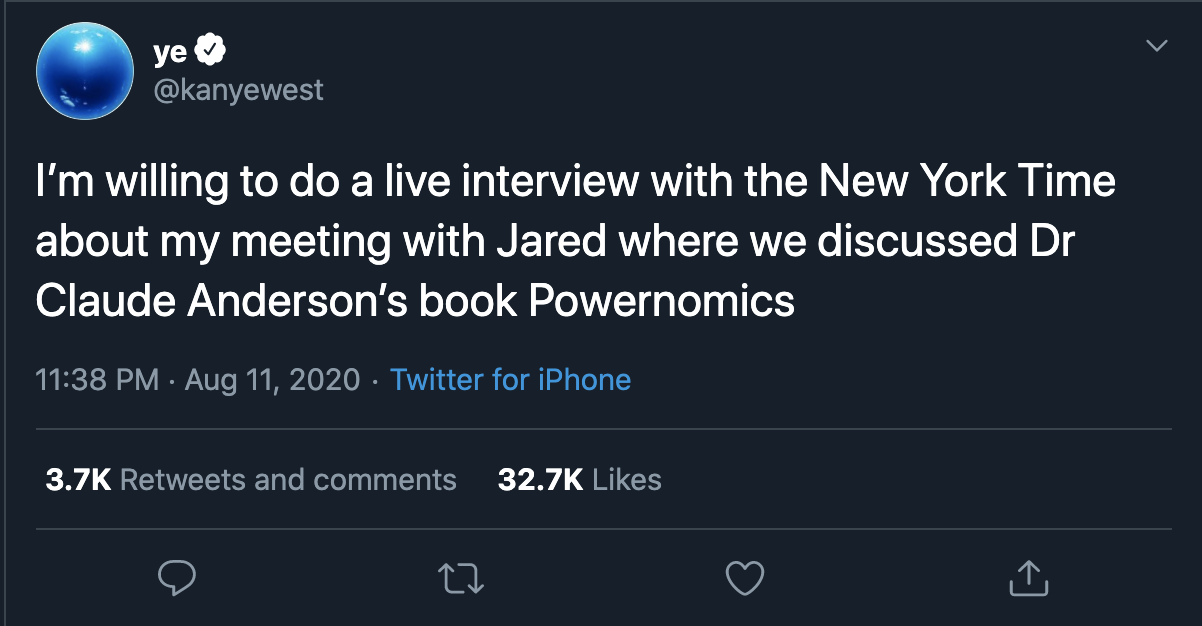 Ironically, Claude Anderson’s book Powernomics: The National Plan to Empower Black America is a book that discusses a 5 year plan to make Black America prosperous and self sufficient. This meeting comes as Kanye recently revealed that he “misses” his longtime friend and collaborator Jay-Z.

The rapper took to Twitter to share sentiments about his former friend, Jay-Z, and his mother-in-law Kris Jenner Tuesday morning (Aug. 11).

He first retweeted Jay-Z’s lyrics from their “Otis” collaboration where Jay-Z rapped,

“Run up on Yeezy the wrong way I might murk ya” 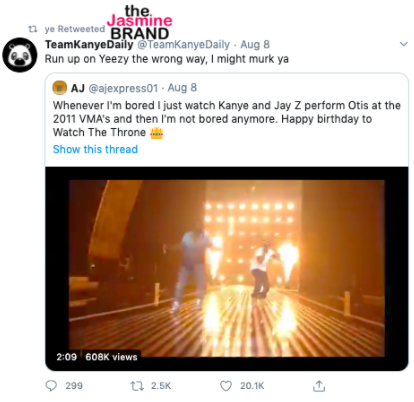 The song was featured on their joint album Watch The Throne, which celebrated its 9th anniversary Saturday (Aug. 8th). The tweet also included a clip of their performance from the 2011 VMAs.

It looks like the tweet set off emotions for Kanye West because he shared a screenshot from the performance and wrote,

The two reportedly had a serious falling out after Kanye called Jay-Z and Beyonce out during a 2016 concert for not attending his wedding. Jay-Z then spoke on their relationship the following year:

“I [talked to] Kanye the other day, just to tell him, like, he’s my brother. I love Kanye. I do. It’s a complicated relationship with us…In the long relationship, you know, hopefully when we’re 89 we look at this six months or whatever time and we laugh at that. You know what I’m saying? There’s gonna be complications in the relationship that we have to get through. And the only way to get through that is we sit down and have a dialogue and say, “These are the things that I’m uncomfortable with. These are the things that are unacceptable to me. This is what I feel.” I’m sure he feels that I’ve done things to him as well. You know what I’m saying? These are — I’m not a perfect human being by no stretch. You know.”

It looks like he’s had a change of heart as last month, he slammed Kris Jenner on the social media site during what was said to be a bipolar episode. 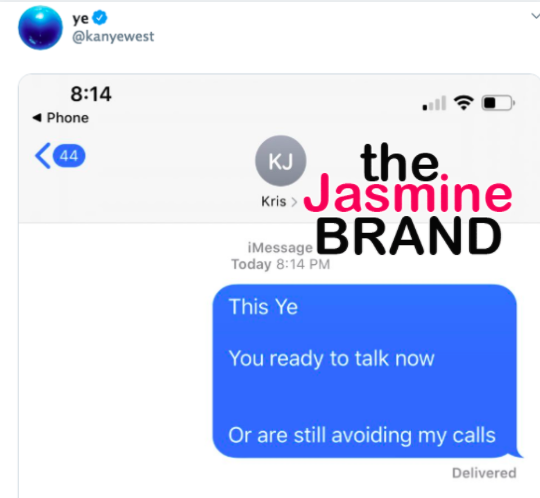 What are your thoughts on Kanye West meeting with Jared Kushner? Tell us your thoughts in the comments below.
Tags: 2020 election, jared kushner, Kanye West, recommend
Tweet Like Plus Pin It Share 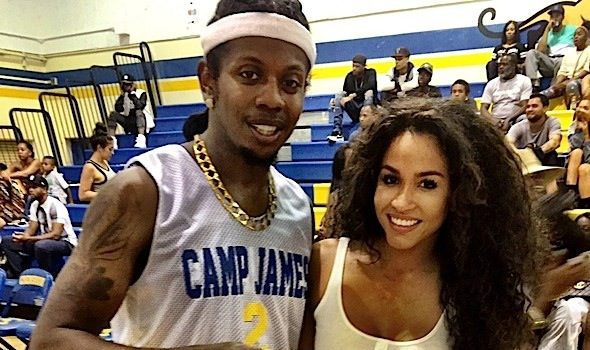