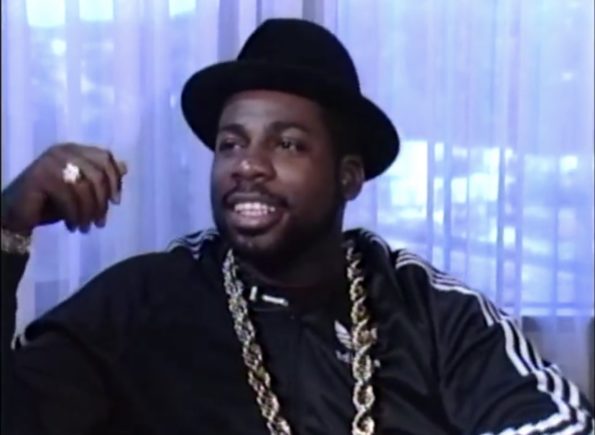 Two male suspects in the 2002 murder of iconic hip hop figure, Jam Master Jay, born Jason Mizell, of Run DMC, have reportedly plead not guilty to charges brought against them. 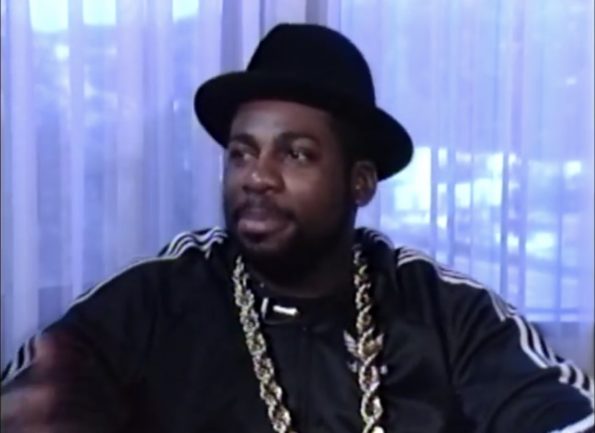 As previously reported, on Monday, (August 17th) the New York City Police Department released the names of the two alleged suspects, Karl Jordan Jr. and Ronald Washington, marking a major break in the case where Jam Master Jay (Jason Mizell) was shot and killed in October 2002 inside of his Queens studio.

Prosecutor Artie McConnell made clear that even though Washington was not the shooter, he was just as responsible for the death of Mizell and had tried to silence and intimidate witnesses. He said at the arraignment,

‘To plan and carry out the execution of a music icon in his own studio, in his own neighborhood, is so brazen and shows such utter disregard for the law.’

‘This crime was not an aberration. The defendant has a long and violent criminal history, replete with crimes such as robbery, assault, narcotics trafficking, battery,”

Reportedly, one of the suspects, Karl Jordan Jr. was discovered to have posted numerous tributes to Jam Master Jay on his now-private Instagram page. See below. 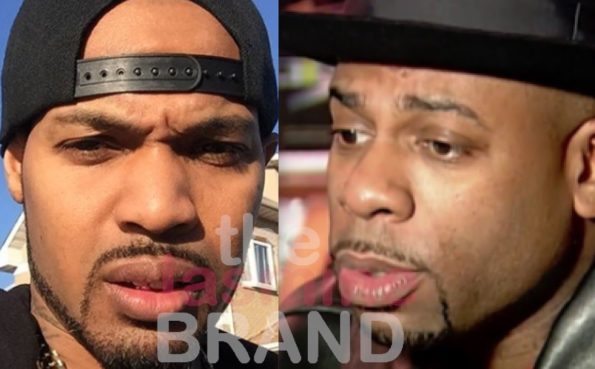 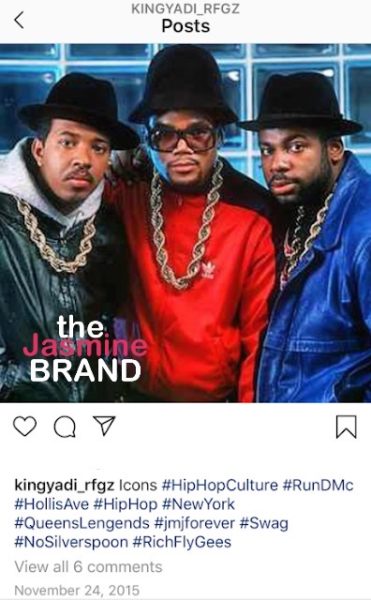 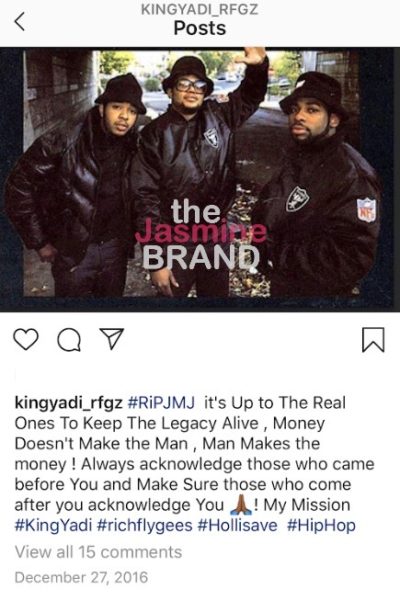 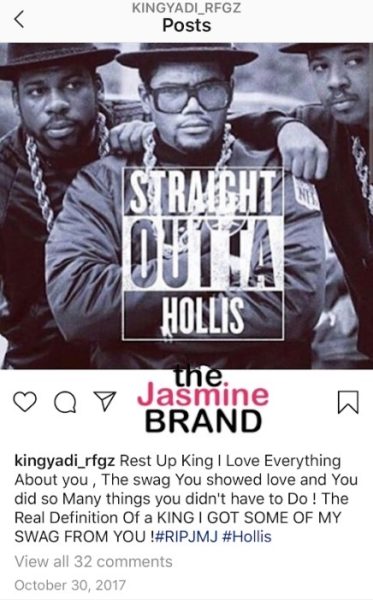 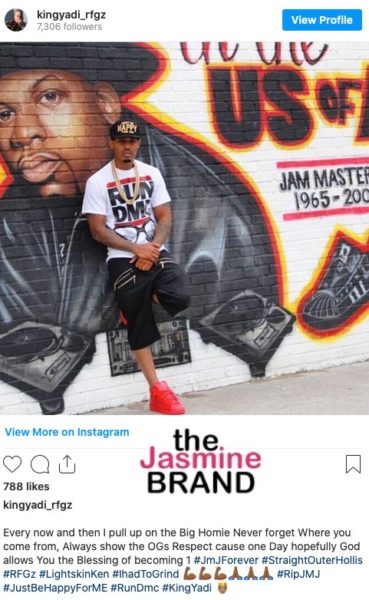 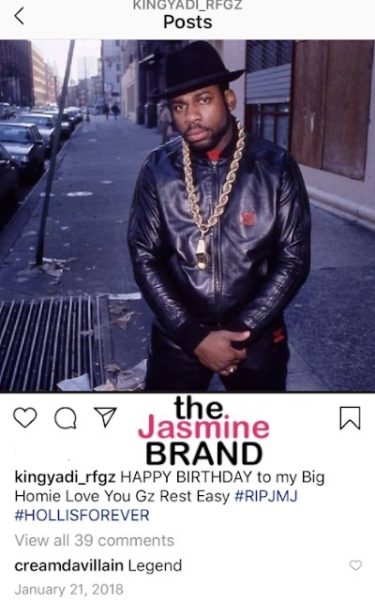 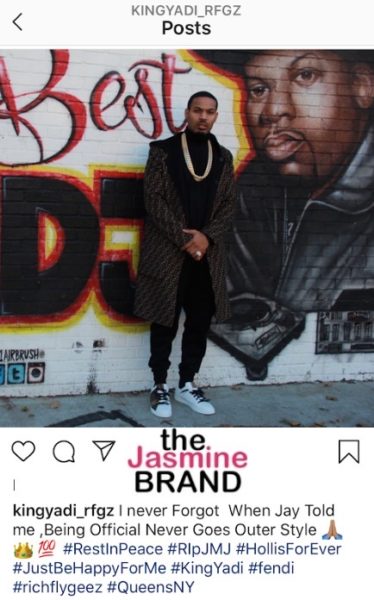 Both men were alleged friends of Jam Master Jay. In fact, Ronald Washington even reportedly slept on Jam Master Jay’s couch days before his death. 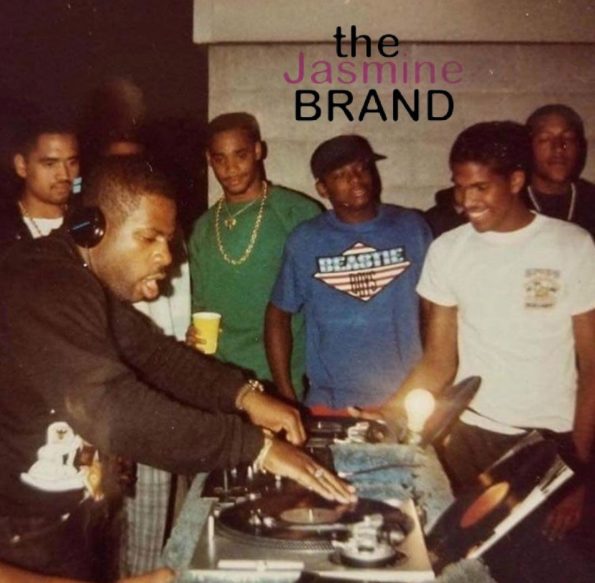 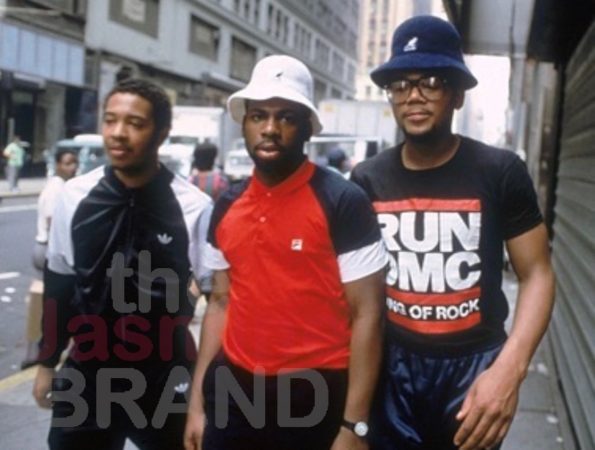 The remaining members of the iconic hip hop group Run DMC, who consist of Rev Run (Joseph Simmons) and D.M.C. (Darryl McDaniels) along with Mizell’s family and friends have awaited justice in this unsolved case for 18 years.

Just hours after the two men were indicted on murder charges for Jam Master Jay, a family member released a statement through the official RUN D.M.C. page.

“Upon hearing this news we have mixed emotions. We truly hope that these indictments are a solid step towards justice being served in the murder of Jay. We realize that there are other families out there who have lingering pain who continue to wait for their own closure, and we pray that this case gives them hope.” 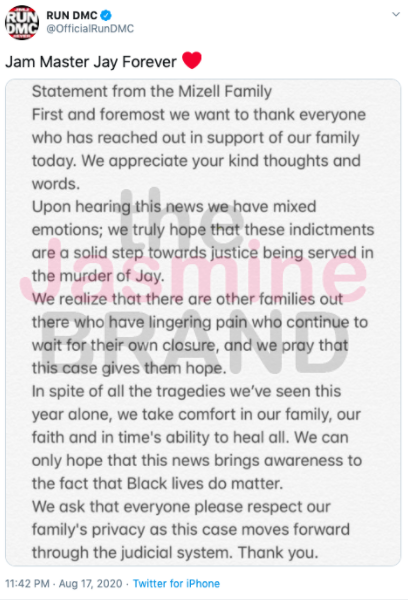 There have been no further statements released. 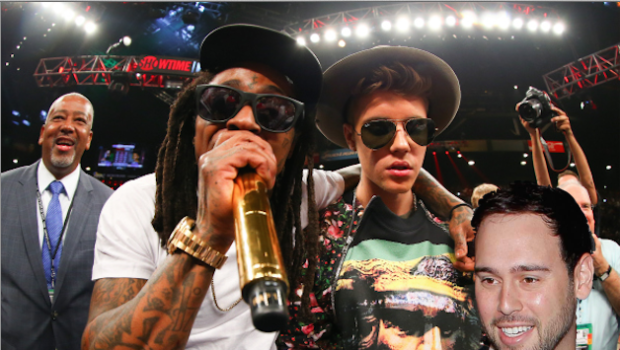 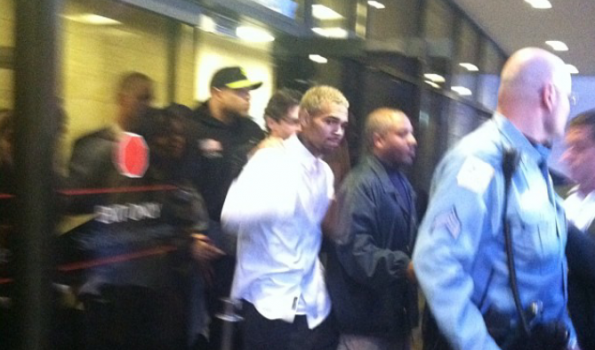