Iconic model Tyra Banks was left out of the conversation over Victoria’s Secret’s first Black Angel.

In a recent interview, model and designer Leomie Anderson, who walked in her first Victoria’s Secret fashion show in 2015 before signing a contract last year, spoke out about being what she described as the brand’s first black model. 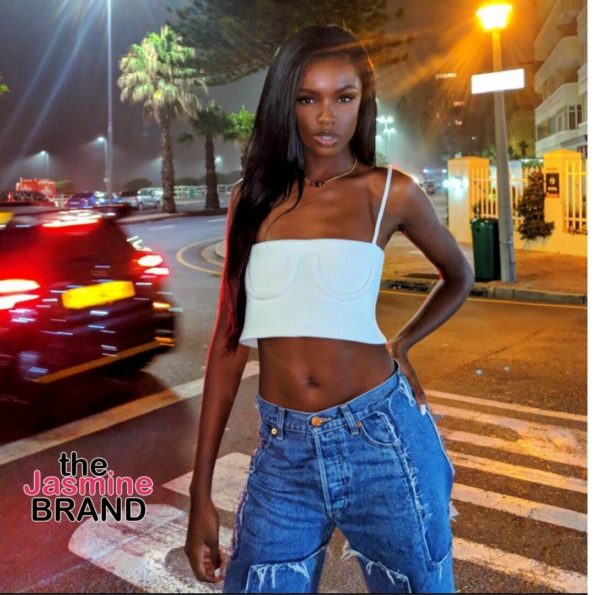 “I feel like in 2020, or in 2019 when I got my contract, I feel like there’s a lot of companies that shouldn’t still be celebrating their first black something.

But at the same token, if it has to be someone, I’m glad it was me and I’m going to make sure I use my position to just be everything that I wanted to see when I was growing up as a young black girl.”

Leomie Anderson describes her feelings about being the first Black Victoria Secret Angel and said:

“It was an amazing point in my career to be able to say that I’d become an Angel, it’s something that a lot of girls, well most models, really look at it as something that is just the pinnacle of your career. Who gets to get paid to walk around in their underwear? That’s pretty amazing!”

.@Leomie_Anderson talks being the first black woman to become a Victoria’s Secret angel ?

Still, Tyra Banks was labeled the first Black model to get a contract when she signed on back in 1997. She previously told the story of how she landed the iconic title and said her initial experience with the brand wasn’t the best.

“I was sent home the first day because the hairdresser didn’t know what to do with my African American hair, so it looked crazy.”

She convinced them to give her another chance and added:

“I had my hairdresser come to my apartment in Union Square and wash, blow-dry, and flat-iron my hair’, she continued, ‘and then I wrapped it and put a scarf on until the next day, when I was on my way to Victoria’s Secret and stepped out of a cab and whooshed it off my head, walked in, got my makeup done, didn’t let the hair people touch me, went to the bathroom, redid my face, put on extra lip gloss, and walked on that set.”

Leomie Anderson clarified her comment on Twitter and said she was referring to the U.K., but insisted that she’s the first dark-skinned model to sign with Victoria’s Secret. 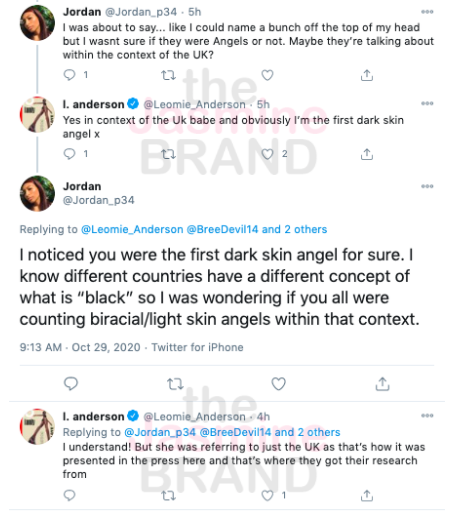 What are your thoughts on Leomie Anderson’s remarks? Comment and let us know!