The list of high-profile performers set to hit the stage at Joe Biden and Kamala Harris’ inauguration keeps getting longer.

Just after it was reported that Justin Timberlake would perform, Jennifer Lopez and Lady Gaga were also announced as artists who will take the stage as Joe Biden is sworn in as President on Wednesday, Jan. 13th. Lady Gaga is slated to sing the national anthem while Jennifer Lopez will perform during a different section of the event.

“They represent one clear picture of the grand diversity of our great nation and will help honor and celebrate the time-honored traditions of the presidential inauguration as President-elect Biden and Vice President-elect Harris take the oath of office on the West Front of the U.S. Capitol. They are also committed to the President-elect and the Vice-President-elect’s steadfast vision of a new chapter in our American story in which we are an America united in overcoming the deep divisions and challenges facing our people, unifying the country, and restoring the soul of our nation.”

Fans took to Twitter to react as Jennifer Lopez trended on the social media platform. 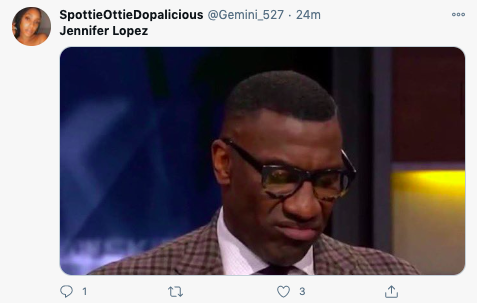 Jennifer Lopez also performed at the Super Bowl in Miami in 2020.

What are your thoughts on Jennifer Lopez and Lady Gaga performing at the inauguration? Comment and let us know.

Cardi B Back In Court — Rapper Accused of ‘Misappropriating Likeness’ Over Cover Art for 2016 ‘Gangsta B*tch Music, Vol. 1’ Mixtape