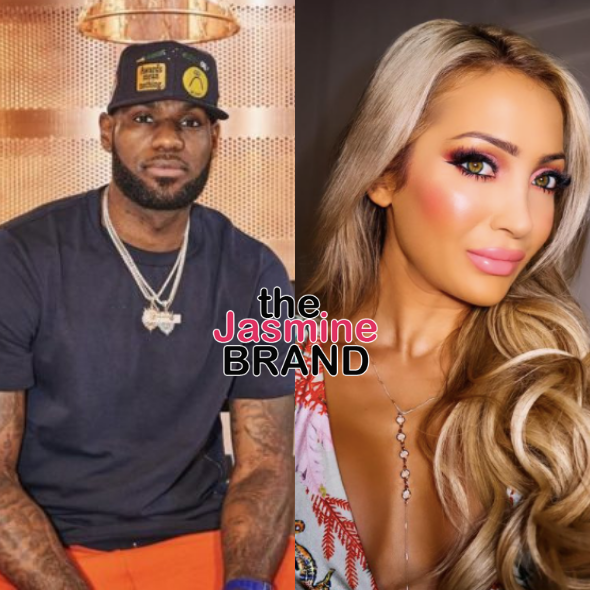 Update #2 (Feb. 3rd): The woman dubbed “Courtside Karen”, Juliana Carlos, has issued an apology to LeBron James after she heckled the Los Angeles Lakers star before being removed from the game.

She issued an apology to the NBA player on Instagram after going viral.

“About last night… To say things escalated quickly at yesterday’s game is an understatement, and I want to apologize for losing my cool and removing my mask in the heat of the moment. My husband is a huge sports fan and we’re passionate people, and let’s be real: sports wouldn’t be sports without a little trash-talking.” 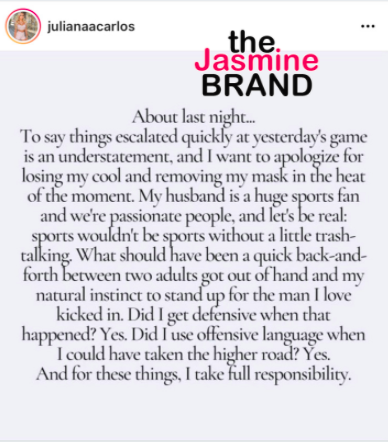 “What should have been a quick back-and-forth between two adults got out of hand and my natural instinct to stand up for the man I love kicked in. Did I get defensive when that happened? Yes. Did I use offensive language when I could have taken the higher road? Yes.”

“And for these things, I take full responsibility.”

Original Story (Feb. 2nd): LeBron James couldn’t help but mock a woman after she, along with her husband, was ejected from Monday night’s (Feb. 1st) game for heckling him.

He also added a handful of laughing Emojis.

During the L.A. Lakers’ game against the Atlanta Hawks, referees removed the woman, Juliana Carlos, and her husband, Chris Carlos, for going a little too hard against LeBron James. She alleged that Chris Carlos got into a screaming match with the NBA star. Juliana Carlos herself removed her COVID-19 mask to yell at LeBron James. Referees ultimately stopped the game to remove the couple.

The referees stopped the game after LeBron was heckled by a spectator in Atlanta. pic.twitter.com/apoDqvt4ll

Juliana Carlos hopped on Instagram Live to share her own version of what happened. She said in a profanity-laced video:

“Anyway, I’m minding my own business, drinking, having fun. All of a sudden, LeBron says something to my husband, and I see this and I stand up. And, I go, ‘Don’t f—ing talk to my husband.’ And, he looks at me and he goes, ‘Sit the f— down, b—-.'”

LeBron James told reporters after the game that the couple shouldn’t have been ejected from the game.

He said of the two fans:

“But they might have had a couple drinks, maybe. And they could’ve probably kept it going, and the game wouldn’t have been about the game no more. I think the referees did what they had to do. I don’t think taking down the mask harmed anybody…I wasn’t close enough to her. I don’t think any of my teammates were lose enough to her. Maybe a couple of refs…So I hope they’re okay.”

What are your thoughts on the couple getting removed from the game and LeBron James’s reaction? Comment and let us know.
Tags: Atlanta Hawks, lebron james, los angeles lakers, recommend
Tweet Like Plus Pin It Share

Floyd Mayweather Says Money He Made From Logan Paul Fight Is ‘Legalized Bank Robbery’, Exact Amount They Actually Earned Is Still A Mystery

Charles Barkley At Risk Of Having Coronavirus, Waiting For Test Results While In Self Quarantine
Exclusive
Post Slider 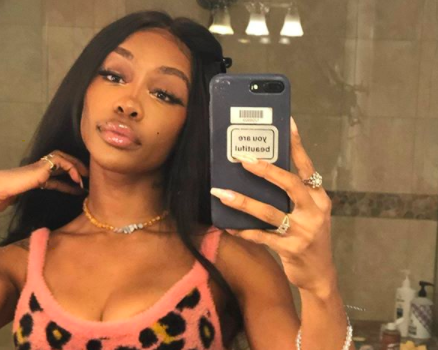 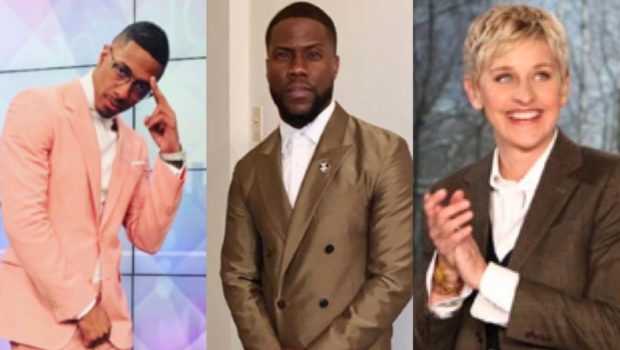