Irv Gotti is now apologizing for the comments he made surrounding DMX‘s death. The 50-year-old record executive faced major criticism after he claimed the late rapper overdosed after a “bad dose of crack”. On Saturday (May 1), the Murder Inc. co-founder posted a lengthy message on Instagram in response to the backlash he received. he began in the caption.

“1st off. Let me say again. How much I love my n-gga X. The fact that this is coming into Question is the only reason why I feel the need to address the bullsh*t. I love X and love him Unconditionally and that won’t change til I die. Dog Love.”

Irv Gotti then insisted that he did not reveal anything about DMX that hadn’t already reported by media outlets.

“Now the interview I did for @wgci and @kendragmedia is the interview where I said what I said about DMX. Now Everything I said. Had already been reported in the media. If you look back at @balleralert and @theshaderoom and other media outlets. everything I said had been out there already. I did not break anything I said. But you know what. I understand. No one wanted to hear it from me. And for that I am truly sorry.” 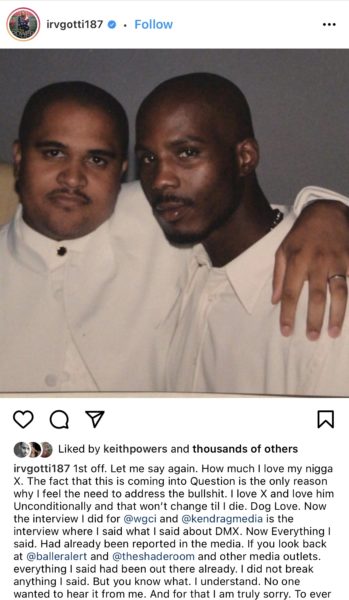 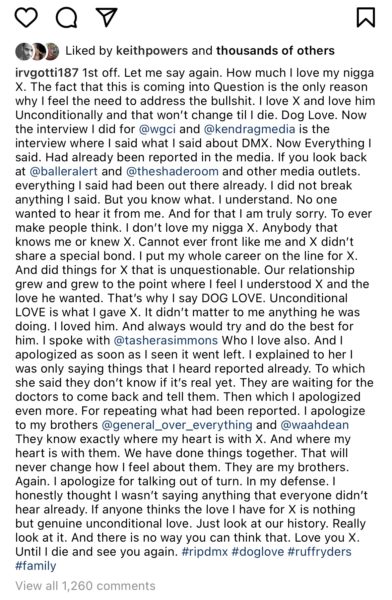 He went on to talk about the close bond he shared with DMX and says he had no ill intent with the comments he made.

“To ever make people think. I don’t love my n*gga X. Anybody that knows me or knew X. Cannot ever front like me and X didn’t share a special bond. I put my whole career on the line for X. And did things for X that is unquestionable. Our relationship grew and grew to the point where I feel I understood X and the love he wanted. That’s why I say DOG LOVE. Unconditional LOVE is what I gave X.”

Gotti also admits that he spoke with DMX’s ex-wife, Tashera Simmons and apologized to her for speaking out of turn.

“I spoke with @tasherasimmons Who I love also. And I apologized as soon as I seen it went left. I explained to her I was only saying things that I heard reported already. To which she said they don’t know if it’s real yet. They are waiting for the doctors to come back and tell them. Then which I apologized even more … I apologize for talking out of turn.” 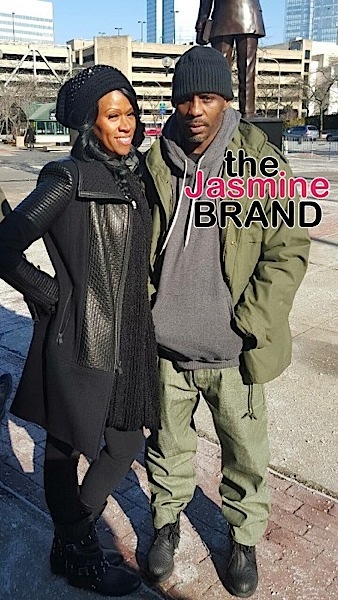 “Again. I apologize for talking out of turn. In my defense. I honestly thought I wasn’t saying anything that everyone didn’t hear already. If anyone thinks the love I have for X is nothing but genuine unconditional love. Just look at our history. Really look at it. And there is no way you can think that. Love you X. Until I die and see you again. #ripdmx #doglove #ruffryders #family”

As previously reported, during a recent interview on the WGCI Morning Show, Irv Gotti said that DMX died from a drug overdose after ‘A Bad Dose Of Crack’ and also claimed the rapper tested positive for Covid-19. DMX’s official cause of death has not been revealed from the medical examiner’s office and his family has yet to confirm the details of the reports surrounding his death. DMX passed away at White Plains Hospital in White Plains, New York on April 9 after a week on life support. He was 50.

What are your thoughts on Irv Gotri’s apology? Let us know in the comments below! 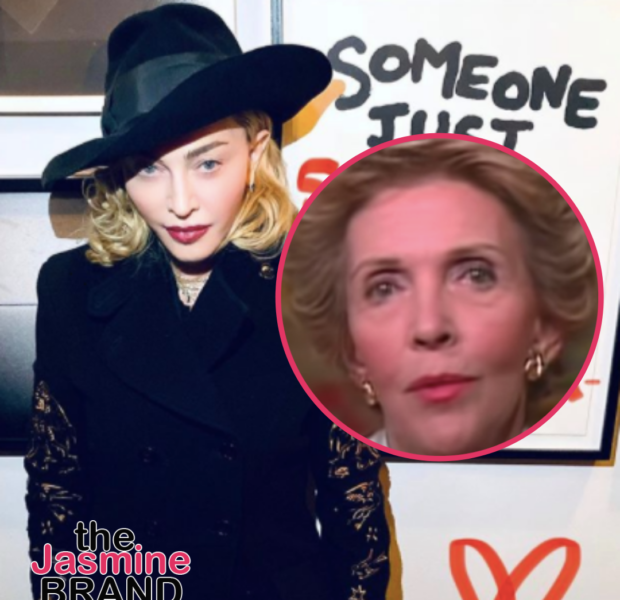 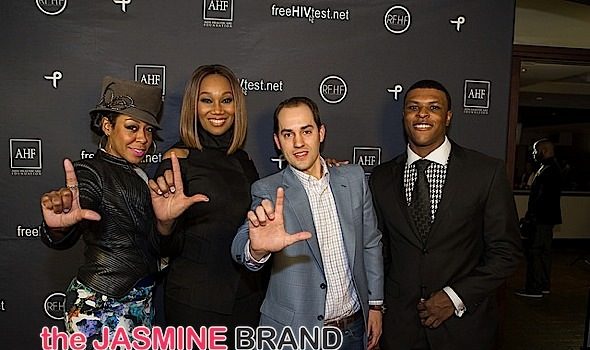 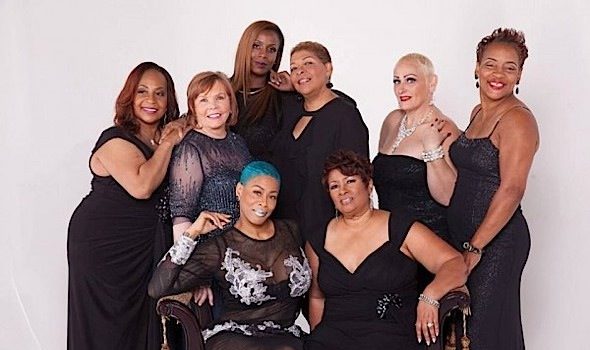