Update #2 (June 9th): Silentó has been denied his request for bond as he faces charges for the fatal shooting of his cousin.

He had a hearing earlier today (June 9th) in Dekalb County, GA, according to TMZ. A judge cited Silentó’s past with mental health concerns and a history of not taking medication as the reasons he should not be released. The judge also noted the prosecutor’s claim that the rapper has been in denial over the status of his mental health and previously left a California mental health center.

The judge said he could potentially be a risk to the public if he were to opt out of taking his medication. Prosecutors added that his grandparents have been against his release on bond.

Still, his legal team dubbed Silentó a local hero who previously sat on the Governor’s Blue Ribbon panel and told younger kids not to use drugs or alcohol. They said he has lived with bipolar and other conditions for years but the judge ruled against his release on bond.

Update #2 (Feb. 3rd): Silentó has the support of his family after he was charged for the shooting death of his cousin.

Chanel Hudson, a representative for the rapper told TMZ that his family wants to stick together as they navigate through both the loss of Frederick Rooks, and Silentó being charged for it.

Hudson previously released a statement on his behalf, noting that he “has been suffering immensely from a series of mental health illnesses” for “the past several years.” 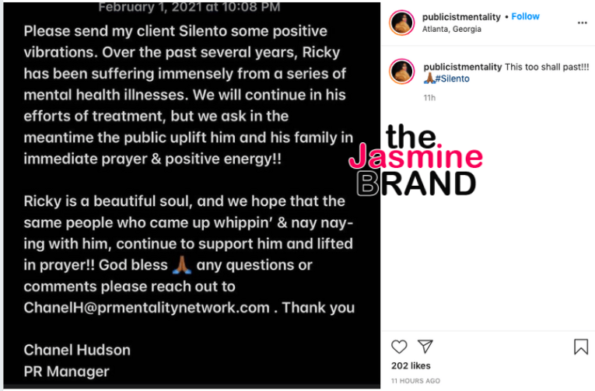 His family also stated they were concerned about his welfare.

He is currently being held without bail, and his lawyer, entertainment attorney Bernie Lawrence-Watkins, added that he’s in need of an immediate psychiatric evaluation and monitoring.

While the family isn’t concerned that he could harm himself while in jail, his lawyer says “anything is possible” and they want to take the necessary steps.

Silentó opened up about his battle with depression on The Doctors in 2019.

Original Story (Feb. 2nd)): Rapper Silentó, known for his hit song “Watch Me (Whip/Nae Nae)” is facing murder charges in the shooting death of his cousin.

“Today, Ricky Hawk, 23, was arrested for the murder of his cousin Frederick Rooks, 34. On January 21, the DeKalb County Police Department investigated Rooks’ death after he was found shot on Deep Shoals Circle. Hawk is in the DeKalb County Jail charged with Murder. #WeAreDKPD“ 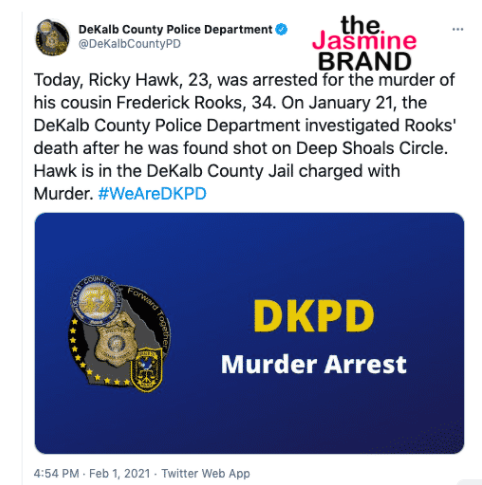 As of late Monday, Feb. 1st, Hawk was still in custody without bond, according to the Atlanta Journal-Constitution.

Rooks was fatally shot on the morning of Jan. 21st in Panthersville. Police responded to a call that there were gunshots around 3:30 a.m. and found Rooks dead on Deep Shoals Circle when they arrived. He suffered several gunshot wounds, DeKalb police Lt. Rod Bryant said in a statement last month.

Bryant said at the time that Rooks most likely knew someone who lived in the area.

“I think it is connected to this house. We’re still doing a little bit more investigation. The people in the house know him, but he really don’t live there, so we’re trying to see what’s going on.”

While there were no details on a suspect last month, police spokeswoman Michaela Vincent said in a new statement,

“However, after a thorough investigation, DKPD detectives identified Hawk as Rooks’ cousin, and the person responsible for Rooks’ murder.”

Footage from residents’ security cameras showed at least one gunshot and multiple cars speeding away from the scene. Eight bullet casings were also found at the scene of the incident. Vincent said police are still trying to find a motive.

In November, Hawk was arrested and pulled over for allegedly driving over 140 miles per hour in Dekalb County, Georgia. He claimed he was being racially profiled and name-dropped then-President Donald Trump, alleging he constantly asked for the rapper’s help. He was booked for one count of exceeding the speed limit, one count of failure to maintain lane, one count of reckless driving, and one count of improper stopping.

What are your thoughts on Silentó being charged for his cousin’s murder? Comment and let us know. 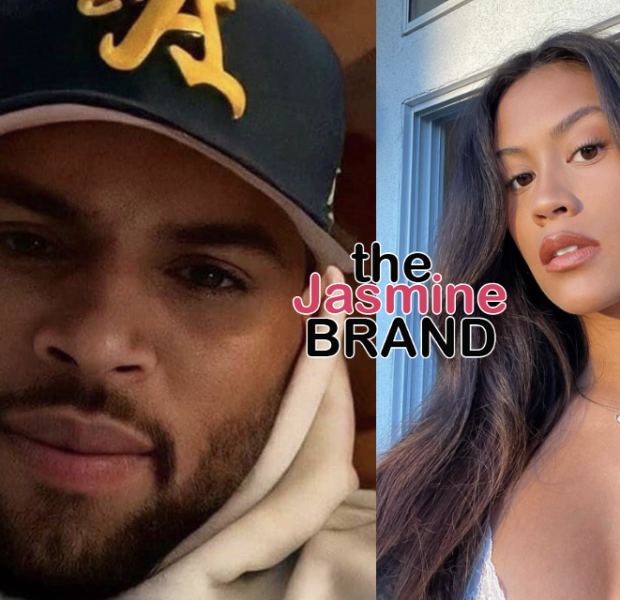