Kenya Barris has a message for those who think he’s a colorist and has too many “ish” shows. He also clarified recent remarks he made about Netflix.

As previously reported, in a recent interview with The Hollywood Reporter, Kenya Barris went into detail about why he ultimately decided to step away from his $100 million deal with Netflix. He shared that he wanted to do “in-your-face sh*t” while Netflix wasn’t here for his “edgy” ideas and wanted to play it safe. The well-known producer also said,

Not everyone was happy with Kenya Barris’ remarks on Netflix and he received some criticism following his interview being released. In two lengthy Instagram posts, the ‘Black-ish’ creator explained in depth what he meant by his controversial comments. He wrote,

“Before I thank @laceyvrose and @hollywoodreporter for this amazing cover story I wanna make sure I clear some tings up der… 1.) NETFLIX IS EDGY AF AND NOT CORNY 2.) TED SARANDOS IS MY FRIEND AND CHANGED MY LIFE. 3.) I F*CK WITH CHARLAMAGNE @cthagod TUFF!!!! Remember this, as much as headlines and rumors and Twitter “experts” want you to believe things are the way they say it is “A LIE WILL TRAVEL TWICE AROUND THE WORLD AND BACK BEFORE THE TRUTH CAN PUT HIS SHOES ON…”. I was so blown away with this flattering and in depth story about the work I and my company are doing now but there were many things that were ran away with by the wrong people.”

“Netflix is only CBS in that they are F*CKING HUGE and when you become synonymous with TV you have to become synonymous with TV. Period. They are the biggest on the block and they are acting accordingly, including being in business with me on a ton of great project including an amazing project I have with my friend @laurenlondon and an amazing project I’m writing with my partner @cstudentproductions and EP’ing with my man @50cent #The50thLaw. They have supported me at every turn since I left my family at @disney @blackishabc (whom I also still have nothing but love for and many projects with) and we continue to be family.”

During his interview with The Hollywood Reporter, Kenya Barris addressed people, such as Charlamagne Tha God, who says he makes content for white people. He said,

“That’s Hollywood. That’s the people who made the movies I love. Why would I not want them to like what I do? People are like, ‘You’re tap dancing.’ And I’m like, ‘Am I tap dancing, or am I wanting Michael Jordan to think I’m good, and I’m LeBron James?’”

“In terms of [Charlamagne] he is a Titan and a real one in every way possible. We have always been straight and I’m not gonna let Twitter trolls and gossip mongers make two Black Men who have nothing but respect and love for each other be belittled into a “Twitter Beef” or an “incident in the streets” because that’s what would serve the narrative better.”

“Enough is a enough. I’m not a colorist. Not even in the least bit and the morons who would continue to have no life and want to write stupid little jokes on the internet because they were able to save up and buy a laptop and hop onto somebody’s Wi-Fi connection need to GFTOH with that rah-rah. I was blessed enough to do a show based on my family (whom there are 100’s of pictures of all over the internet) and I cast the kids to look like the beautiful family I and my biracial wife were humbled by God’s grace to be able to produce and raise. (Con’t…)” 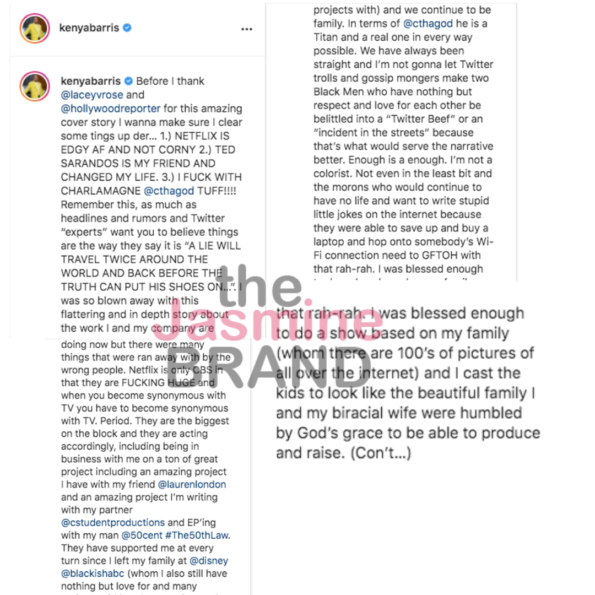 In his second IG post, he addressed people who think he has too many “ish” shows amid the success of black-ish and its spinoffs black-ish and mixed-ish.

“Part 2 – . And as far as there being enough -ish shows… ok fine. But why is it that we can find it in our DNA to want to stop a Black Man from expanding and growing based off his brand but see NOTHING wrong with mega producers like Dick Wolf continuing to grow his empire and provide jobs and legacy for his family?”

“We gotta do better guys. I love “us”. I do. Everything I’ve ever done has reflected that at the highest levels. But if we keep cutting each other down once we achieve success we’ll never be where “we” want and need to be as a collective. I love you all and I will never stop telling stories about us.” 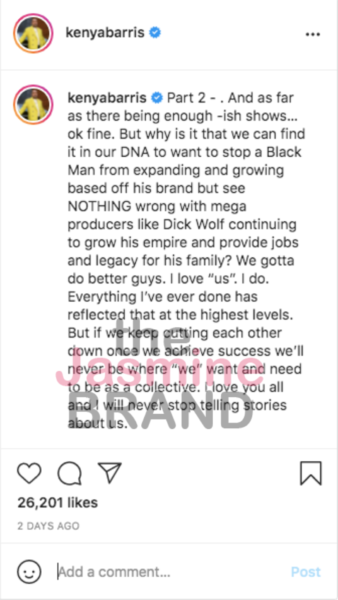 What are your thoughts on what Kenya Barris had to say? Tell us below. 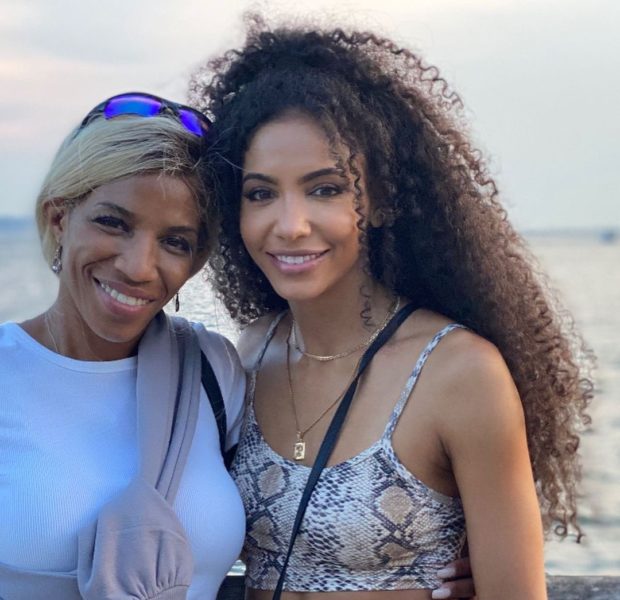 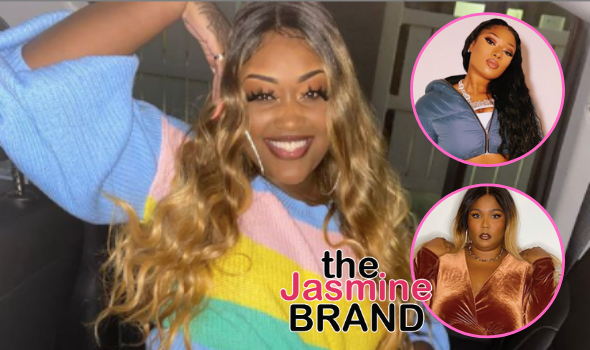 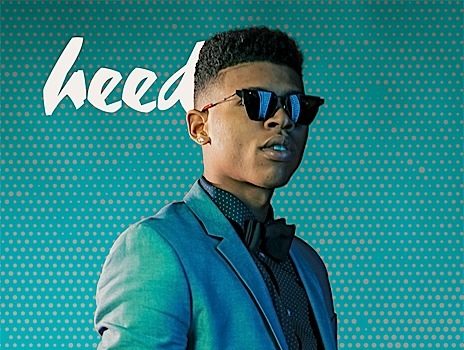