DaBaby took the opportunity to speak on the backlash against him during a recent performance.

Yesterday (Sunday, August 22nd), DaBaby performed at Hot 97’s annual Summer Jam festival in New Jersey. During his performance, DaBaby (real name Jonathan Kirk) played a pre-recorded video to address his recent controversy. As you may recall, DaBaby has been facing a large amount of backlash after making negative remarks about gay men and people diagnosed with HIV. The rapper stated during his Rolling Loud performance last month:

Since then, DaBaby has been dropped from numerous festivals–but not from Summer Jam. While there, he played a video in which he addressed the controversy, saying:

“[Hot 97] allowed me to share my gift, share my blessing with y’all out here live on this stage amongst all the chaos and all the backlash. So hats off to y’all for that… They accepted my sincerity and all my apologies when I said I never, ever meant to offend anybody or say anything to make anybody feel any type of way live on that stage a few weeks ago.”

“And Hot 97 was also willing to stick they neck out on the line, willing to go against all odds with everything going on out here in the world, and still allow me to come out here on this stage and utilize they platform to help the world move forward.”

DaBaby gives his thanks to @HOT97 and lists several reasons why they let him perform tonight #SummerJam pic.twitter.com/F0d4sAoWsL

Shortly thereafter, DaBaby proceeded to perform “Cry Baby,” a collaboration he did with Megan Thee Stallion. During this time, he stated:

“Check this out. Other than the people that, you know, was truly offended, I feel like the rest of y’all motherf***ers being cry babies.”

This is not the first time the rapper has publicly addressed the controversy. Earlier this month, DaBaby apologized for his statements through Instagram. However, he deleted the apology from his account about one week later. 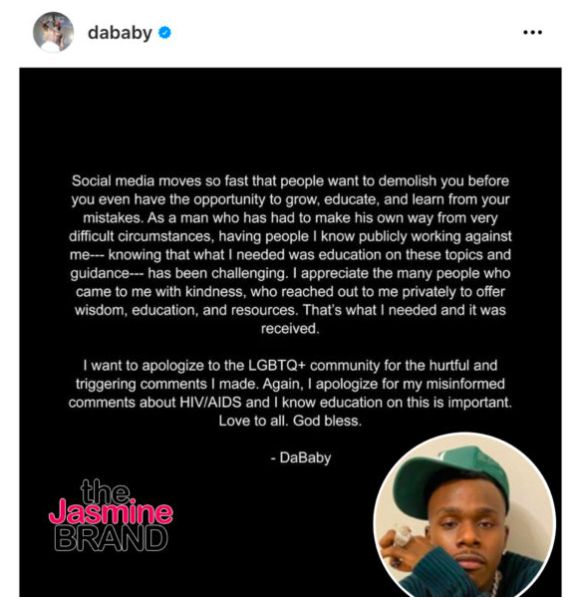 He also seemingly addressed the situation at the end of his music video for “Giving What It’s Supposed To Give”:

“Don’t fight hate with hate. My apologies for being me the same way you want the freedom to be you.”

What do you think about DaBaby’s new remarks? Comment down below to let us know! 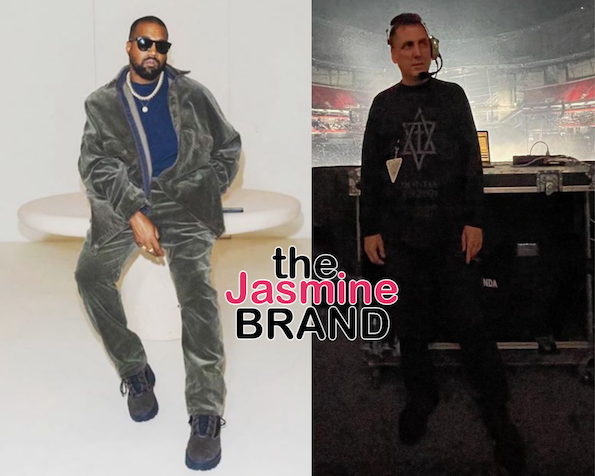 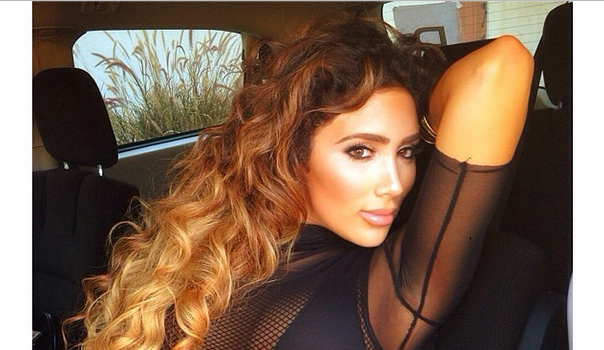