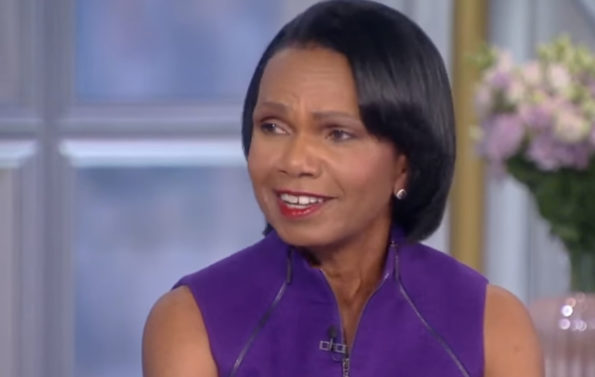 Condoleezza Rice says the conversation on race is going in the wrong direction.

While visiting ‘The View,’ former Secretary of State Condoleezza Rice, 66, made her stance clear on the idea of Critical Race Theory being taught in school, declaring black kids should be empowered but white kids don’t need to feel guilty. 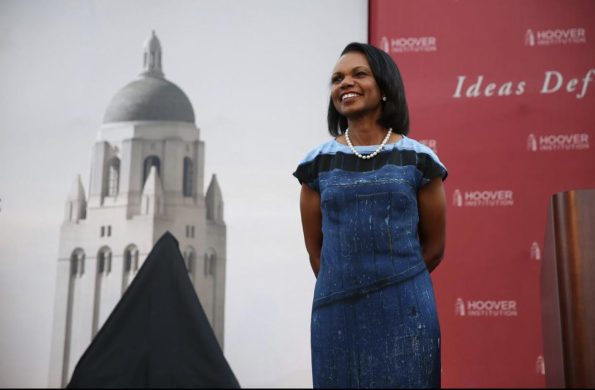 “I come out of an academic institution and this is something that academics debate, ‘what is the role of race,’ and let me be very clear…I grew up in segregated Birmingham, Alabama. I couldn’t go to a movie theater or restaurant with my parents. I went to segregated schools until we moved to Denver, [and] my parents never thought I grow up in a world without prejudice but they also told me that was somebody else’s problem and you’re going to overcome it and be anything you want to be and that’s the message we ought to be sending to kids.”

“One of the worries that I have is the way we’re talking about race is that it either seems so big that somehow white people now have to feel guilty for everything that happened in the past, I don’t think that’s very productive or Black people feel disempowered by race.”

I would like Black kids to be completely empowered – to know they are beautiful in their Blackness – but in order to do that, I don’t have to make white kids feel bad for being white. So, somehow this is a conversation that has gone in the wrong direction,”

Following her comments, fans of the show immediately took to Twitter to express their thoughts on her stance.

Baby when I tell you I am totally over Condoleezza Rice. She is a mess. Not to mention a little rude. #TheView pic.twitter.com/67Bps1eUwL

Wow. Did not expect Condoleezza Rice on #TheView to be a supporter of white fragility. pic.twitter.com/6mPny7Usx5 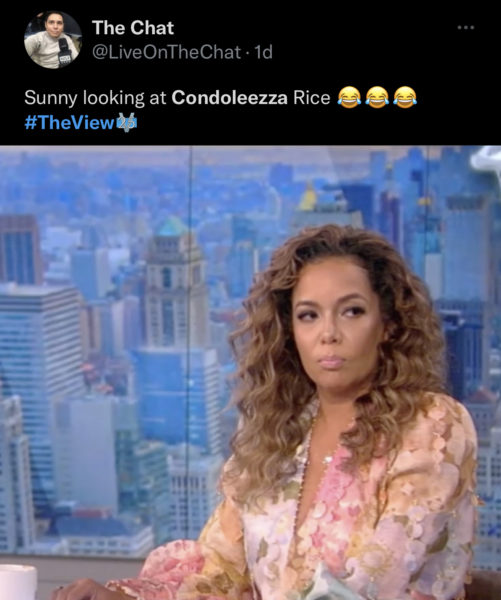 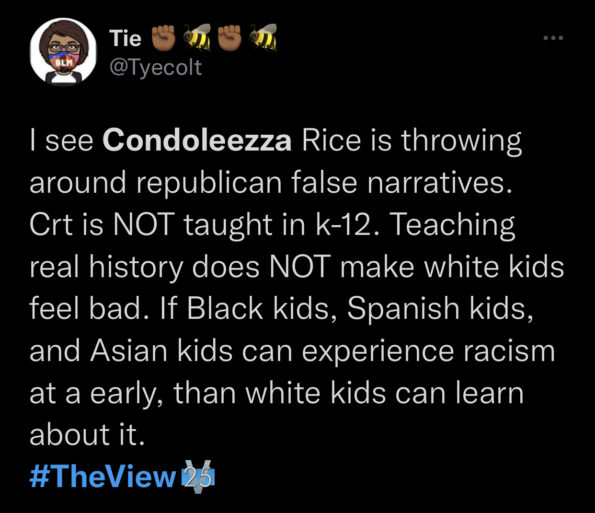 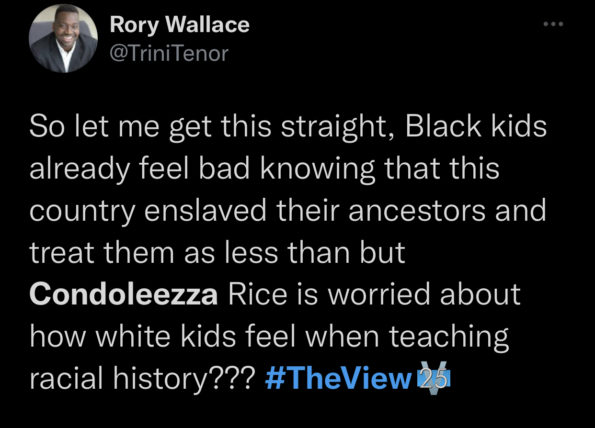 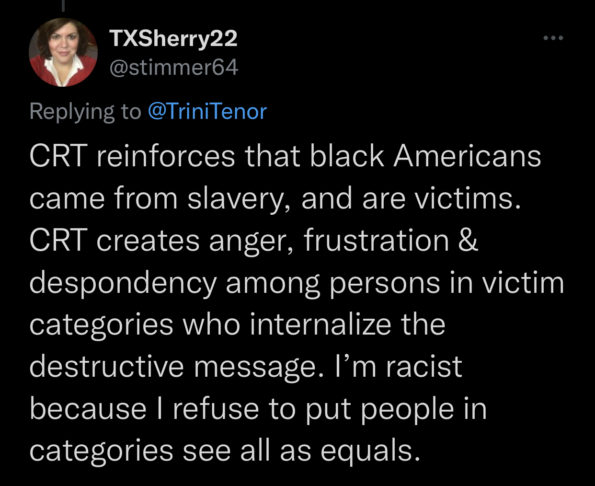 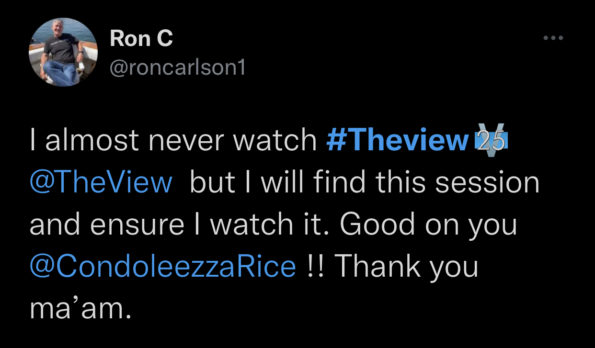 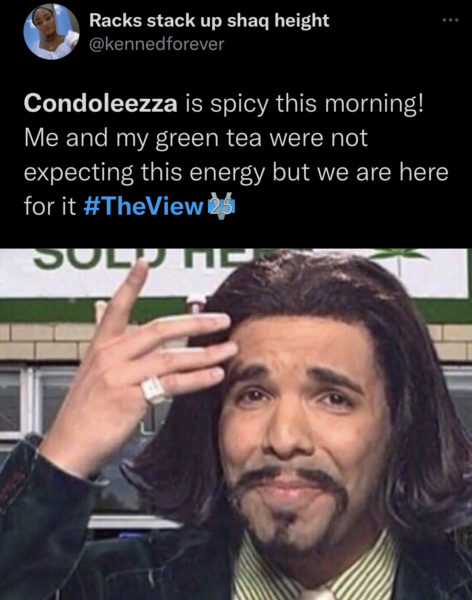 Do you agree with Condoleezza Rice’s statements? Tell us your thoughts in the comments. 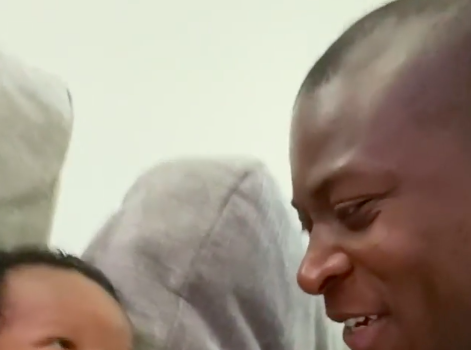