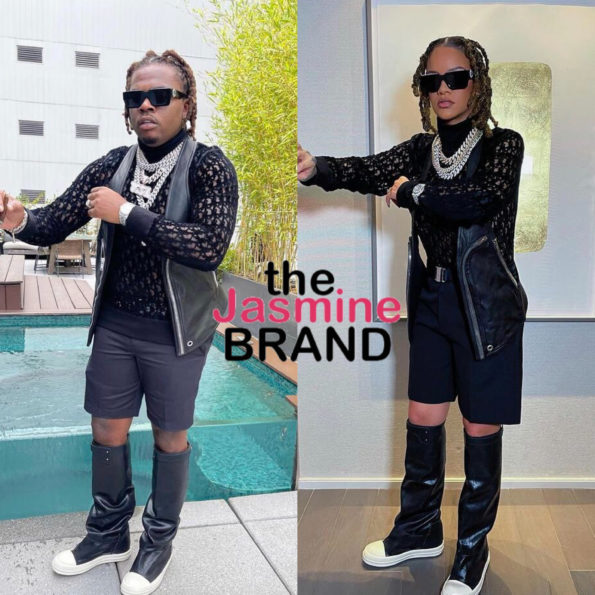 Gunna loves his fashion and so do some of Hollywood’s biggest stars! The Atlanta based artist recently shared his reaction to Rihanna dressing like him on Halloween. While on the the American Music Awards red carpet, he was asked what he thought about Rihanna dressing as him.

Gunna shared his reaction to Rihanna dressing as him for Halloween on the red carpet at the 2021 #AMAs. pic.twitter.com/FZrmTJg55A

“I was like oh my God, the goat just went in my closet and got dressed. I couldn’t believe it. But I was very very flattered and honored.”

Billboard’s Chelsea Briggs also asked about the rumors of him dating Chlöe. He admitted he went on a “date” but they’re just friends.

“We’re not dating. That was just like a date, though, where you just go to the game and, you know, catch a vibe. But she’s my friend. We went to the studio after and locked in, she’s very creative. She’s very talented. And you will be seeing us more.”

Gunna was also asked about a potential record between Gunna and Chlöe. He responded their could possibly be a collaboration coming.

“We did two songs, but I think she might want to use it for her album, or I might take it for my album, but who knows. We definitely got new music coming up for sure.”

What did you think about Gunna’s interview? Let us know down below.