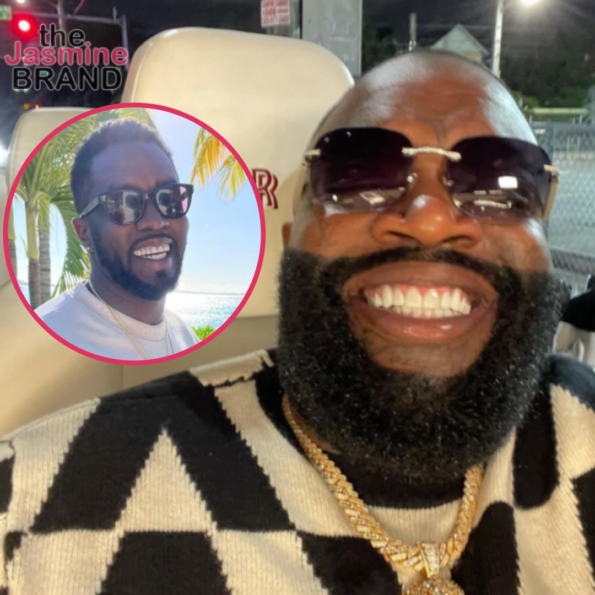 Sometimes an opportunity is worth much more than the momentary financial gain, if anyone knows this to be true it’s rapper and business mogul Rick Ross.

While discussing why he offers brand ambassador jobs, Wingstop franchise owner Rick Ross reveals he was once an unpaid brand ambassador for P. Diddy’s liquor company Ciroc while already being a huge artist. He goes on to say Diddy later gave him a million dollar check for going hard and showing initiative. 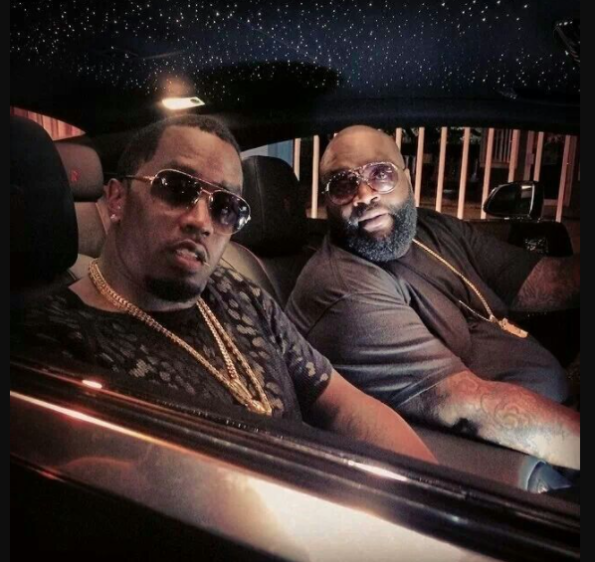 In a recent discussion appearing to be answering frequently asked questions, Diced Pineapples rapper and businessman Rick Ross explained why he offers mostly brand ambassador jobs. The 46-year-old artist answered the question, speaking on showcasing what an individual can offer to a company saying:

“What else can I offer you virtually? – That’s a plus, you’re coming to the table with something. That’s what you doing when you go to a job and they giving you an interview they actually want to see what are you coming the the table with?

On a written caption over the video, the Wingstop multi-franchise owner discussed how we worked for Hip-hop icon and businessman P. Diddy’s Ciroc liquor company unpaid for over a year writing:

“I was once an upaid brand ambassador for Ciroc for a year +…taking pics,post, etc already a huge artist! Following yr Diddy gave me a 1 million dollar check just for taking The initiative and going hard as I did when no one else was!” 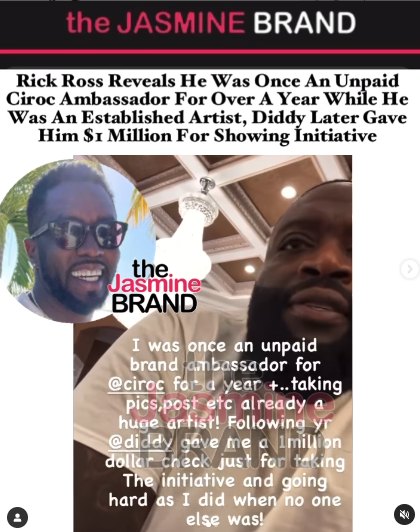 He goes on to give watchers his three most valuable gifts – which he says is his determination, ambition to learn, and is still pondering the third. 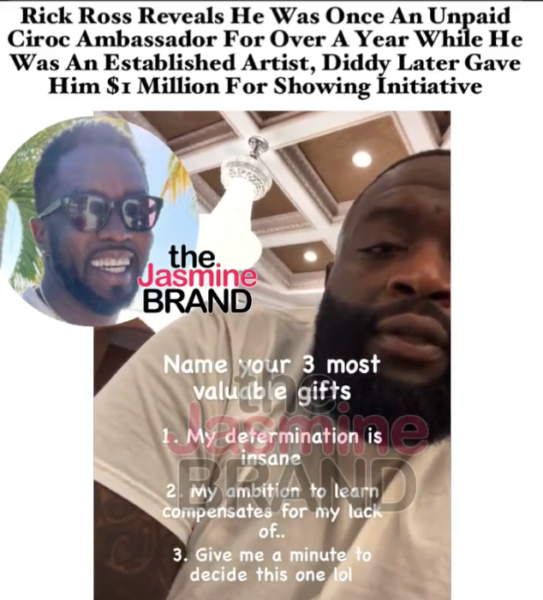 The Aston Martin Music artist wrapped up his discussion reminding viewers that everyone can sweep and mop, but it takes more to stand out from a crowd stating:

“What are your gifts what makes you unique? Or are you just a standard individual that can mop and sweep?” 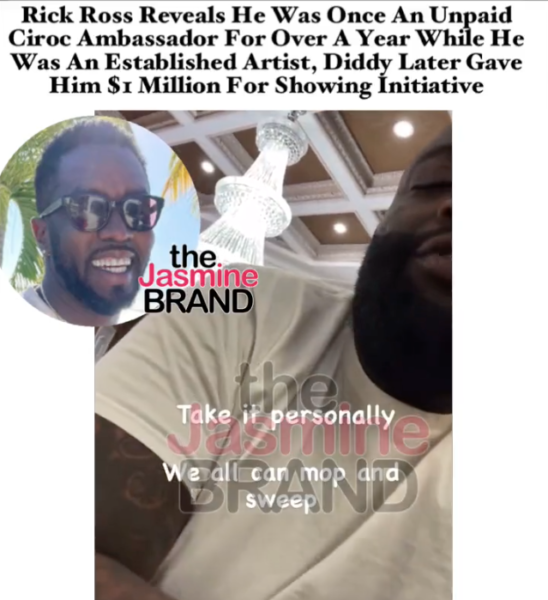 Can ya’ll relate to taking unpaid opportunities that later paid off? Tell us about it in the comment section! 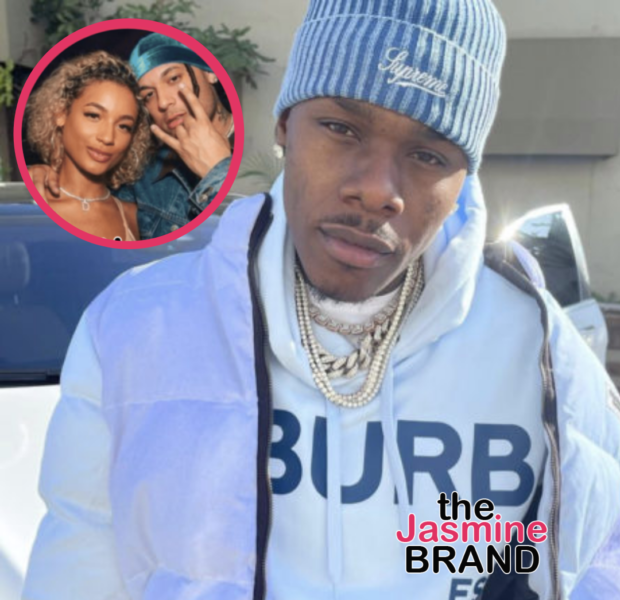 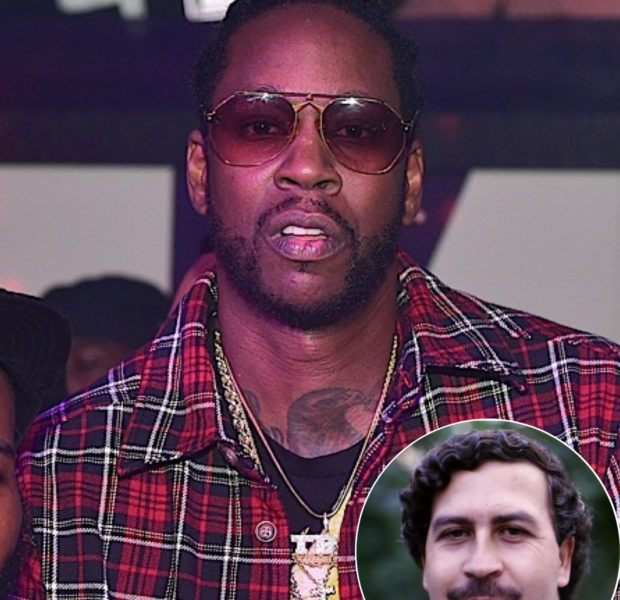 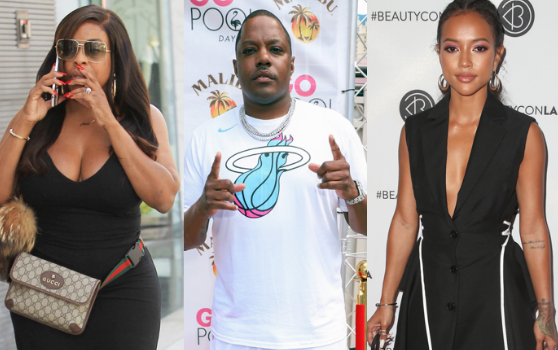 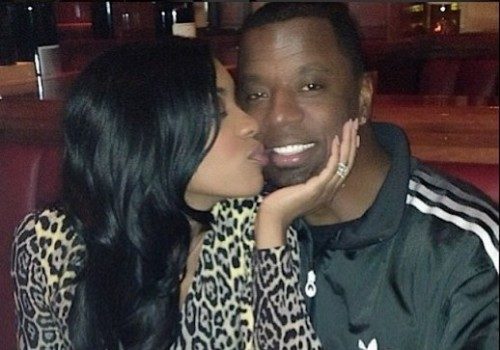 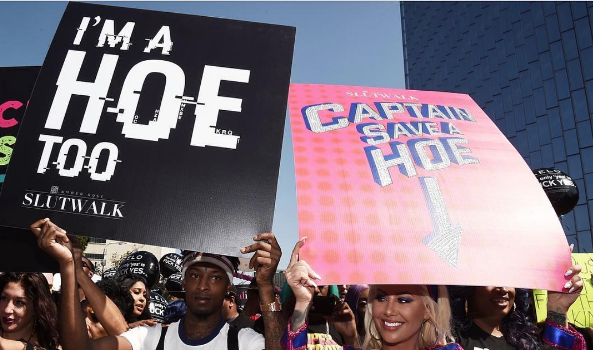