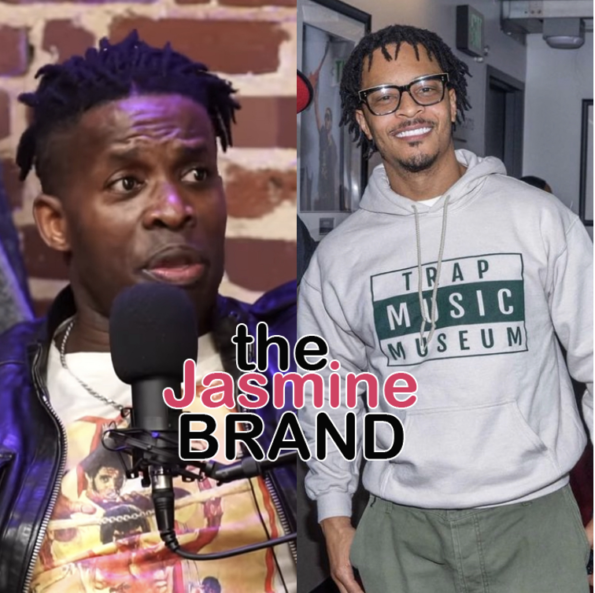 It looks like T.I. and Godfrey have made peace, but not before T.I. told him how he really feels.

During a recent episode of Godfrey’s Youtube series/Podcast, ‘In Godfrey We Trust, the comedy veteran had T.I. on as a guest so that the two could clear the air. As previously reported, the two men crossed paths during an Atlanta comedy show in which T.I. performed a stand-up routine. Godfrey later spoke out stating that he did not consider T.I. a real comedian and did not bother to watch his routine.

Part 2 Comedian Godfrey Says T.I. Is NOT A Comedian, But Is Taking It Serious + T.I. Responds! pic.twitter.com/iDx0PQyptc

As no surprise, T.I. wasn’t too fond of Godfrey’s remarks and took to social media to share his thoughts.

Part 1 Comedian Godfrey Says T.I. Is NOT A Comedian, But Is Taking It Serious + T.I. Responds! pic.twitter.com/bjeq95OHlY

Now, the rapper and comedian are ready to clear the air and get to the bottom of their misunderstanding. T.I. begins by explaining that he would have appreciated if Godfrey shared his opinions to his face vs. sharing it on his podcast and seeming dissing the atlanta rapper.

“I think it would have been wise for us to have that discussion before you went speaking on things that you ain’t even know about. Whether they want to come see me tell jokes or whether they want to hear me talk about my life right, whatever it is, they in there for a reason.”

“The only mother***r that got a problem with it is the mother***r that wasn’t in the crowd.. And if you was there and came in there and said, ‘I heard him him, he wasn’t s**t’ I could respect it because I consider you a G.”

T.I. expressed that he felt Godfrey was being condescending with his remarks and came off two-faced.

“It was not the point of you saying you weren’t going to come see me… it’s it’s the tone in which it was a very condescending tone and it was really to me kind of like again, I’ll say it was a different person than the person I met backstage and I felt like any kind of discomfort you may have felt, and if I crossed the line I felt like you would have said that then.”

Godfrey was apologetic and tried to explain his side of things noting that ‘it’s just the way comedians talk’.

“I’m not a two-faced dude first off and that’s why I said I need to talk to you right away, let’s talk face to face. That’s why I apologized at the top..It’s just the way comedians talk and i’m not dissing you at all because there’s mother***s that have been dissing you like ‘why the f**is he doing comedy in the first place’… As soon as they said ‘well T.I. made a video’ I said I bet you it’s the s**t I said on the podcast and they miss misconstrued it….People are going to twist my words.”

T.I. quickly interjected letting Godfrey know he’s strictly going off of what he heard and not what others are saying.

Godfrey reassures T.I. he has no ill intention and respects him.

What are your thoughts on T.I and Godfrey’s conversation? Let us know in the comments below!
Tags: godfrey, recommend, t.i.
Tweet Like Plus Pin It Share

Nicki Minaj Is A Product Of Lil Kim, According To Usher
Exclusive
Post Slider 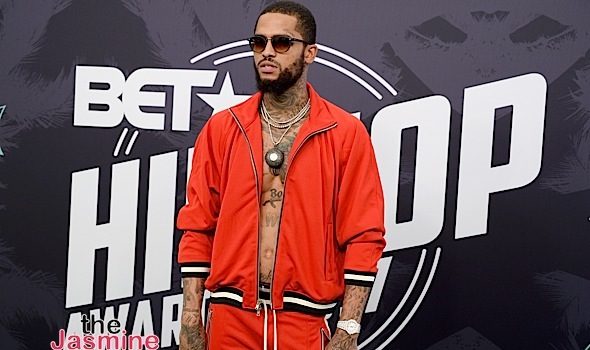 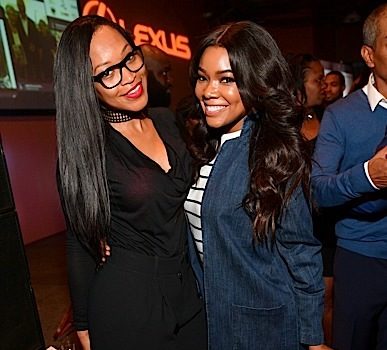