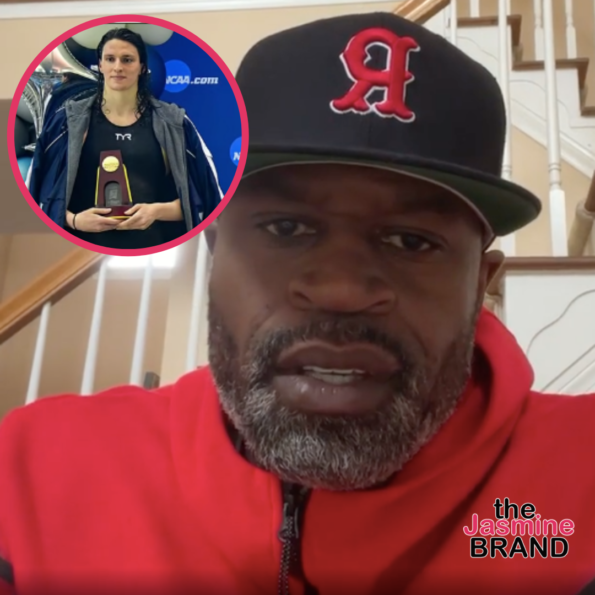 Stephen Jackson isn’t biting his tongue when it comes to transwomen in sports.

Yesterday retired NBA player Stephen Jackson, 43, took to his Instagram to call out what he considers to be a double standard in the world of women’s sports. In a video shared with his almost 100k IG followers, Stephen Jackson addressed how Lia Thomas, who is a trans collegiate athlete, is allowed to compete on her university’s women’s team. However, South African two-time Olympic gold medalist Caster Semenya, who is a cisgender woman, was barred by track’s governing body, World Athletics, from competing in races from 400 meters to 1 mile after refusing to lower her naturally high testosterone levels. 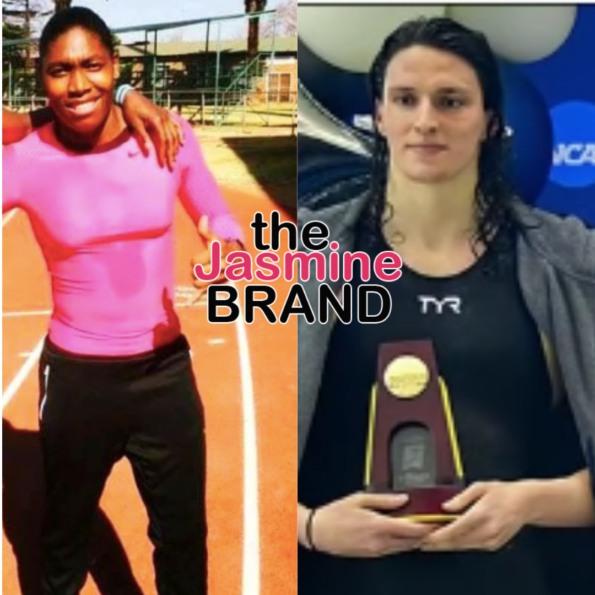 While speaking on the controversial issue Jackson  said,

“And what we not about to do – we’re not about to have our young women of all races work hard they whole life of the sport – put all this time in to be great, to win a medal, to be at the top, to be one of the best at their sport – And then all the work they put in once they get to the top…now all of a sudden they got to compete against a woman who had a sex change and is really a man.”

“We got to save women sports! And anybody that thinks that’s fair – you are sick! If you are not good as a man and you can’t compete with men don’t think you can have a sex change and go compete [with] women. That sh*t ain’t gonna ride! Ya’ll sick.”

“By allowing men to compete in women’s sports, the NCAA is destroying opportunities for women, making a mockery of its championships, and perpetuating a fraud.

In Florida, we reject these lies and recognize Sarasota’s Emma Weyant as the best women’s swimmer in the 500y freestyle.”

By allowing men to compete in women's sports, the NCAA is destroying opportunities for women, making a mockery of its championships, and perpetuating a fraud.

In Florida, we reject these lies and recognize Sarasota's Emma Weyant as the best women's swimmer in the 500y freestyle. pic.twitter.com/tBmFxFE3q6

Caitlyn Jenner chimed in on the tweet and added, 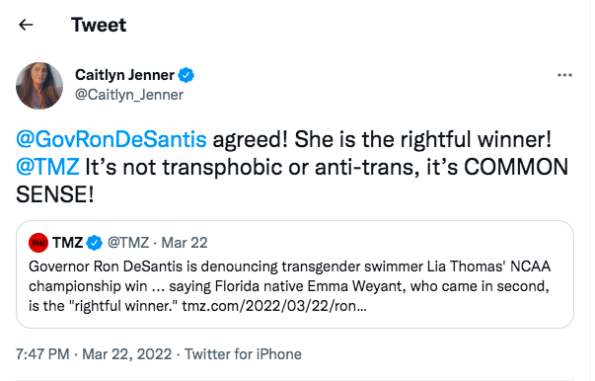 According to reports, Thomas previously spent 3 years on her university’s men’s team prior to her transition. She reportedly went through 12 months of hormone replacement therapy before joining the women’s team. Thomas is the first transgender athlete to win an NCAA championship. 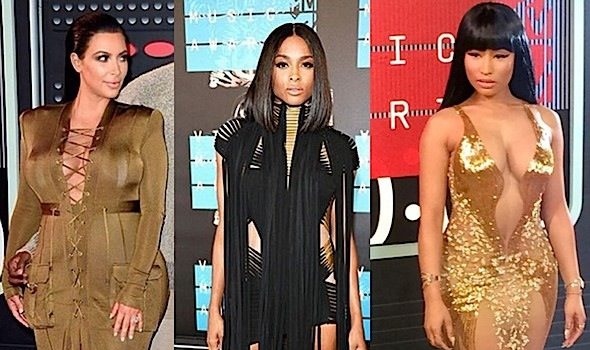