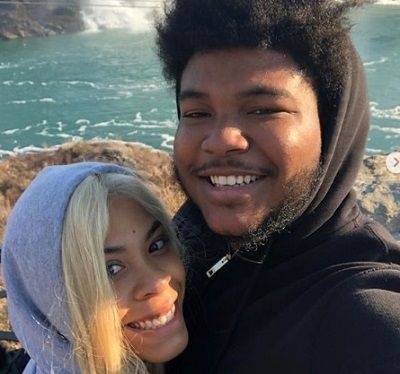 Rapper and singer Rico Nasty, 24, took to Instagram early Monday morning (March 28) to reveal she allegedly had just been a victim of physical assault by long-time boyfriend, Malik Foxx. 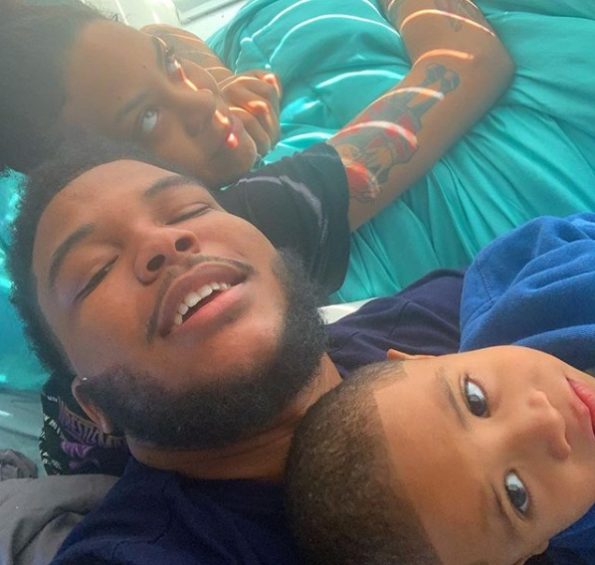 “I can’t believe u just put your hands on me. And I didn’t even touch you @dodontsay_.” She continued, “Guess I’m one of ‘them’ now.” 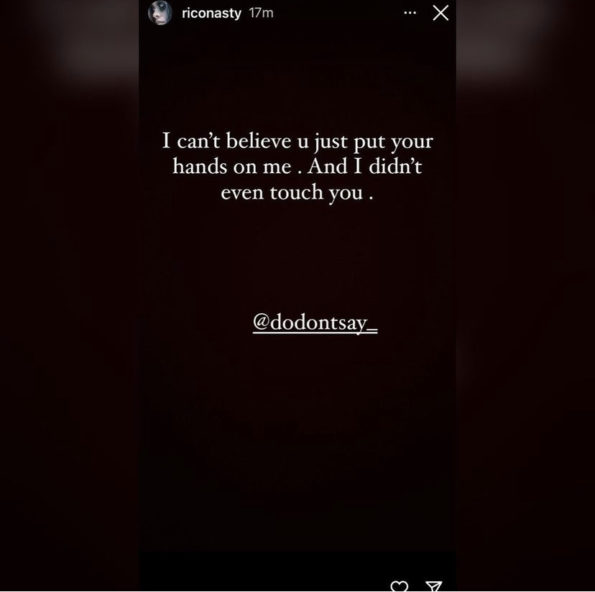 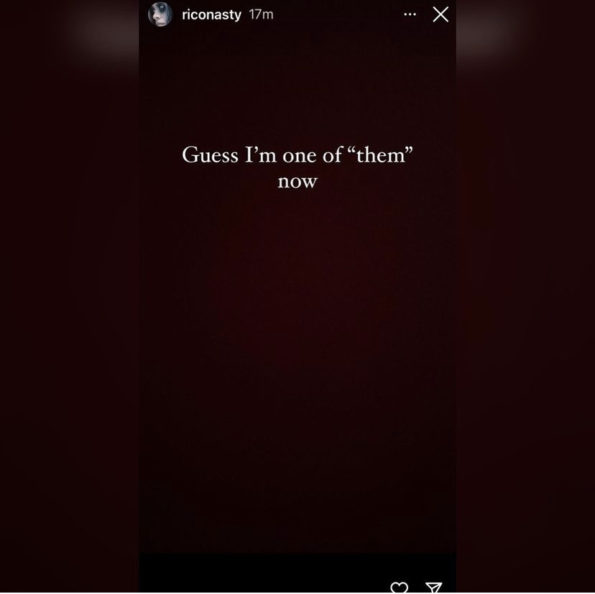 The cause of the alleged altercation appears to stem from Rico Nasty wanting to check Malik’s phone to see what he has been up to.

“So lemme get this straight. U go through my phone for yearsssss. I finally ask for yours and can’t see it. @dodontsay_ u dead to me. u a liar.” 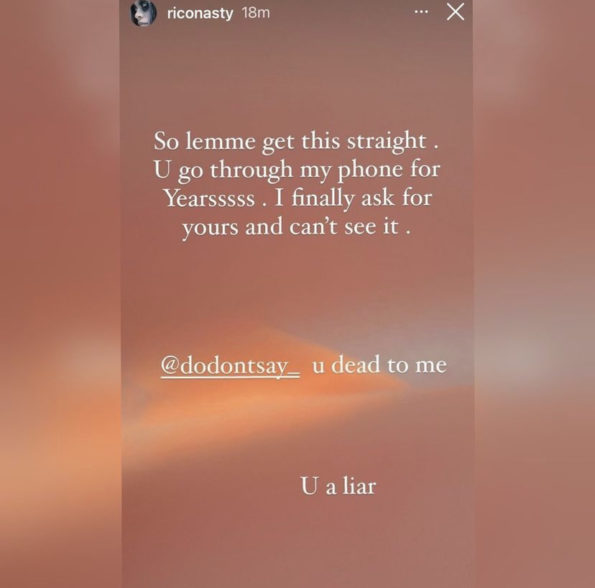 After the allegations, Rico implies that her boyfriend, known as “@dodontsay_” in the posts, has her password and will log into her account and delete her posts. She added,

“Lmaoaoaoaoaoa, he probably about to log into my s–t and delete this. I swear I hate my life.”

The rapper deleted the worrying allegations on her story soon after, but that didn’t stop Malik from posting from his Instagram account to clear his name following her allegations.

While Rico didn’t provide much background on the situation in question, Malik’s version certainly raises questions on what really transpired between the two. Malik claims that after asking Rico to leave him alone, he was chased, threatened and had things thrown at him, he then picked her up, put her outside the room and locked the door.

If asking a woman repeatedly to leave you alone after she’s chased you around the room thrown shit at you, thrown her phone at your head, told you she’s gonna kill you, going towards your tv and computer threatening to break everything in site and after her not listening picking her up and putting her outside the room and locking the door counts as putting your hands on her then ok that’s what’s happened.” 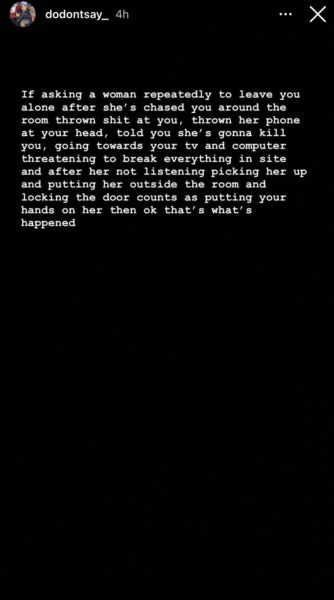 Malik even makes it clear who he’s referring to in the post in another post to his story, tagging the rapper directly, saying,

“@riconasty You’ve painted a picture that i hit you last night and that’s a lie I didn’t put my hands on you You attacked me And i asked you to leave and you wouldn’t so i got you out my room and locked the door Your legit crazy! You posted that bullshit ass lie and deleted it seconds later because your cap You a liar and you fasho ain’t shit for this one Stop tryna trash my name bro That’s shit ain’t cool You can be mad all you want about the relationship but don’t label me a woman beater That’s not at all what it is.” 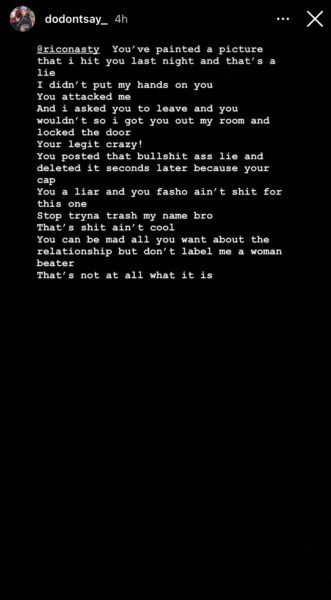 Back in 2018, in an article published in XXL Mag, Malik was described to be Rico’s boyfriend/manager. As of now, there are no official reports in regards to any injuries from the incident or if further investigation will take place.

Do you think the couple should separate temporarily? Let us know in the comments below. 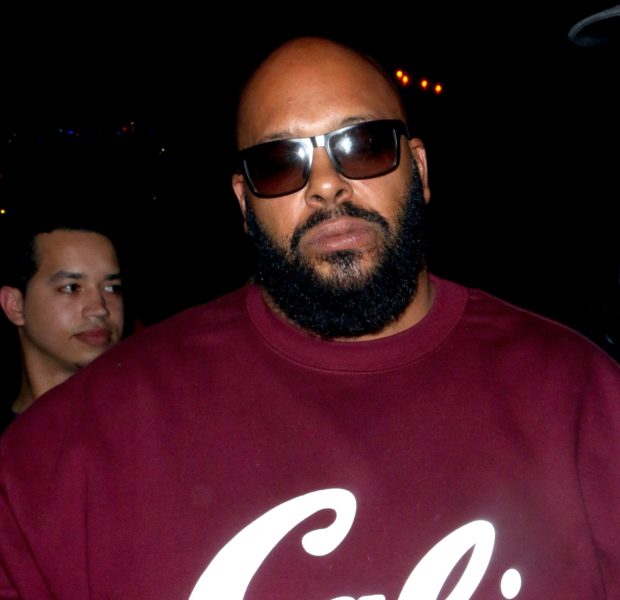 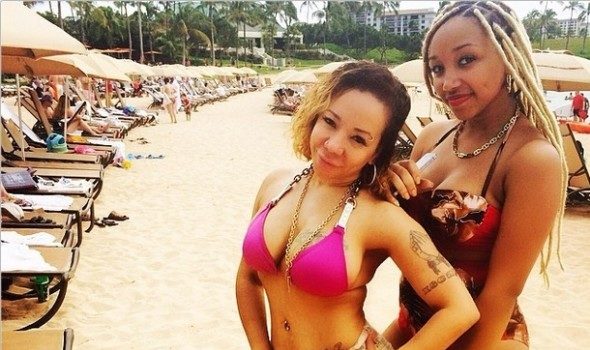 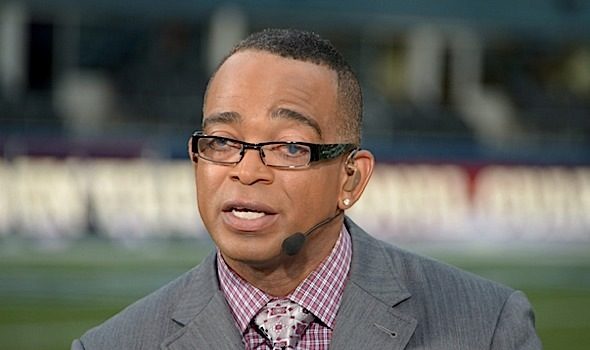