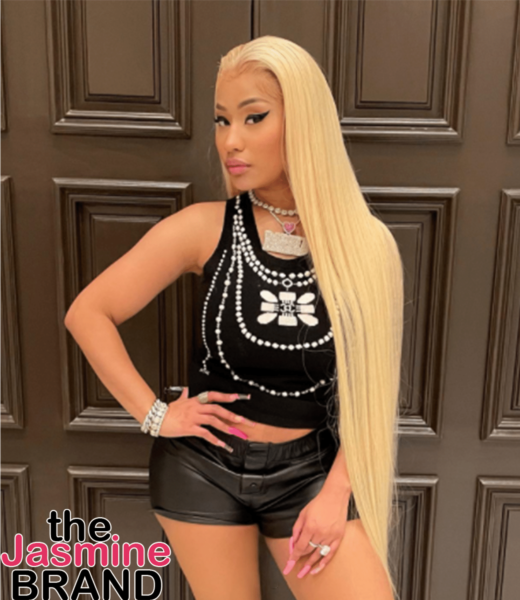 New York city rapper Nicki Minaj is making sure fans get a taste of her latest drill track.

Nicki Minaj, 39, took to Twitter on Tuesday (April 19) to warn her fan base that she would “significantly” delay her upcoming fifth studio album if listeners don’t stream her latest music video for “We Go Up,” which features drill rapper Fivio Foreign.

“If y’all don’t do what needs to be done with the #WeGoUpVideo I will significantly and I DO mean significantly…delay the…the…the…oh what’s the word… oh! the album. That’s right. *sighs* the album *devil wears Prada Meryl Streep voice*.” 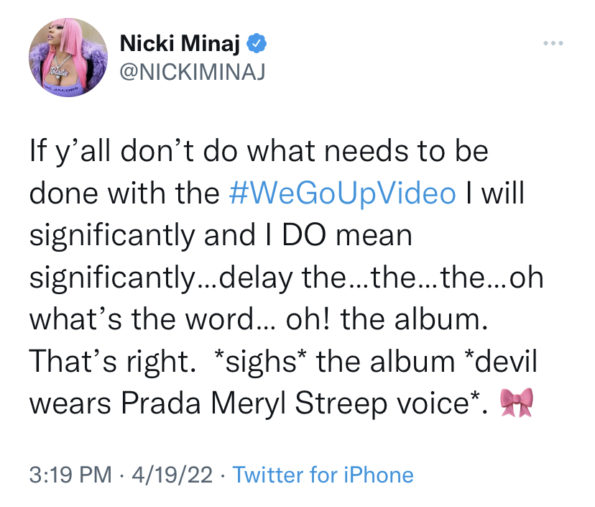 “The Barbz,” known as the group of devoted fans of Nicki Minaj, reacted to the versatile rapper’s declaring tweet. Some fans responded with heavy support, while others responded with expectations of the album getting delayed. See reactions below: 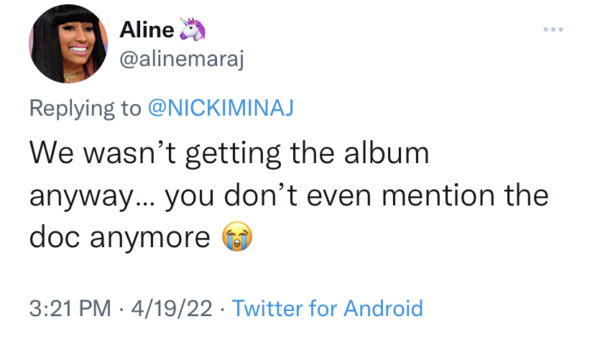 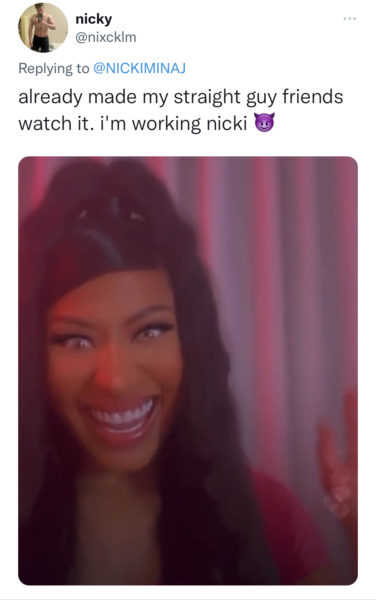 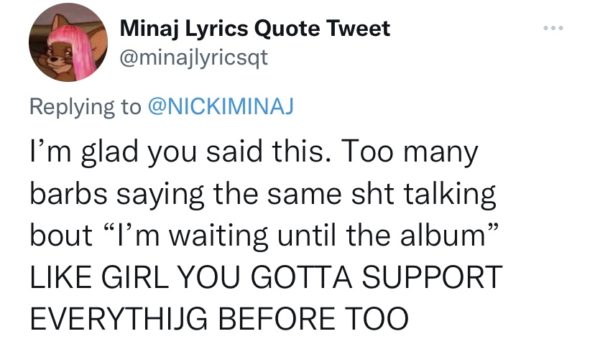 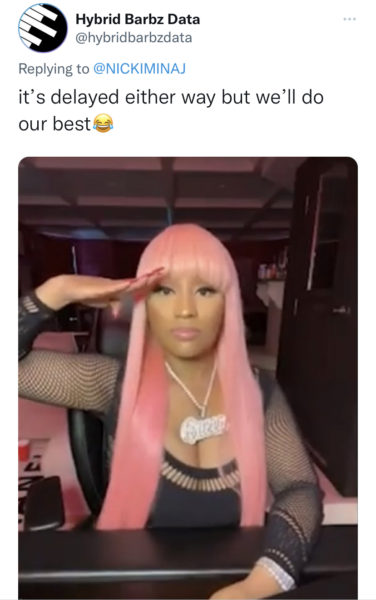 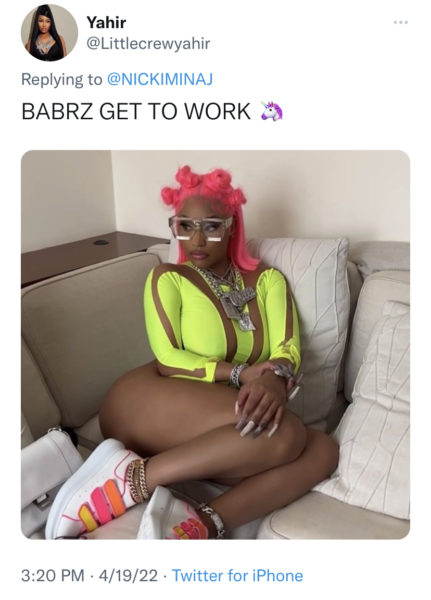 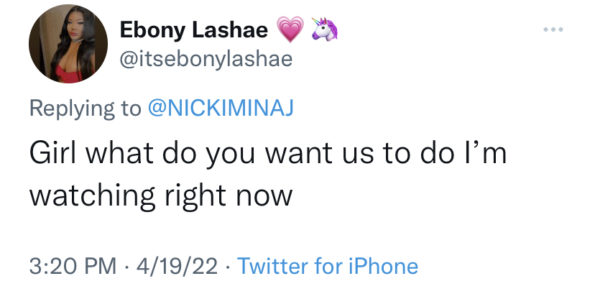 Do you think Nicki Minaj should delay the release of her fifth studio album? Tell us in the comments below! 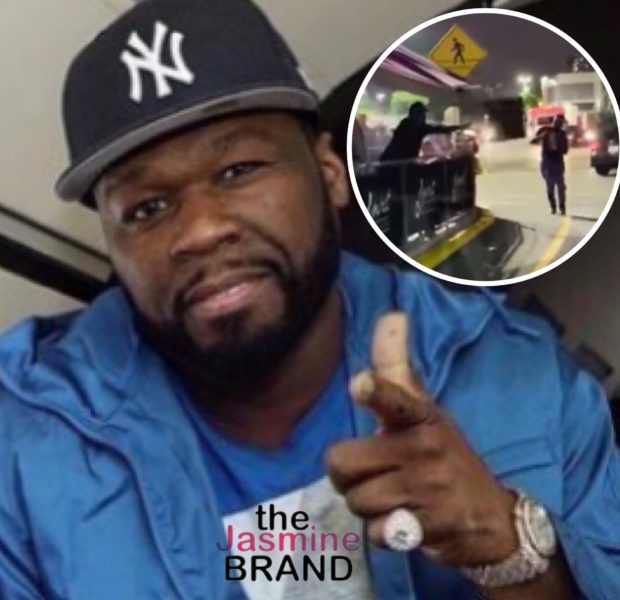 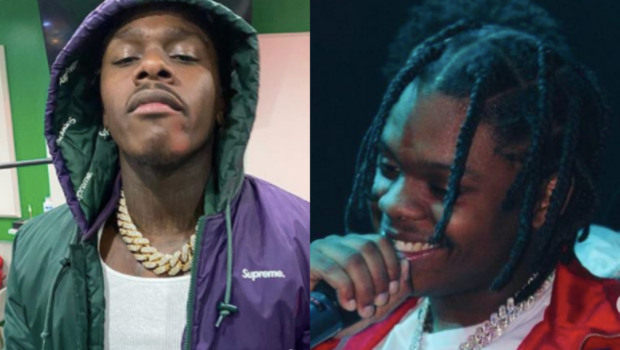