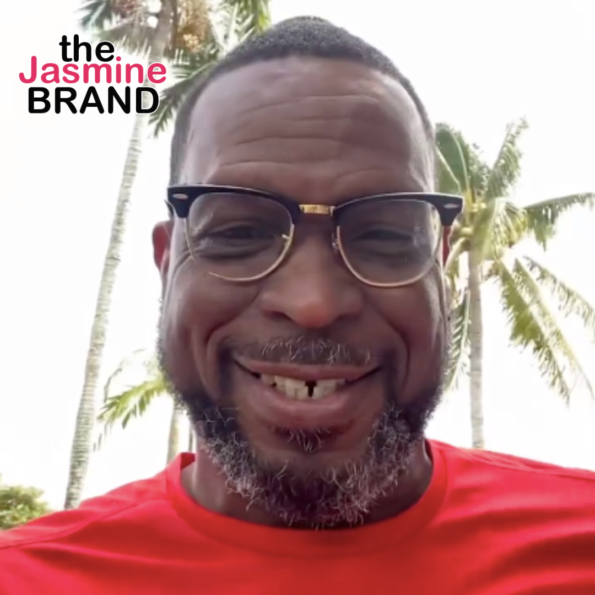 Uncle Luke Trends After Asking ‘Why Black People Should Vote In The Next Election,’ Rapper Responds To Criticism Over Question: Where In The F*ck Did I Tell Somebody Not To Vote

Rapper Uncle Luke recently found himself in the hot seat after taking a political question to Twitter.

Uncle Luke, born Luther Campbell, and his fans seemingly had a misunderstanding on Twitter Sunday (May 22) after he asked his followers to give him five reasons why black people should vote in the next election. He Tweeted,

“Give me five reasons why Black people should Vote in the next election. Give me five BLACK promises that has been fulfilled by politicians in the last election. MAYOR & PRESIDENT” 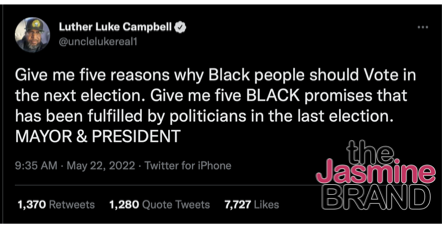 Not everyone was here for the 61-year-old’s question and some interpreted his tweet as disrespect and a way to encourage black people not to vote in the next election. The controversial question made share their own opinions on black history and why black people should always participate in elections. 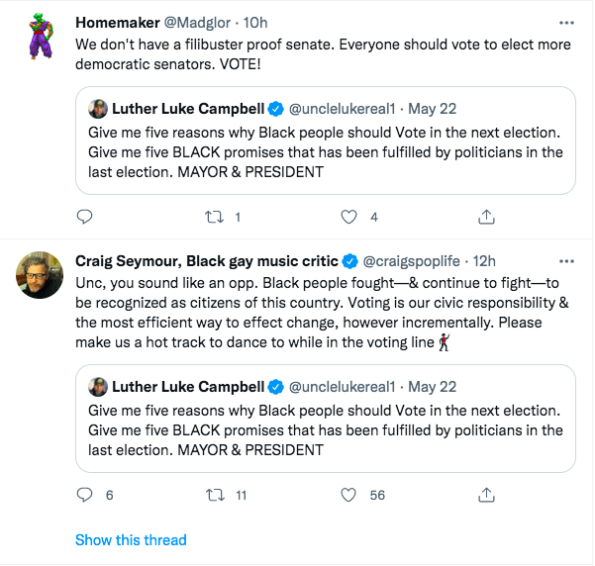 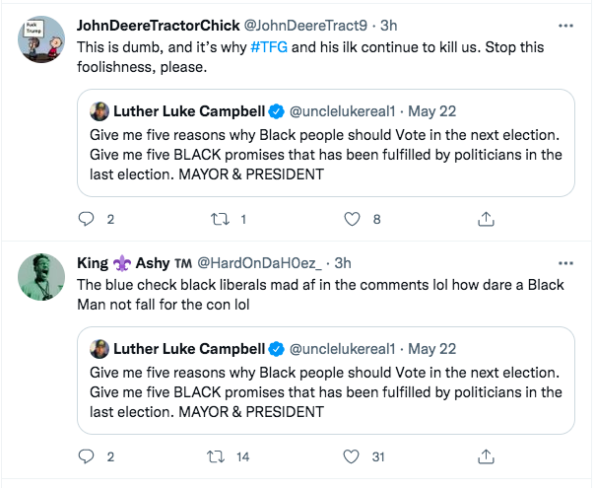 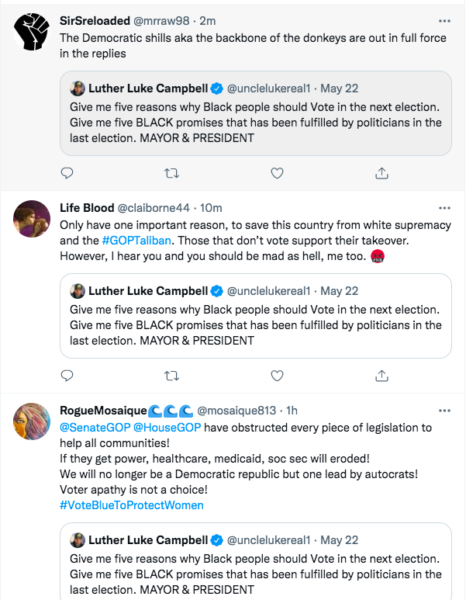 Four minutes before Uncle Luke asked for his followers’ reasoning, he tweeted his opinion on politicians’ promises to the black community. 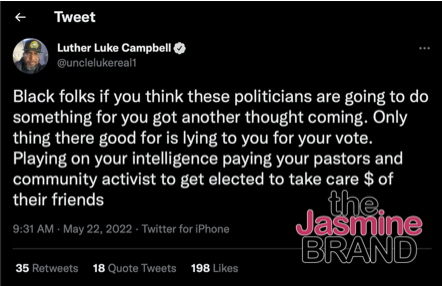 Luke explained that he never said black people shouldn’t vote, and although everyone is upset the question has yet to be answered.

Hours later, Luke posted a video online calling out famed media personalities Jemele Hill and JoyAnn Reid for taking his tweets out of context. He said,

I wanna thank everybody for tuning into the space today we’re gonna do this again next Sunday here’s my message for my good friends. @jemelehill @JoyAnnReid I love you guys but it was a simple question pic.twitter.com/eCWHrUSRvU

“Serious question: How will not voting help?”

She then replied to a social media user’s comment and continued,

“But judges are appointed by presidents —which you vote for. Trump was going to get multiple Supreme Court justice picks. That was what was at stake in 2016 and now look. So yes, it still comes back to voting.” 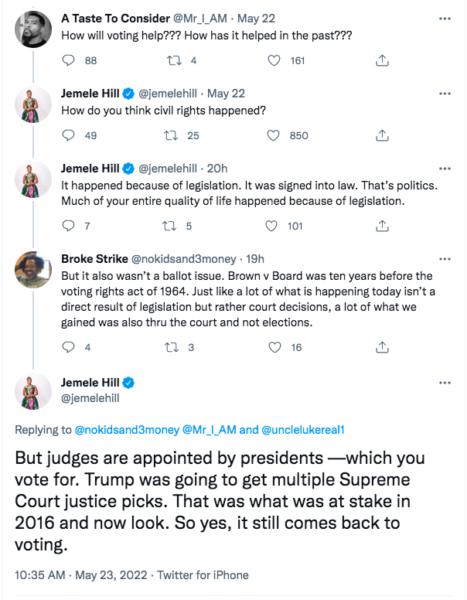 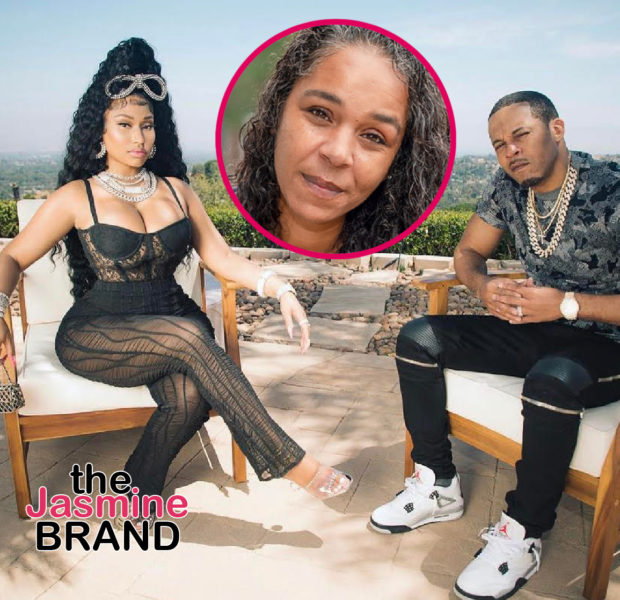 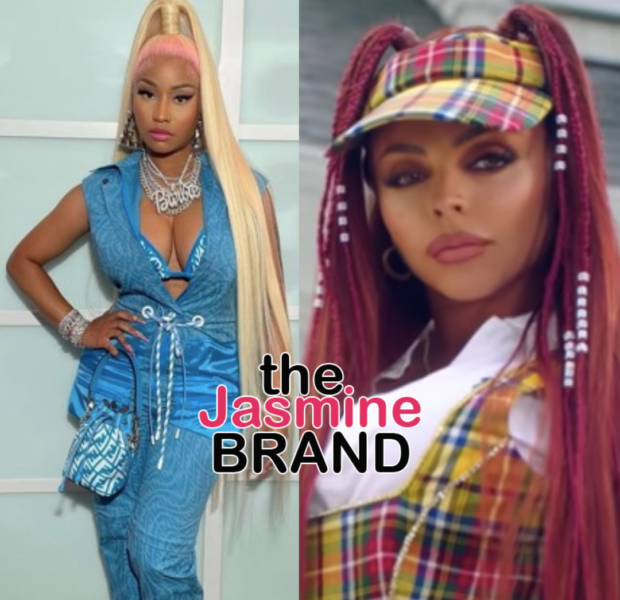 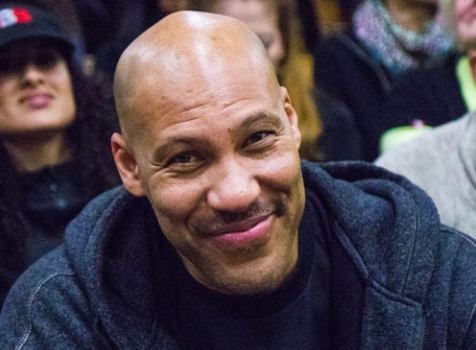 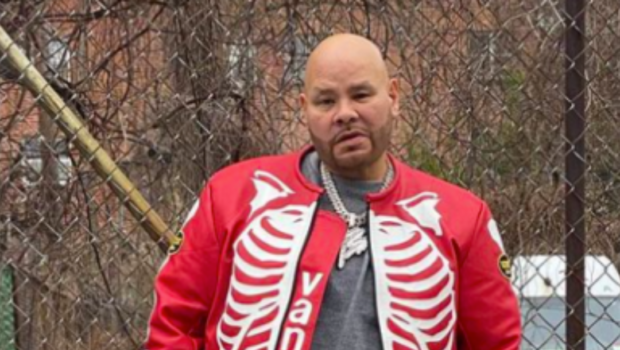 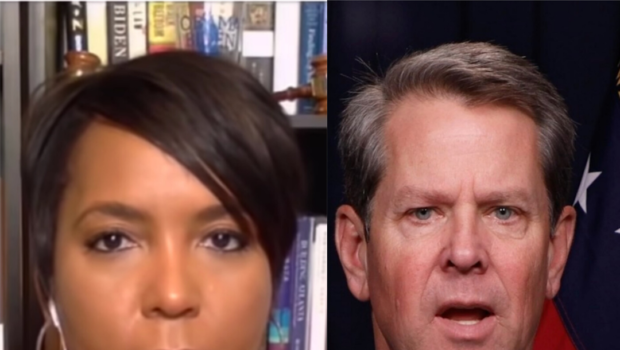