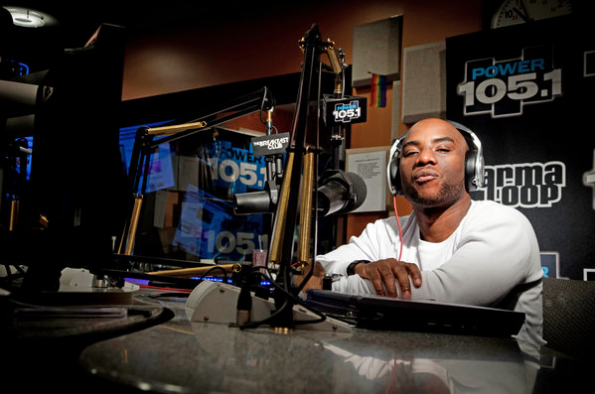 If you’re a fan of radio and hip-hop culture, chances are, you’re familiar with media personality Charlamange Tha God. After three years on Power 105’s The Breakfast Club, he’s successfully transitioned into TV, snagging his own show on MTV 2 (Charlamagne & Friends), but not without ruffling a few feathers. Since his days on The Wendy Williams Experience radio show, the South Carolina native has been known for his outspoke rhetoric. theJasmineBRAND.com recently chatted with him about his growing brand (and if he feels any pressure at this point to live up to his brutally honest hype), saturating radio and TV markets, the secret(s) to his Vision Board, the infamous Kanye West interview (he shares what he forgot to ask), along with what he misses most about Wendy Williams. Check out the full video interviews below. 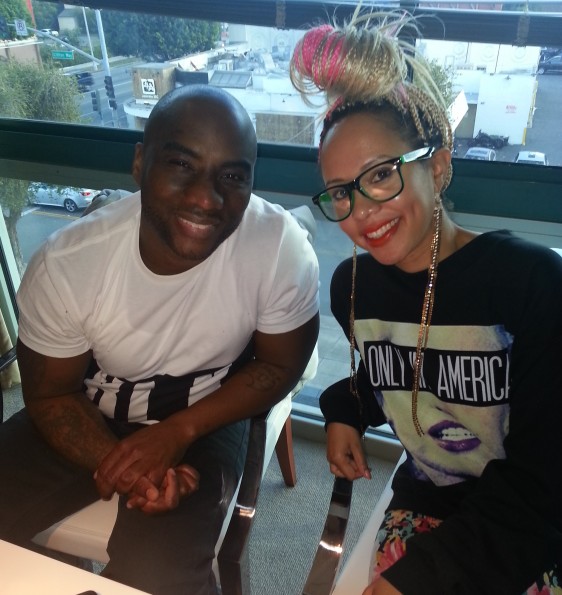 Check out a few excerpts from our conversation.

On predicting that ‘The Breakfast Club’ would be a nationally syndicated show: 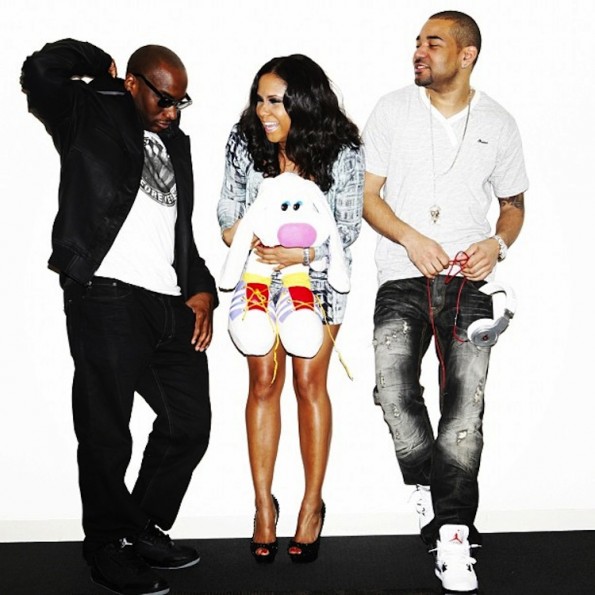 On why he thinks the show is so popular:

Charlamagne: Yeah.Popularity comes from awareness. Even if we were good at what we were doing, if nobody saw us doing it, we probably wouldn’t be popular. I think awareness and the fact that we do great interviews, we are great at what we do, and we make a lot of people aware of it but we make people aware of it. I blast out interviews everyday. I send them to every website, manually: Media Takeout, Bossip, Rap Radar, Karen Civil, TMZ, anybody. I say check this out and give them a full summary about what the interview is about. I am bringing it to these people. I make their jobs easier and thank god for the blogs. If it wasn’t for yall, the Breakfast Club wouldn’t be in the position that we are today.

On if he feels pressure to live to being brutally honest or the so called ‘bad boy’ out of The Breakfast Club:

Charlamagne: Great question. No because I will not become a caricature to myself. I have never been the type of person to be what other people want me to be. I have to be true to myself and I have to go to sleep at night. Even with Rolling Stones calling me the hip hop Howard Stern; long before that I always said that I would never become a caricature to myself; even when I read the Youtube comments. There will be certain people that come to the show and say, “Yo! Why Charlamagne ain’t get at that dude?” I didn’t want to. There was no need to. The last person I remember like that is Macklemore. Macklemore has been on the show twice but it was Macklemore before he was Macklemore, Macklemore and Macklemore now. The last time he came everybody was like, “You should have got at that dude! He ain’t real hip-hop. He’s a poser.” Says who? What is more hip-hop than being an independent artist and doing it yourself? Doing it from the feet up. Being from a place like Seattle where I can’t think of any other rapper than Sir Mix A Lot and he did it from the feet up. What is there to get mad at Macklemore about? He is a good guy and he is fearless and the record has the same love. No other artist in hip-hop would have written something like that. I am not going to get at somebody like that. That’s what you all have to remember. Your prejudices aren’t my prejudices. When an artist comes to the show and you feel like I should have attacked him; Charlamagne may not feel that way about that artist the way that you do. I am not ever going to become a caricature of myself and get at people just to be getting at people. That is wack and it is not authentic or real. 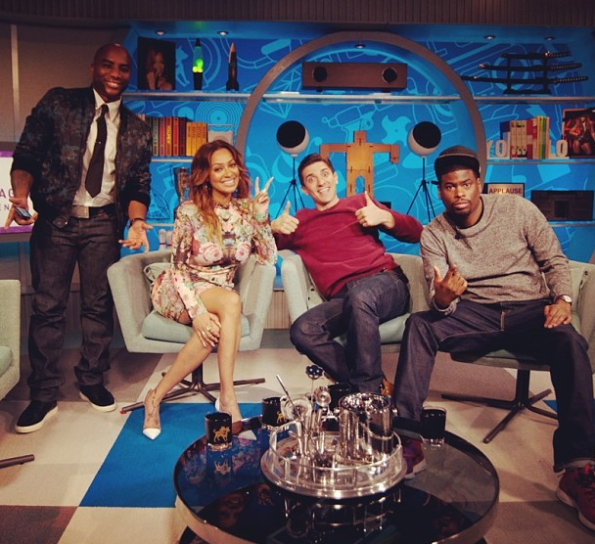 On how his new show, Charlamagne & Friends came about:

Charlamagne: My thoughts become things. I always said that I wanted to do a late night talk show. That is something that I always expressed. I would always express that. I always said that and it is funny because I always said that I want to be like the next Arsenio Hall because Arsenio’s show is so dope. It is so dope for us, as black people because he would bring people on that black people loved and maybe white America or mainstream America, and he would give them that plateau but after a while, he just became the cool show to go to because he was just cool. It was not about a black or white thing, it was because Arsenio is good at what he does. I always wanted that kind of platform. I always thought he was really dope. I always used to say, “I want to be Arsenio.” [Me and Lil Duval] We always used to say that to each other. Doing a late night talk show is something that I always had in my mind and I expressed that and the beautiful people at MTV, my man Paul Richie and Chris McCarthy gave me the opportunity to do that last year when there was the VMA’s. There was a pilot week and I did it every night, Monday through Friday, my own late night talk show. The numbers did good so they brought it back for a regular series and it is doing pretty well. 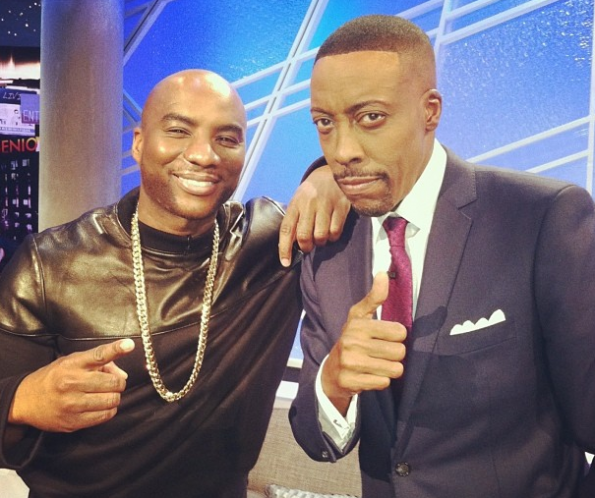 Charlamagne: I used to have a traditional vision board where you take things that you want and put them up on poster board. That is cool but to me, the best vision boards are when you write down your long term and short-term goals; write down everything that you want to accomplish and keep those things in your mind. Your mind is what makes it manifest [into] reality and thoughts really do become things. I don’t have a college degree or anything like that. All I have is that back in 1998, I said that I want to be a super jock. I said that I want to be one of the biggest radio personalities on the planet. I said that I want to be in that Wendy Williams, Tom Joyner, Doug Banks, Howard Stern, Bill O’Riely, and Rush Limbo, I want to be in that number. When they think of Charlamagne, I want them to think of me like that. I want to be my generations that. With those guys, it is the natural cause of things that power eventually fades or weakens. It is just like the NBA or music; it was the Magic Johnson era, and then the Michael Jordan era, and now it is the Lebron James era. That is just the way things are in the game and I knew that eventually, it would be my time, if I wanted that. So, I claimed it. My vision board is just a notebook with everything that I want in my life to manifest. Three years ago, I wanted the Breakfast Club to be the number 1 urban morning show in the country or I just wanted the number one morning show in the country, period, I wanted us to be nationally syndicated, I wanted a late night talk show, I wanted to write a self-help guide, and all of that stuff has come to pass. Now it is like, I want to do more late night. I want Charlamagne to be successful. I want the Breakfast Club to continue to be successful but I want to grow it and eventually do late night TV on a mass scale like how Arsenio is doing it every night and even do daytime television. I see Steve Harvey, Dr. Phil, and Mc Search. I can maybe do that too. Especially, because I have been going on the Bethenny show a lot now and I kind of like it. 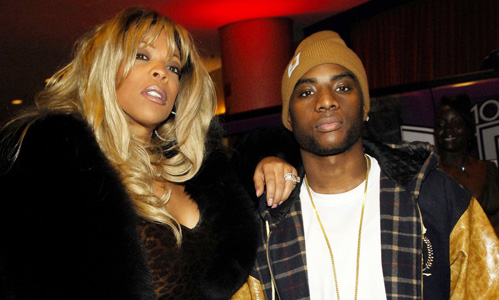 On the biggest lesson, Wendy Williams taught him in business and/or personal: 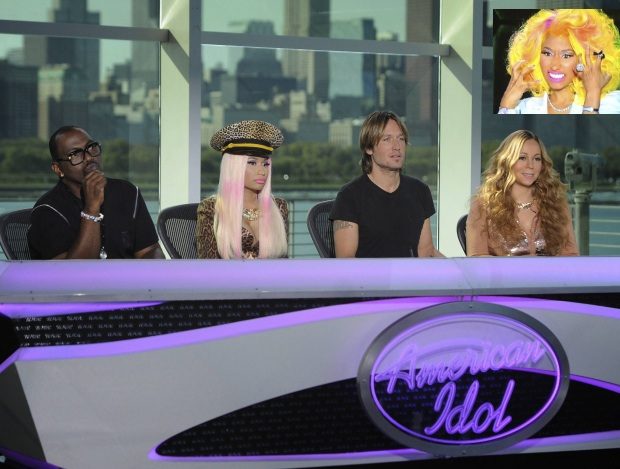 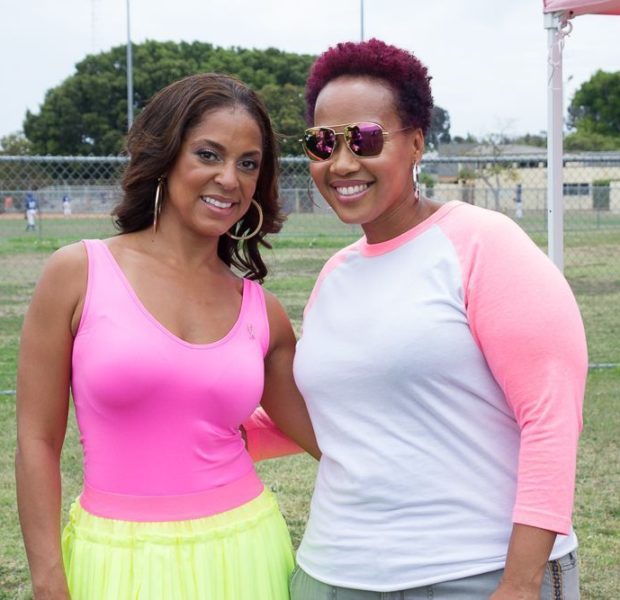 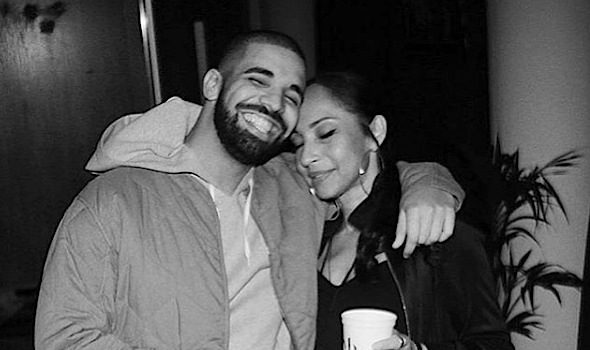 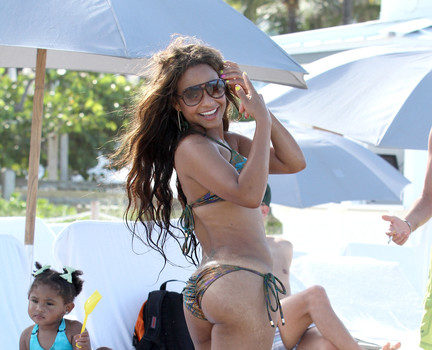