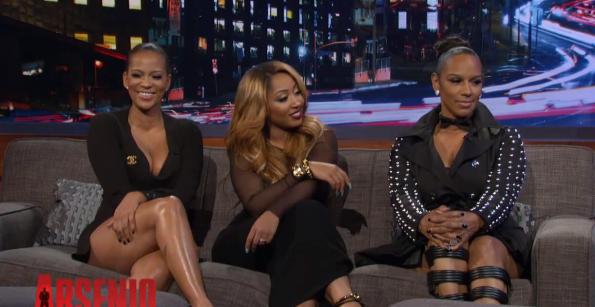 With only one episode in, the drama factor is apparent on Basketball Wives LA and the newbies aren’t far from the action. Even more clearly a line is being drawn in the sand and that was evident when earlier this week, when cast members Jackie Christie, Sundy Carter and Brittish Williams stopped by The Arsenio Hall Show to share their interesting perspectives on cheating. While there they also threw a bit of shade on cast mate Draya Michele. When asked why she questioned whether or not her cast mate, Draya was a ‘hoe’, British explains:

I was trying to ask really trying to ask a question that all the viewers wanna know. Everyone says you are but are you? You answer for yourself. I would rather ask her then to ask Jackie, then to ask Sundy you know? I’m asking you yourself so you can do nothing but respect that.

When prodded by Arsenio about what Draya’s professional career was before starring on VH1, Brittish responds:

I believe she used to be an exotic dancer.

That’s a nice way of putting it. As you watch the show this season you’ll see exactly what Draya does and where she came from.

Ouch! Draya, who must have watched her colleague’s appearance, didn’t seem amused by the apparent shade. She barked back on Twitter writing:

In addition to the apparent tension between Draya and company, Jackie gave insight on how her marriage has lated the test of time. In short, she clarifies why she’s been able to keep her husband, Doug, from being unfaithful. Saying she has a unique approach, from newbie Brittish, she explains:

Me and Brittish we definitely clash on that, cause what she’s basically saying is if she doesn’t know about it..I don’t care if I know about it, don’t know about it. If I suspect it we gotta problem so I don’t even wanna hear that. I feel like I give mu husband enough, that he shouldn’t even wanna cheat. We watch movies, we watch adult films I’m not even gonna lie ..if I’m involved and I say, ‘is she pretty?’ and says yes that cool. But if I come in the room and he’s watching it..I’mma take his head off I need to be involved . I gotta be in control of everything. You have to him the freedom to be a man. 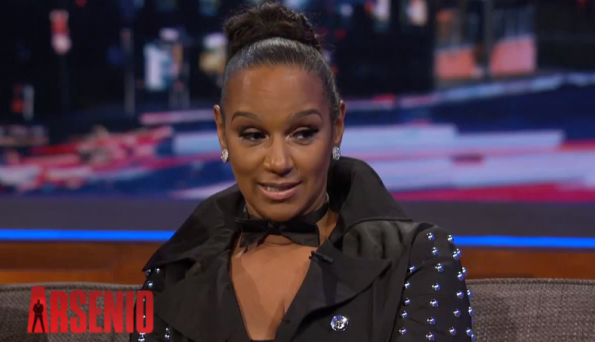 Him being a basketball player period they throw themselves at them in a way, I just didn’t know at that time if Doug could handle it. But then he showed me really quickly that I didn’t have to worry about it. So I sit back relax, eat my popcorn watch the game and he deals with them…Listen ya’ll the only time my husband been alone is when he goes to the bathroom and I’m in the living room. So if there’s a woman in there I would know. 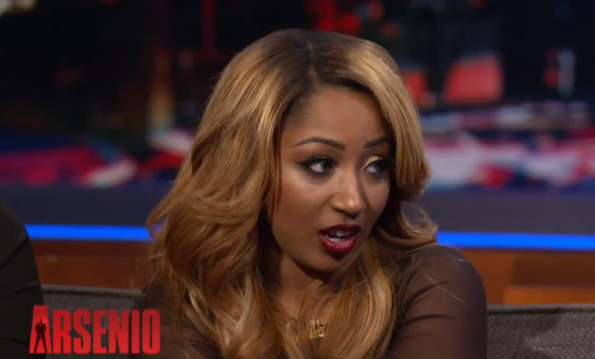 Interesting! Check out the clip below. 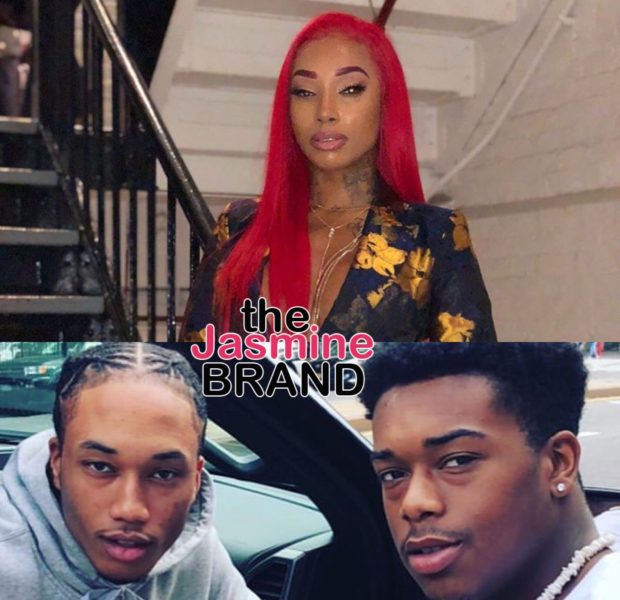 Mindless Behavior Says Sorry to Lauryn Hill, “It was a bad joke.” 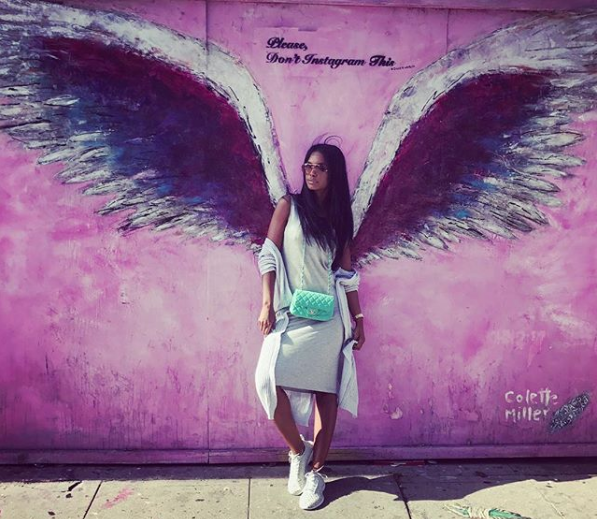 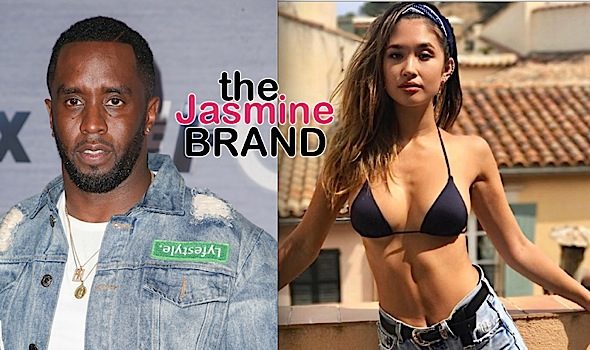