It’s time for Black Lives Matter organizer DeRay Mckesson to lawyer up! The Baltimore native and activist is being hit with a lawsuit by a Louisiana police officer. The officer blames him for being struck in the face by a piece of concrete by another individual.

The officer, who is unnamed in the suit, says that on July 9th during a Baton Rouge protest, DeRay “incited violence“. The protest was organized in response to the death of Alton Sterling, a 37-year-old black man shot and killed by two white police officers there on July 5.

The officer says in the lawsuit he was struck by a “rock like substance” and, since Mckesson “was in charge,” he is to blame. The suit states,

He was seen and heard giving orders throughout the day and night of the protests. DeRay Mckesson was present during the protest and he did nothing to calm the crowd and, instead, he incited the violence on behalf of Black Lives Matter.

The officer claims he lost teeth and suffered injuries to his jaw and brain during the alleged rock throwing incident and seeks an unspecified amount.

Mckesson was arrested during the July 9 protest on a charge of obstructing a highway. He filed a lawsuit in response; claiming police unlawfully arrested him and dozens of other protesters.

He has yet to comment on the lawsuit, but tweeted: 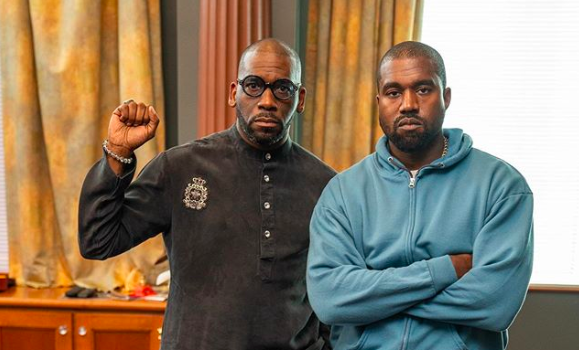