theJasmineBRAND.com exclusively reports, reality star star Kandi Burruss scored a legal victory against her ex-personal employee with a judge agreeing she has presented enough evidence to back up allegations he defamed her. The judge has given the Real Housewives of Atlanta cast member the green light to file a countersuit against him over his appearance on the show.

Here’s the latest: On May 16th, a judge in the case came back with his decision and sided with Kandi, allowing her to file a counter-lawsuit against her former employee Johnnie Winston III. The order explains Kandi is seeking to sue over,

..Statements that Plaintiff made on two episodes of Real Housewives of Atlanta, which aired on January 8, 2017 and March 27, 2017, about Defendants stealing his ideas for a restaurant and a play.

He points out that Kandi has asserted a reasonable basis for claiming Winston breached their Non-Disclosure Agreement when he made statements on RHOA.  The judge notes that at this point in the case, he believes Kandi has proven enough to bring her case over alleged reputation damage done by her ex-employee. The case will continue on with the reality star now allowed to go after Winston for damages. 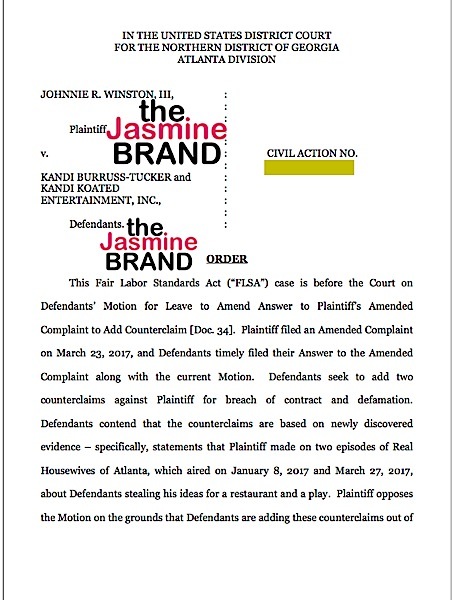 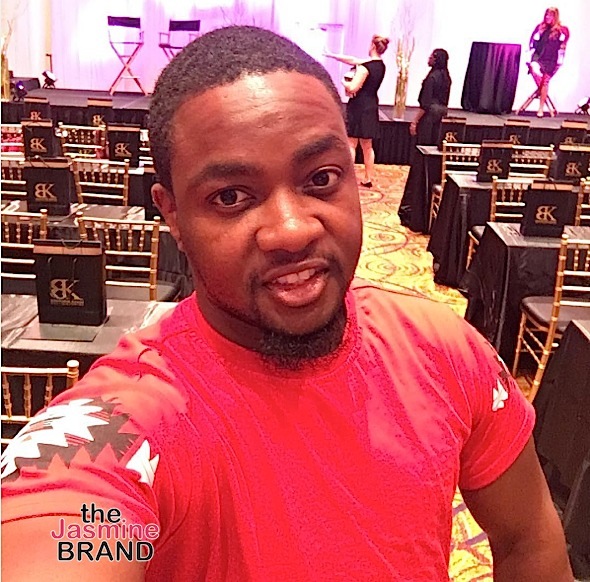 Winston explained he worked for the reality star until his termination on February 2016. He accused her of failing to pay the required minimum wage, overtime pay for his time working in the studio, planning special events, running errands and preparing meals for events. He sued for the entire pay and overtime wages due along with liquidated damages equal to amount owed in back pay and benefits.

Kandi responded, arguing that Winston was an independent contractor and was paid for his services over the years. She demanded the suit be tossed.

Last month, Kandi filed docs seeking approval by the judge to amend her answer and to file a counter-lawsuit against Winston accusing him of slandering her while appearing on Real Housewives of Atlanta.

Kandi says during filming he made numerous statements on camera that were not only slanderous, defamatory and calculated to injure her public persona and professional brand, but were in breach of the Non-Disclosure he signed when terminated. 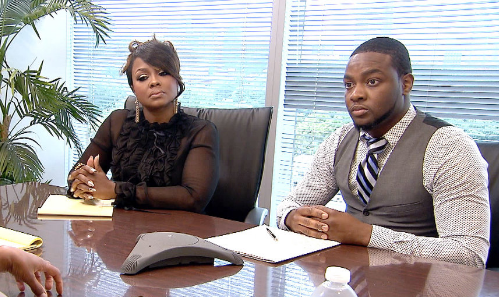 She explained during filming was the first time she learned he was unsatisfied with his pay, when they were shooting back in August 2016 – months after he was fired. He met with Kandi’s co-star Phaedra Parks on the show despite her never having represented him.

Kandi says as a result of his false and malicious statements she has suffered and continues to suffer humiliation, ridicule, hatred, contempt, injury and impairment to her reputation along with
embarrassment and is seeking damages that she incurred and will continue to suffer.

Winston responded back at Kandi’s attempt to file a counter-suit accusing her of retaliation & demanded the court not allow her to sue him. In regards to his meeting with Phaedra, he says all statements he made were for the sole purpose of seeking legal advice. He says Kandi has no facts to support claims he defamed her.

Halle Berry: Winning My Oscar Meant NOTHING For Diversity In Hollywood 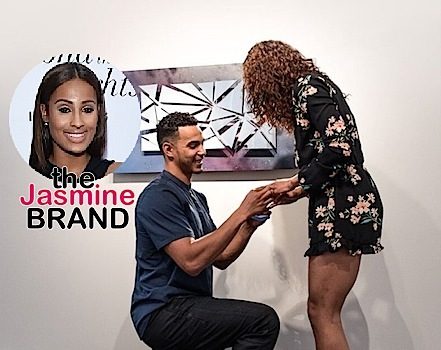