theJasmineBRAND exclusively reports, the family of Jaquan Graves is responding to Meek Mill’s attempt to have the wrongful death lawsuit against him thrown out.

The family argues that a ordinary person in Meek’s position, knowing what he knew or should have known, would have anticipated an event like the shooting outside his show that resulted in the death of Graves.

Graves’ family also accuses the rapper and promoter of inviting and actively soliciting members of
the general public to enter and patronize their venue, performance and parking area in an effort to maximize cash receipts.

They also say that Meek should have known that significant security measures were required during and after his show due to previous issues of misconduct outside his concerts including violent incidents.

They claim that the discovery in the case will prove that Meek and the venue officials knew that the parking area serves as a pre and post-concert party area where people gather in crowds to drink, do drugs and engage in violent acts.

Here’s the backstory: Meek faces THREE lawsuits over the same incident. A man named Dylan Thomas filed a suit against the 30-year-old artist after he claims he was injured at his Connecticut concert December 2016. This concert also resulted in the tragic death Jaquan Graves, who attended the concert and was gunned down in the parking lot outside the venue. Graves’ family filed a lawsuit late last year. Travis Ward, another concert attendee, was gunned down in the parking lot and his family is also suing. Both Graves and Ward’s families filed wrongful death lawsuits. 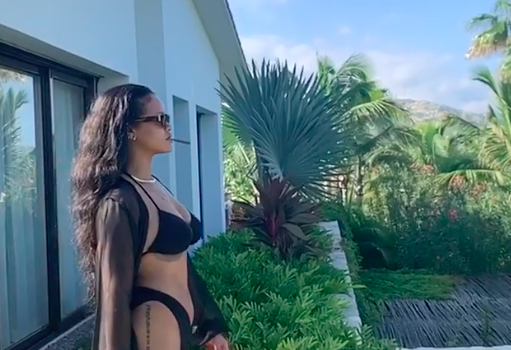