Rapper Wale recently gave a very in-depth and heartfelt interview on the Jada Pinkett Smith-hosted Facebook talk show Red Table Talk. The episode aired earlier this week and was just making its way around the Internet when news of Jordyn Woods’ upcoming appearance on the show completely exploded. Now, Wale may be feeling like his appearance on the show is somewhat of an afterthought.

Wale opened up about love and relationships like he never has before, in a very revealing interview on the popular Facebook talk show Red Table Talk. He gave fans an insight into his views as a young man hoping for love in an industry that glorifies the opposite. The response to the interview has become quite positive and the video clip is making its way around social media, but just as the traction was beginning to increase the bombshell news about Jordyn Woods’ upcoming appearance blew it out of the water.

Over on his Twitter page, Wale responded to a fan’s comment that his talk show appearance is being overshadowed because the mainstream doesn’t care about the struggles of love and affection of black men.

To which Wale responded: 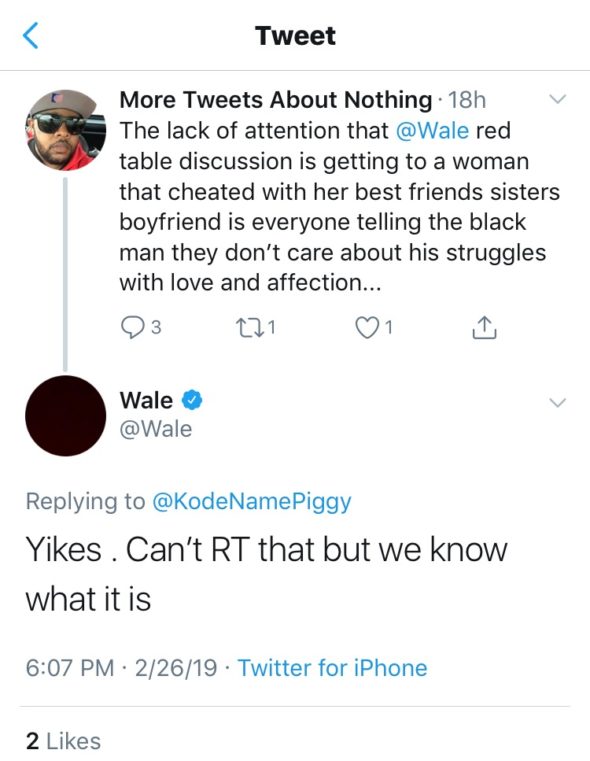 It will be interesting to see if Wale comments on Woods’ appearance on Red Table Talk after her episode airs on Friday, March 1st.

Meanwhile, you can check out a clip of Wale’s appearance on the show BELOW:

Do you think Wale’s interview is being overshadowed? Will you be watching Jordyn’s interview? Let us know in the comments 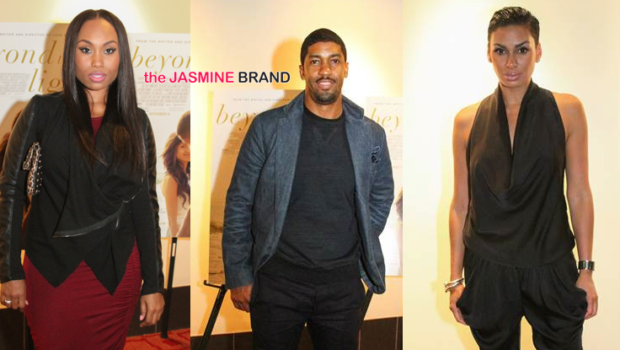