While many celebrities have come together to demand the release of rapper A$AP Rocky as he reportedly suffers harsh conditions in a Swedish prison, Joe Budden and The Read podcast co-host Crissle are feuding over A$AP Rocky’s views concerning the #BlackLivesMatter movement.

It all started when Crissle posted a quote A$AP Rocky made during a previous interview. He said,

“Do you ever feel like you’re being forced to address these issues? They’re not forcing me to do s***. I’m just gonna stay black and die. Why, because I’m black? So every time something happens because I’m black I gotta stand up? What the f*** am I, Al Sharpton now? I’m A$AP Rocky. I did not sign up to be no political activist. I wanna talk about my motherf***in’ lean, my best friend dying, the girls that come in and out of my life, the jigy fashion that I wear, my new inspirations in drugs!”

He then referenced Ferguson, Missouri, where the killing of an unarmed Black teen, Michael Brown, by the hands of a White police officer sparked rallying and contributed to the #BlackLivesMatter initiative. A$AP said,

“I don’t wanna talk about no f***ing Ferguson and s*** because I don’t live over there! I live in f***ing Soho and Beverly Hills. I can’t relate. I’m in the studio; I’m in these fashion studios; I’m in these b****es’ drawers. I’m not doing anything outside of that. That’s my life.”

“I thought of this when I heard about ASAP Rocky’s situation in Sweden.” 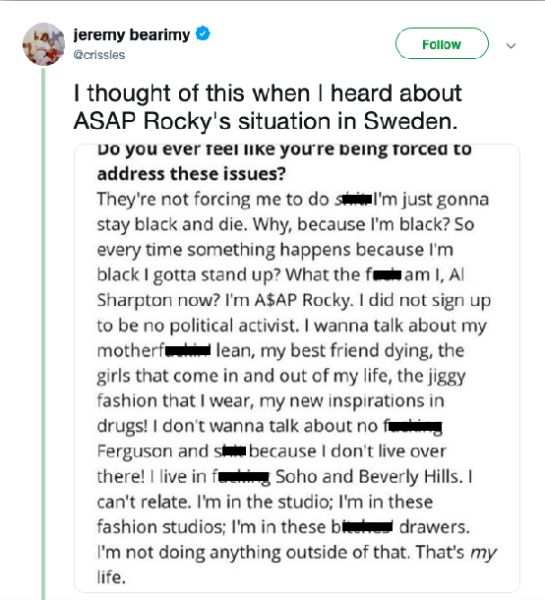 “So yeah… As for me and my house we still buying that cheap s*** at Ikea. Ain’t signing no petition either. That swedish s*** aint none of my business.”

But Joe Budden came to his defense against Crissle.

“If any of my peers, friends, if a stranger… that’s so nasty on Twitter. I’ve seen it on Twitter. But that nasty a**, bum a** homegirl, I seen her put it out. No need to say [who]. But one of them podcasts down the dial. She put it out. But you n***as that be preaching this pro-Black s*** but get evil in a heartbeat… I thought that A$AP Rocky sounded like an idiot when he said this. I also think he’s in a really horrible jam and predicament. I’m certain some of these feelings aren’t existing right now. It’s only you idiots that just won’t allow life to teach us sometimes. Why we can’t just let life happen for people? Why we just always gotta be public judge, jury… this is not the time. It’s bad timing. The timing is just tasteless. If that’s where your focus is, you should look inside your heart and see why your heart is there right now. Why do you lack compassion because somebody else said some s***? What’s in other people’s heart, don’t dictate what’s in mine. I guess that’s what I’m saying.”

so this why Crissle dragging Joe Budden btw. pic.twitter.com/N5g4lYnicR

“Lmfaoooooo I know all about how budden’s b**** a** is STEAM pressed over me and our show. N***a oughta be glad I paved the way for him… ain’t nobody worried about no punk a** Joe.”

“I am not talking about his goofy a** on my bigger, longer running, more money making, coming to TV this fall show. He can get these tweets though.”

See what else she said below. 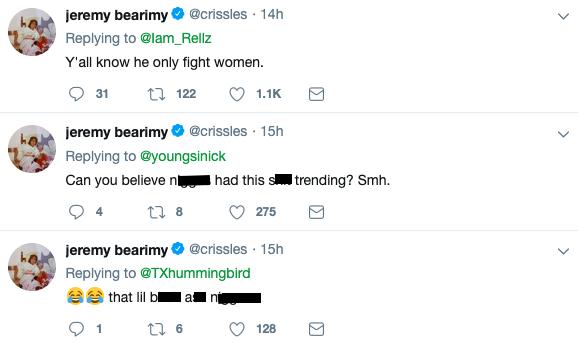 Budden also seemed unbothered with Crissle. He told one fan, 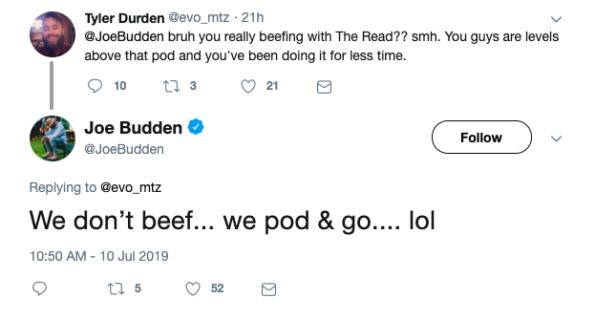 He also had a response for a fan who told him to “cook” Crissle.

“No need, she’s her own karma” 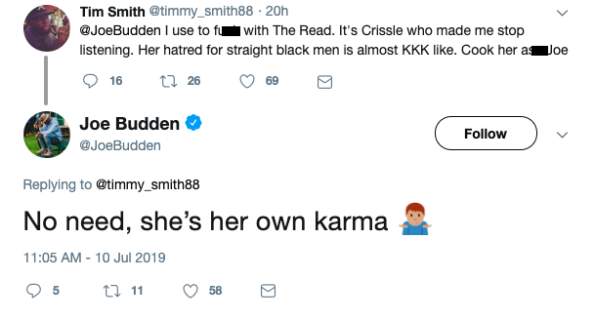 “I’m gonna always preach compassion, idgaf who feels a way about that.”

A$AP Rocky previously attempted to clear up his statement on The Breakfast Club. He said in part,

“I just get upset, and what I was really trying to say there was, like, yo, I just, I hate when the bandwagon stuff start. I mean, how come, you know, Black lives only matter when a police take ’em, when a police officer takes it? And it should be like, Black lives, it should matter when a Black life take it. You know what I mean? It should always matter. All lives matter!”

See what the had to say starting at the 3:30 mark.

But he still faces lots of backlash on Twitter while being locked up in Sweden. 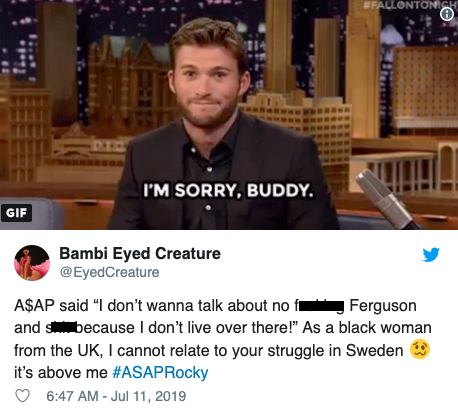 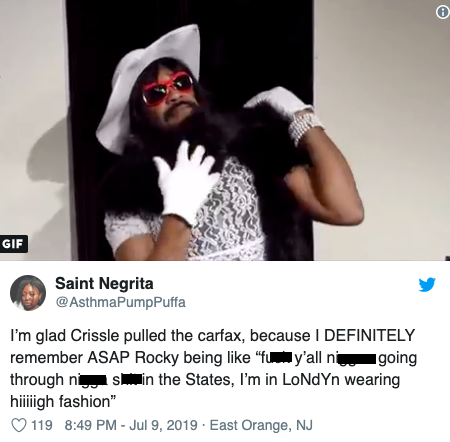 Do you agree with Joe or Crissle? Tell us in the comments! 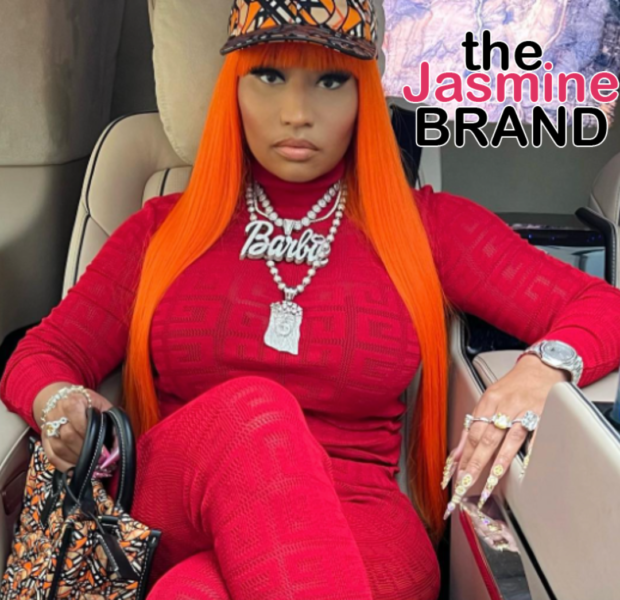 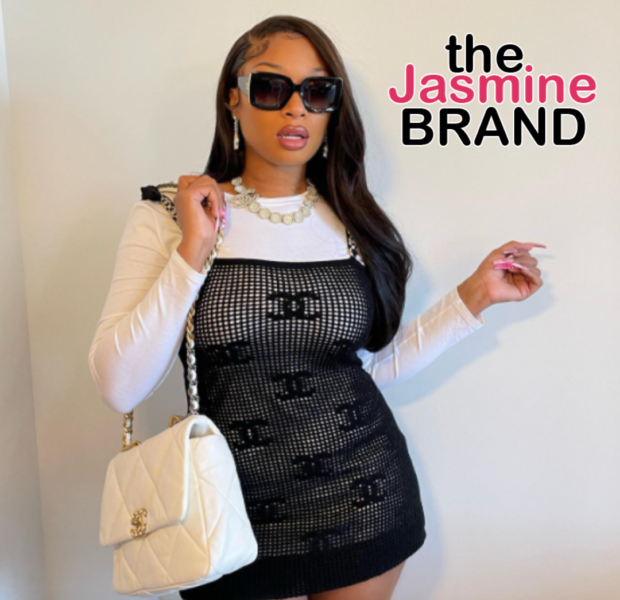 Megan Thee Stallion Has An Upcoming Documentary In The Works! 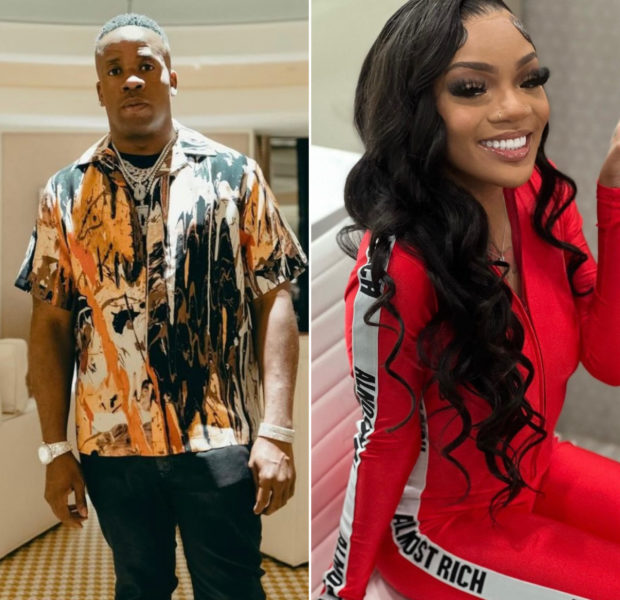 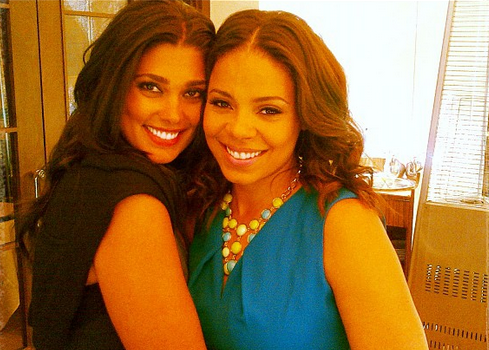