Nicki Minaj has spoken out after Saudi Arabia tossed its long-running travel ban on women.

She responded to a publication that said Nicki’s decision to pull out of performing in the country is what helped influence the government’s latest move.

“Not sure if I did personally by pulling out of the show, but thank u for posting so ppl can see results are happening in real time. There’s still a long way to go but this made me happy. #HumanRights” 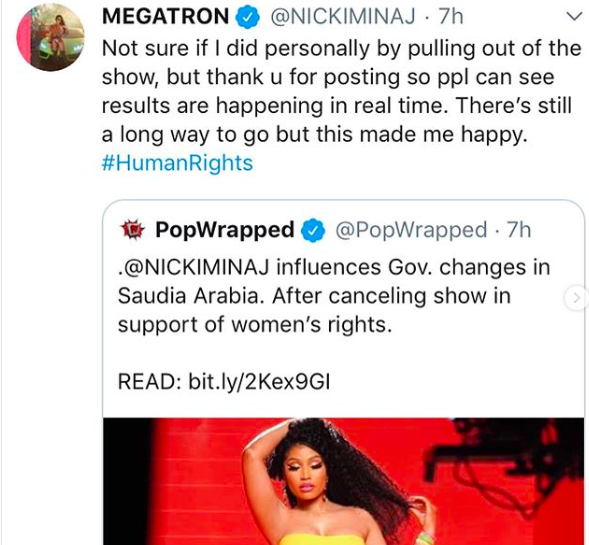 Now that the ban has been lifted, women in Saudi Arabia have the freedom to obtain, use and renew passports on their own. This previously wasn’t allowed as women in the country were seen as legal minors. On top of releasing the travel ban, the government also will now allow women to be the head of a household, register births, deaths, marriages and divorces as well as have their own custody for minors. Women in the country are now

“equal in the right to work.”

It’s also now illegal for employers to fire a woman because she’s pregnant or on maternity leave, as long as the leave is within six months of a year.

“You recently celebrated Pride Week to stand in solidarity with the LGBTQ community. Yet, if you move forward with this performance, you will be condoning, and serving the public relations needs, of a government that executes homosexuals for the ‘crime’ of being who they are.”

Shortly after, Nicki announced she canceling her performance in Saudi Arabia.

“After careful reflection, I have decided to no longer move forward with my scheduled concert at Jeddah World Fest. While I want nothing more than to bring my show to fans in Saudi Arabia, after better educating myself on the issues, I believe it is important for me to make clear my support for the rights of women, the LGBTQ community and freedom of expression.”

Wale Pulls Out Of Broccoli City Festival: I Don’t Care About Headlining, It’s About Respect! 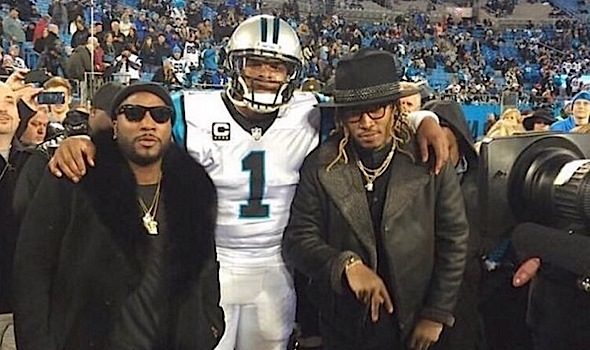 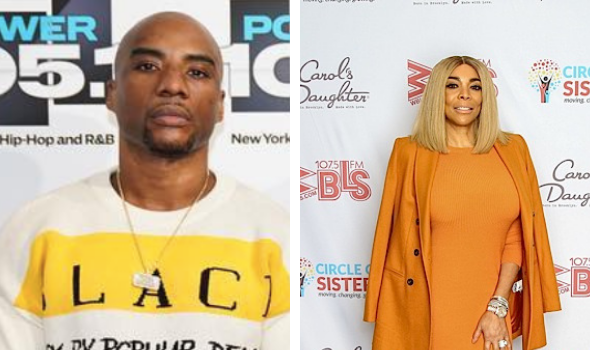