The former basketball player took to Instagram to go off about getting questioned about his former girlfriends.

He shared a photo of him and his new love Sabrina Parr Thursday (Oct. 24) and wrote,

“The look on @getuptoparr face is how she makes me feel everyday. Outside of my daughter, this is the most serious and committed relationship I’ve ever been in with a woman. I’m tired of people asking me questions about my ex’s based on old interviews and old comments! I said what I said then based on where I was in life at that time. I was young, wasn’t sober and going through a lot. All of that is different now. I’m at where I want to be at!” 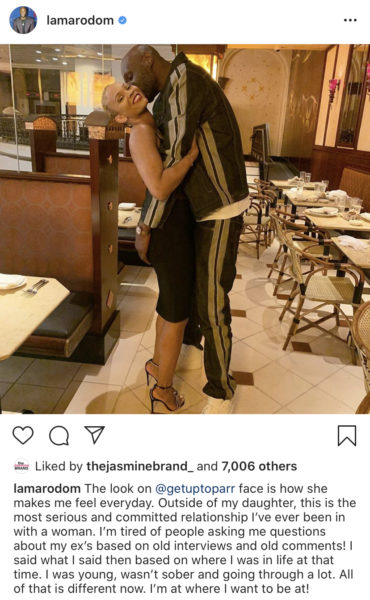 Interestingly enough, his post comes after he gushed over his relationship with his ex-girlfriend Taraji P. Henson (who he revealed he dated in his memoir Darkness to Light), and his ex-wife Khloe Kardashian.

He confessed on TV One’s “Uncensored” that he fell in love with Kardashian while he was dating Henson.

Kardashian has been a topic of conversation ever since Parr and Odom went public with their relationship recently. Odom was blasted for seeming to shade Kardashian, who filed for divorce in 2013. He said of Parr,

“It’s just like when you’ve got some coffee that’s too black, which means it’s too strong, what do you do? You integrate it with cream… But if you pour too much cream in it, you won’t even know you ever had coffee. It used to be hot, it becomes cool. It used to be strong, it becomes weak. It used to wake you up, now it puts you to sleep.” – MALCOLM X” 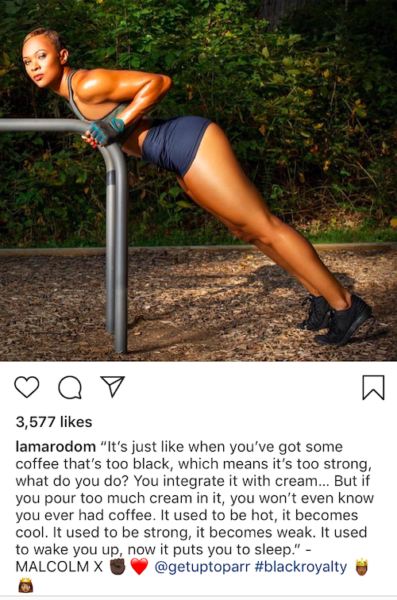 “Im a bit disappointed to read that people are using my words to enforce their own perceptions and assumptions pointing towards things that just are not MY TRUTH OR REALITY. This post isn’t against anyone including my ex wife that I still respect deeply. I am just PRO love. Can I do that without people feeling offended? Why does that make you mad? Our black women have been held down for centuries ! I am now deciding to send them and my NEW WOMAN a lot of love. My post goes out to the new leading woman in my life, that I’m gonna tell everyday how beautiful she is, from the inside out. Thanks @getuptoparr for teaching me what real self value means. It changed my entire mindset. #woke“ 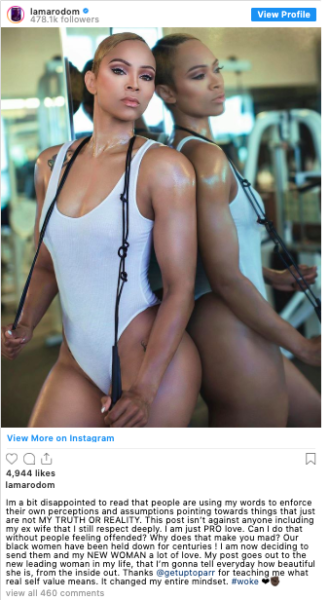 Do you think Lamar Odom should stop talking about his exes? Tell us in the comments! 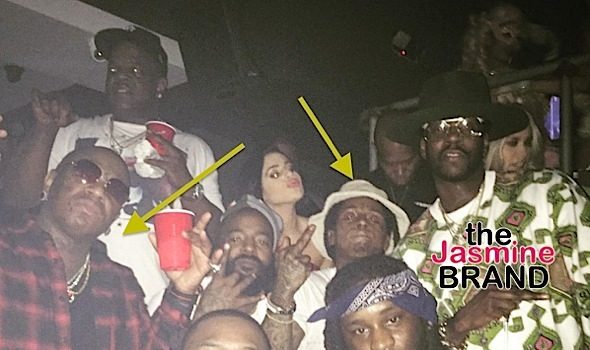