Damon Dash Sued For $50 Million & Accused Of Sexual Assault Photog, He Lashes Out At Her Lawyer: I’m Gonna Ruin You

Photographer Monique Bunn has filed a $50 million lawsuit against him for sexual battery, according to TheWrap.

Monique Bunn alleges that Damon Dash retained her back in April for a photo shoot for his emerging clothing line Poppington, which is under his Damon Dash Studios brand.

In her lawsuit, she said after the first day of shooting wrapped, she went to the home Damon Dash shares with his longtime girlfriend Raquel Horn. The lawsuit alleges,

“Upon arriving at the Dash residence, Bunn was informed that she was staying in Dash’s daughter’s room.”

“While Bunn was sleeping, Dash approached Bunn and placed his hand on Bunn’s breasts and placed hands/fingers on Bunn’s buttocks. Dash did not have the permission or consent to touch Bunn’s sexual organs. Dash was wearing a robe and had no underwear on. Dash had been drinking alcohol and smoking marijuana all day.”

It also says Monique Bunn was allegedly able to fight him off.

“Bunn was able to get Dash’s hands off her breasts and buttocks.”

She said that she told him she would “fight” him, and he allegedly left the room. While she added that she stayed at the home, she also said she

“did not sleep that evening.”

Raquel Horn, Dash Poppington, LLC and Damon Dash Studios are also being sued for theft by conversion and negligent emotional distress. Bunn said that she has to get back many of her items from the photoshoot, such as snapshots of celebrities like Diddy, Mary J. Blige and Quincy Jones.

Bunn’s attorney, Christopher Brown said in a statement that

“Ms. Bunn looks forward to having a jury decide the litigation.”

Dash has now called out Christopher Brown. On Thursday (Dec. 26), he posted what looks like footage from a deposition, or another type of meeting, that dates back to Nov. 21. In the clip he says,

“This doesn’t give you control. This gives you no power. This makes you look stupid. I’m gonna ruin you as a lawyer. You’ll never be a lawyer again. I bet you I’m gonna make you famous. I’m just giving you rope to hang yourself. You’re gonna be in a whole nother courtroom, in a whole nother place, for your frivolous lawsuits.”

He then accused Christopher Brown of only caring about self-preservation and not the culture.

“You represent everything that’s terrible about our whole community. I want people to know how disgusted I am. I get people like this who try to rob me every day, with a straight face. They don’t care about the culture, they only care about themselves.”

“I’m shutting this down… Your client is unruly, he’s answering the phone…”

The footage shows the two got off to a bad start from the beginning, as Brown said he wanted to strike some of Dash’s comments from the record.

“#ChrisBrownTheLawyer is a culture vulture,

He is now trying to start the black Harvey Weinstein me too movement against me and he is representing another lawsuit with another allegation #ChrisBrownTheLawyer I’m gonna deal with this on a beach in Hawaii … I will not be extorted… check your mans Collar at the end wait for it …more depositions with #chrisBrownthelawyer coming soon!”

He is now trying to start the black Harvey Weinstein me too movement against me and he is representing another lawsuit with another allegation #ChrisBrownTheLawyer I’m gonna deal with this on a beach in Hawaii … I will not be extorted… check your mans Collar at the end wait for it …more depositions with #chrisBrownthelawyer coming soon!

What are your thoughts on the lawsuit and Damon Dash’s response? Tell us in the comments!

Tory Lanez Doesn’t Want Women Asking Him To Buy Gifts: If You Can’t Buy It Yourself, You’re NOT In My Tax Bracket! [VIDEO]
Exclusive
Post Slider 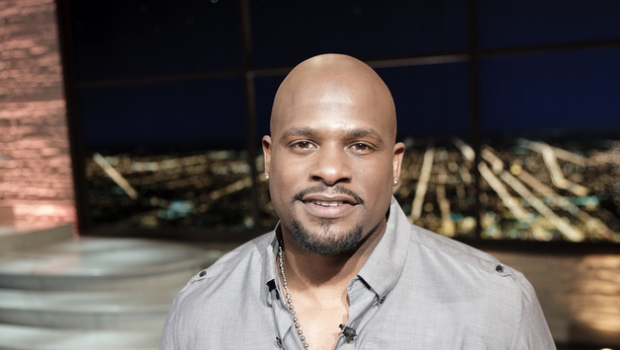