Kelly Rowland & Lala Anthony Talk Their Favorite Sex Position: Missionary Is Boring As Hell! + Gabrielle Union Says She Does ‘Back Flips In The Bedroom’

With everyone on quarantine and dealing with the stress of COVID-19, it seems like a lot of our favorite celebrities are opening up and being more candid. Kelly Rowland  (39), is typically a private person, but this past week she’s shown fans a different side.

On Tuesday (April 14th), she was on Instagram Live with close friend LaLa Anthony (38), and things got very real as much of the conversation was about sex and relationships.  Kelly Rowland prepared a few questions for Lala Anthony to answer during the singer’s “Coffee With Kelly After Dark” feature on Instagram live. One of the first topics was LaLa Anthony’s favorite sex positions.

“Hit it from the back, or missionary?”

LaLa revealed that she preferred it from the back.

“Missionary is and can be boring as hell. If you only do missionary then I’m going to consider you a very lazy person.”

Later in the video, Kelly asks if Lala prefers a man who shows PDA or is a closet freak.

“I’m a cancer and we’re super affectionate and I definitely love when someone isn’t afraid to show their affection and love no matter who’s around.”

As for Kelly, she said she wouldn’t mind both.

“I’m a little torn on this one because I think I messed up what it meant, but for right now closet freak.”

Their friend Gabrielle Union was spotted watching the Instagram live, and LaLa wanted her to make an appearance. She said,

“You gotta get gab on here because she talks a lot of s***t.”

Gab is trying to play it cool, gab be in the bedroom doing back flips.”

This isn’t the first time these ladies have gotten candid about their sex lives.

During a previous “Coffee With Kelly After Dark” Live, Kelly Rowland and Lala Anthony were discussing whether or not they like to use sex toys.

Do you want Gabriel Union to join the next video? Let us know in the comments. 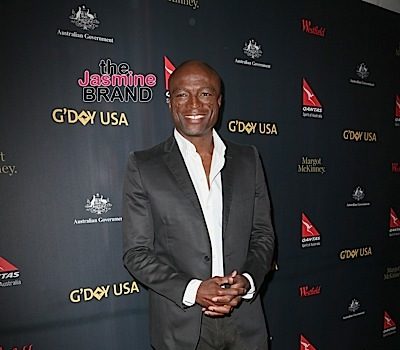