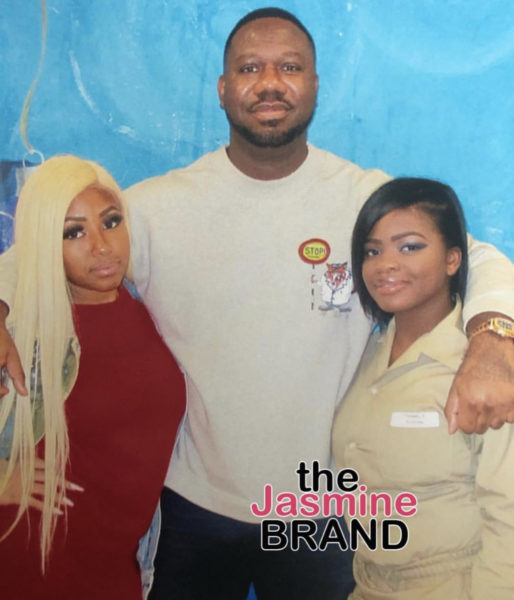 The countdown to City Girls member J.T.’s release from prison has officially started. The rapper is currently serving a two-year sentence for credit card fraud. She stole a man’s card after they went on a date. Interestingly enough, she turned herself on June 29 of last year, which marked the release of Drake’s Scorpion album. That project features the City Girls on the hit single “In My Feelings.”

Almost a year later,  Quality Control co-founder Pierre “Pee” Thomas said she’ll be a free woman sooner than later during an interview with 99 Jamz in Miami.

#BETAwards: @supacindy and @djentice speak to Pierre “Pee” Thomas & his artist Lil Marlo! During their conversation, Pee says #JT of the @CityGirls_QC will be out of jail in less than 90 DAYS!! #AfternoonGetDown #WEDR #99JAMZ pic.twitter.com/tn4T1r7rP1

Still, J.T. isn’t officially scheduled for release until March 21, 2020. But if she’s released early, it’s very possible she’ll go to a halfway house and fulfill the last nine months of prison there. She was denied her motion for release to a halfway house, but the Bureau of Prisons can still greenlight it.

J.T. has still been vocal from prison. She checked in earlier this year and said she can’t wait to get back to work.

She was definitely excited about the news of her groupmate, Yung Miami’s pregnancy.

Yung Miami shared a screenshot of J.T.’s reaction with their fans. J.T. said in the message,

“I love you more!! Girllllll it’s gone be all about summer now it’s 3 members of the City Girls, I still don’t believe we fanous God really did favor us! I went to prison broke I’m coming home rich! AND you having summer so we gone have soooo much to do she gone wanna hang with us since baby Jai never do!! I’m excited I’m gonna have her a room at my house!!” 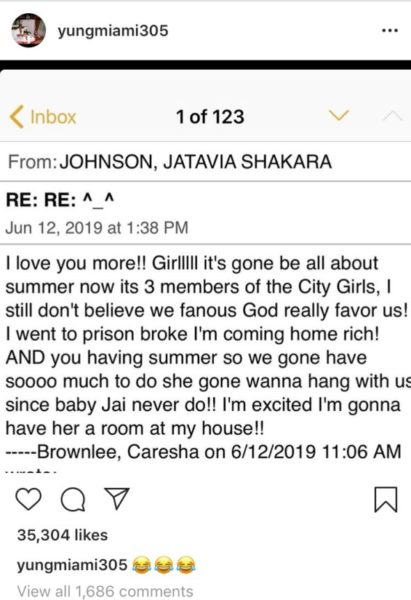 Thomas also went to visit J.T. recently and reflected on being teased for signing J.T. and Yung Miami, knowing that J.T. would be heading to jail.

“I remember they laughed at us signing the City Girls and we signed them knowing JT was going to jail. Who get the last laugh now? The point is don’t get distracted by other people thoughts just focus on your sh*t.” 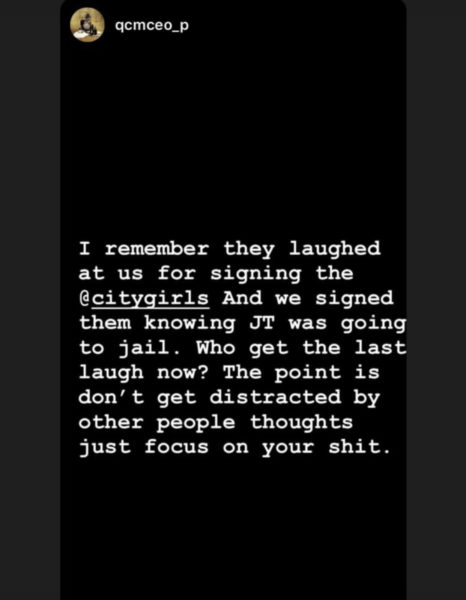 What do you think about J.T.’s possible early release? Tell us in the comments! 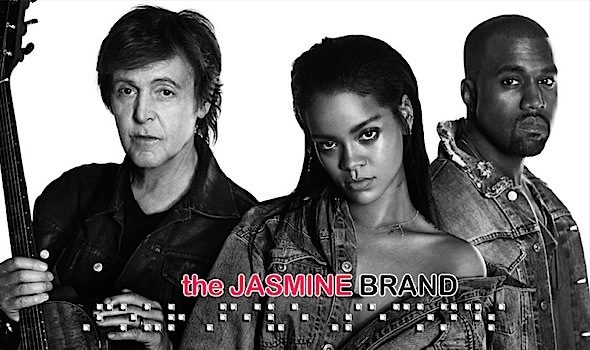 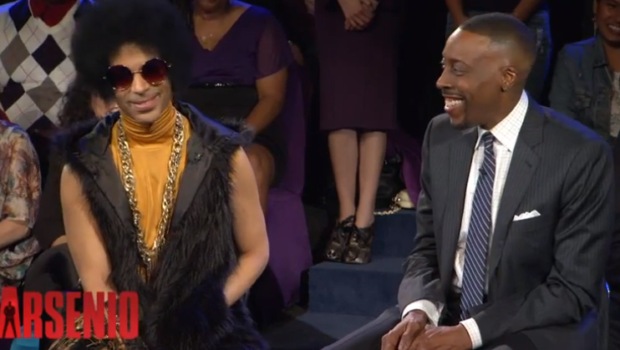