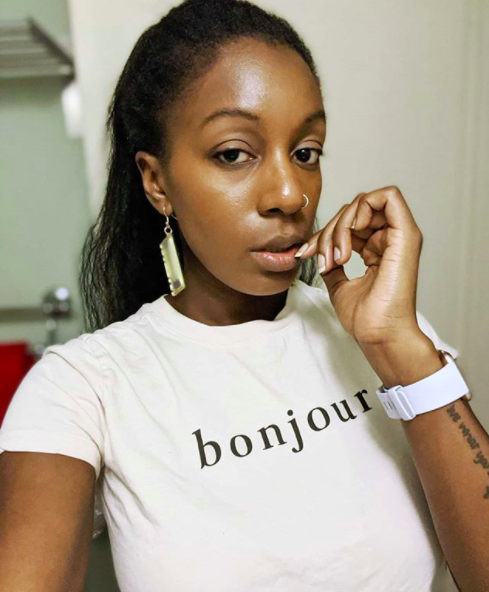 Former ABC’s Bachelor & Bachelorette series casting director, Jazzy Collins, slammed the shows for their predominantly white staff on and off camera. She worked for the series for five seasons before leaving, after she felt her voice wasn’t being heard. She said in an open letter to the shows and the ABC network,

“Your show has white-washed for decades, inside and out. Your head of post-production is white. Your Casting Director is white. Your Executive in Charge is white. You only cast the token Black person, Asian person or Latinx person to satisfy what you believe to be the needs of the viewers […] I am calling on you to select a diverse cast and production team for season 25 of The Bachelor and moving forward.” 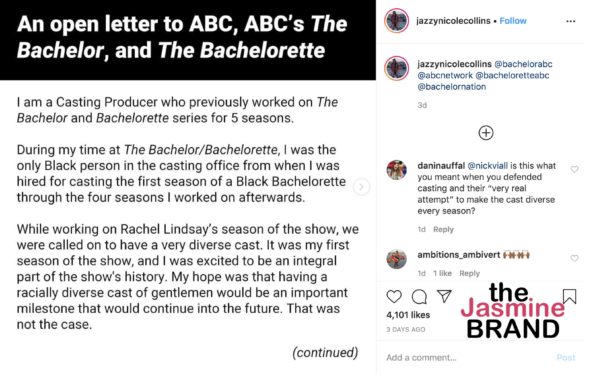 Jazzy Collins first came on board when ABC casted their first black Bachelorette, Rachel Lindsay. She said she assumed because the network took the step to showcase diversity on camera, it would lead to more diversity for the entire show, but it didn’t.

“It was my first season of the show, and I was excited to be an integral part of the show’s history. My hope was that having a racially diverse cast of gentlemen would be an important milestone that would continue into the world. That was not the case.”

“After finishing Rachel Lindsay’s season of The Bachelorette, it went back to status quo: the cast was predominantly white.”

It was previously reported that The Bachelor casted it’s first ever Black bachelor, Matt James, 28, for the show’s forthcoming season. Jazzy Collins acknowledged the announcement, but believes it should have happened a lot sooner than now.

“I am happy to see you’ve chosen Matt James as your first Black Bachelor in 25 seasons. It took a pandemic and the Black Lives Matter movement to take a moment and reassess the issue at hand, which I’ve called on for years.”

“Not only is it important to have a diverse cast reflect what the rest of America looks like, it’s important for the production and casting teams to be able to share the same experiences as the cast members.” 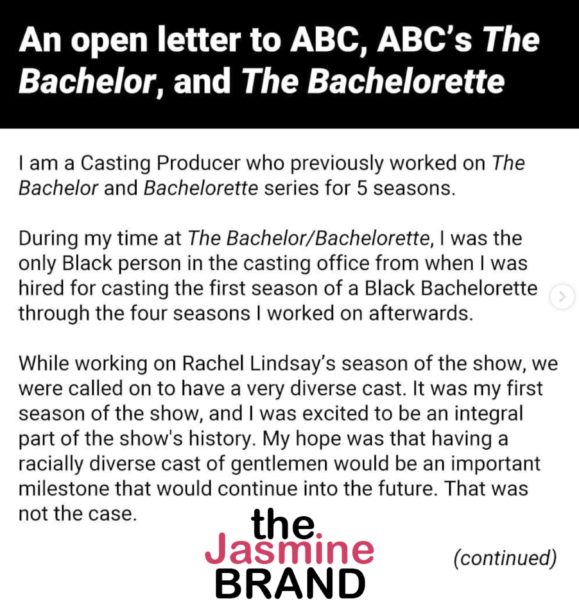 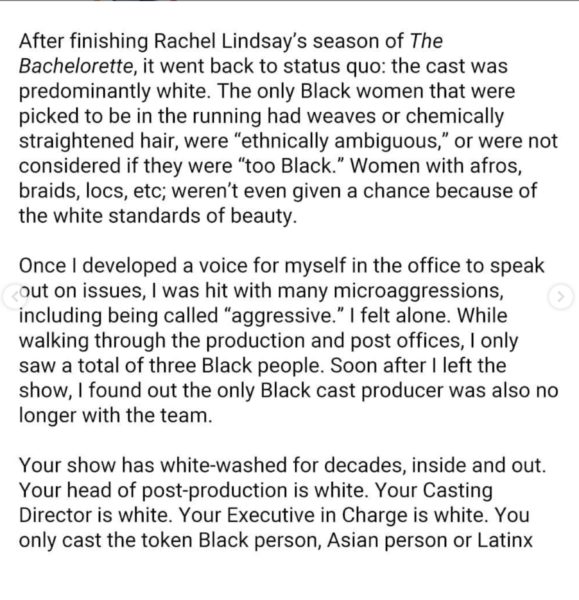 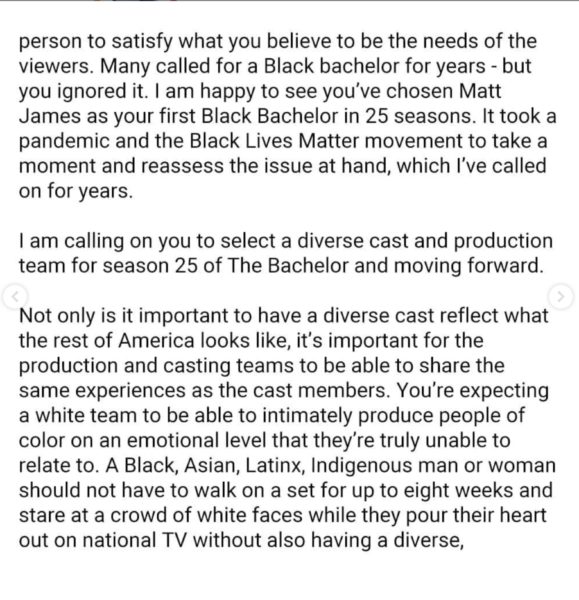 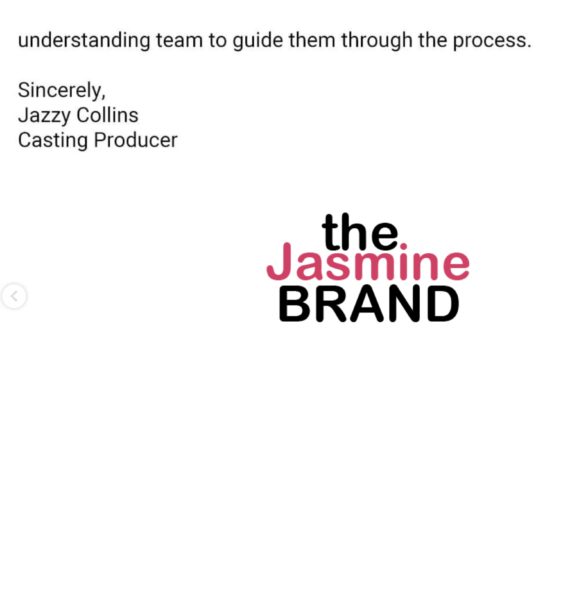 Do you agree with Jazzy Collins statement about lack of diversity on ABC’s The Bachelor/ Bachelorette? Leave your thoughts with us in the comments.

Caitlyn Jenner Gets More Than Half A Million For Australian Reality Show!
Exclusive
Post Slider 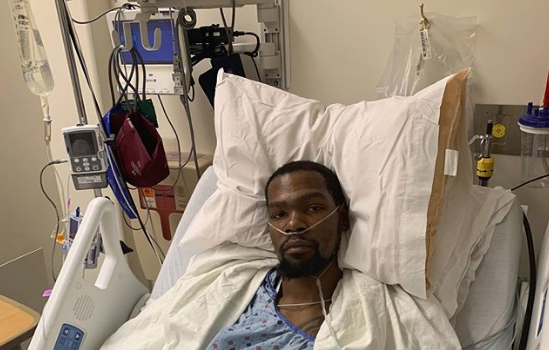 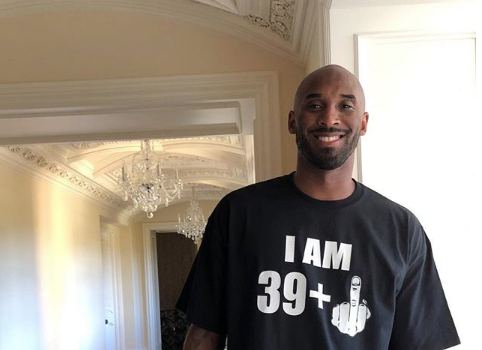 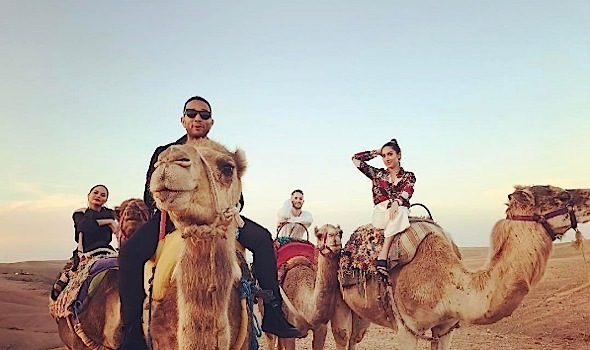