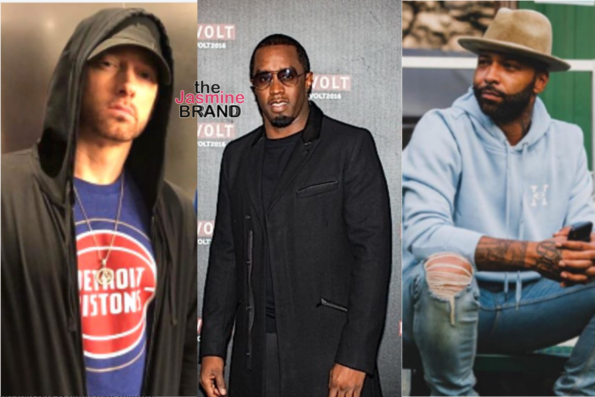 Update #2: Revolt appears to have responded to Eminem. See their post below. 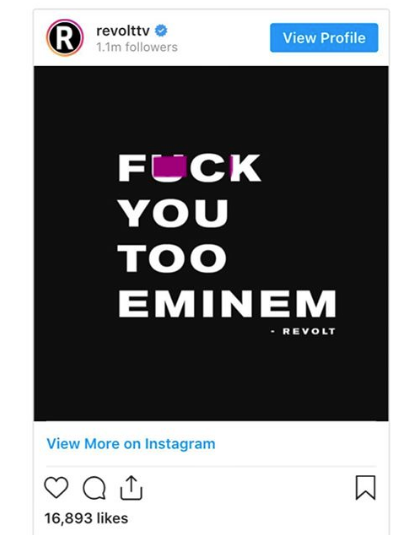 Original Story: Rapper Marshall “Eminem” Mathers has never held back from dissing other celebrities since landing on the music scene 20 years ago.

A new leaked version of Conway The Machine’s “Bang” from 2019 has bars that feature Eminem taking shots at Sean “Diddy” Combs’ media company Revolt.  He also slammed rapper and TV host Joe Budden, who is the host for Revolt’s talk show State of the Culture.  In the song Eminem raps,

“Y’all are like a f*cked up remote. Now I get it why our button’s broke. Cause you pressing him but do nothing though, especially when it comes to punches throne.”

“Tell this journalist stick to the stuff he knows, like always running, from Migos.”

Listen to the song here:

This isn’t the first time Eminem has dissed Joe Budden. In 2018, Joe Budden responded to Eminem’s diss towards him on his latest Kamikaze album. Joe Budden, who is now a retired rapper that creates content for Spotify and Revolt TV, took to his weekly podcast to publicly respond to Eminem. 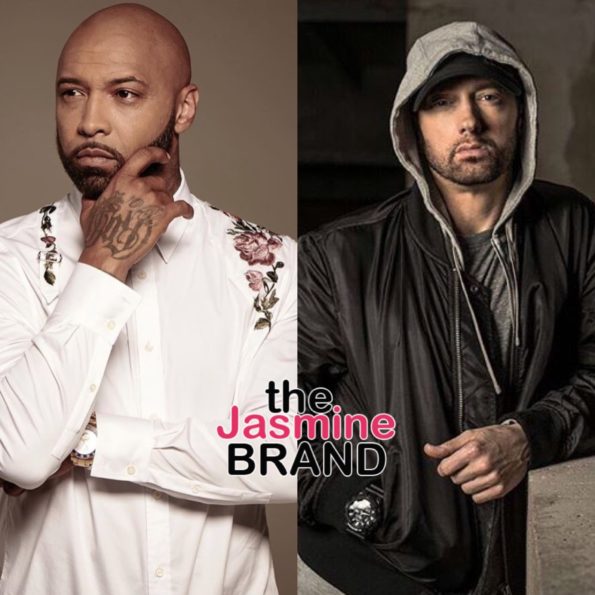 “Let me tell you what Joe Budden has this entire time. I’ve been better than you this entire f*ckin decade. I couldn’t say that back then. In my rapper brain, I’m a content n*gga, you gotta say something. You have not said anything for the better part of a whole f*ckin’ decade. You have rhymed a bunch of words. So, let me give you some love. Eminem is the best rhymer of words in the world. On the planet. He can rhyme letters , he can rhyme words that don’t rhyme, he can rhyme accents damn near. Boy is talented. Know the hip hop I fell in love with? The hip hop that said you have to say something. I personally haven’t heard that Marshall in quite some time.” 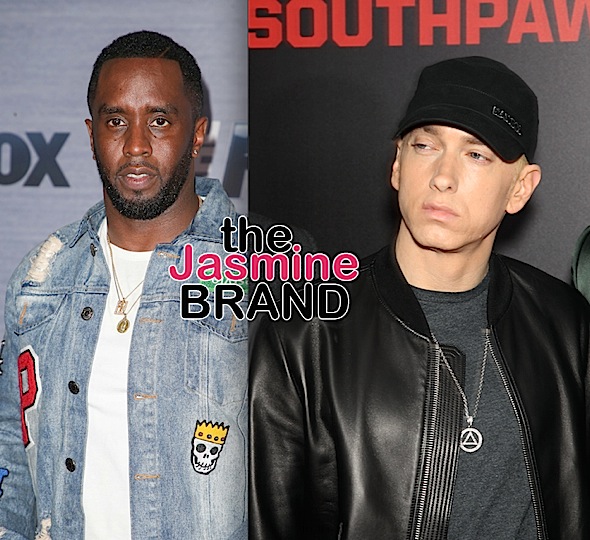 Diddy has also had previous beef with Eminem after he dropped a diss track against MGK. In the song titled“Killshot”, Eminem accuses Diddy of having Tupac killed. He raps,

“Killshot, I will not fail, I’m with the Doc still / But this idiot’s boss pops pills and tells him he’s got skills / But, Kells, the day you put out a hit’s the day Diddy admits / That he put the hit out that got Pac killed”

Joe Budden, who works closely with Diddy said back then that Diddy had planned to address Eminem privately on the matter.

“There’s nothing to speculate about. Nothing to talk about. Puff said it’s in his hands and he said I can say it. That’s the end of that.

That’s a conversation I can’t have on the podcast because of my brand but that is bigger than rap. And I’m getting out of there because I’m afraid. You just have to question why people do things sometimes.”

What are your thoughts on Eminem’s latest diss of Revolt and Joe Budden? Let us know in the comments! 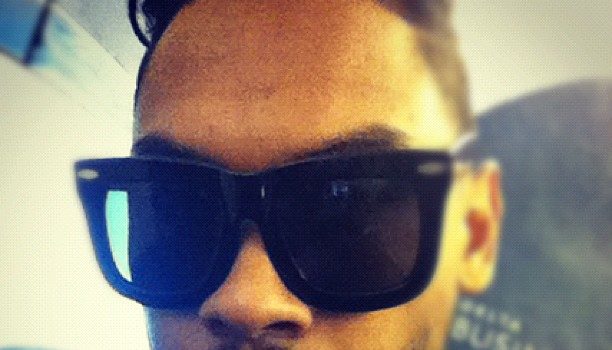