Big Sean is ready to be the boss!

Big Sean, 33, has left the nest and officially parted ways with Kanye West’s label, G.O.O.D. Music. On Twitter, the Detroit rapper explains why he left and that despite the departure, all is well between him and his former label mates. 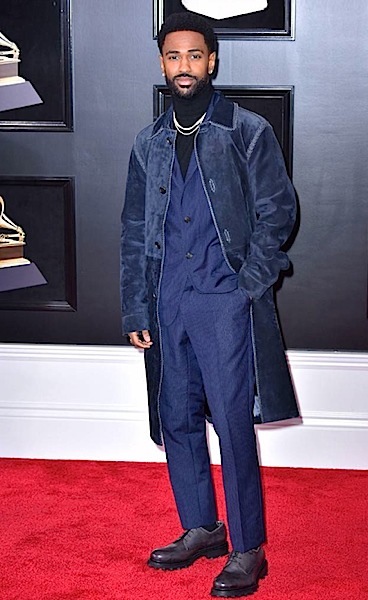 In a series of tweets, Big Sean writes,

After a fan reacted to the news, Big Sean replied,

“That’s a forever brotherhood, but business-wise, I had to start getting a bigger cut! I worked my way out that deal.” 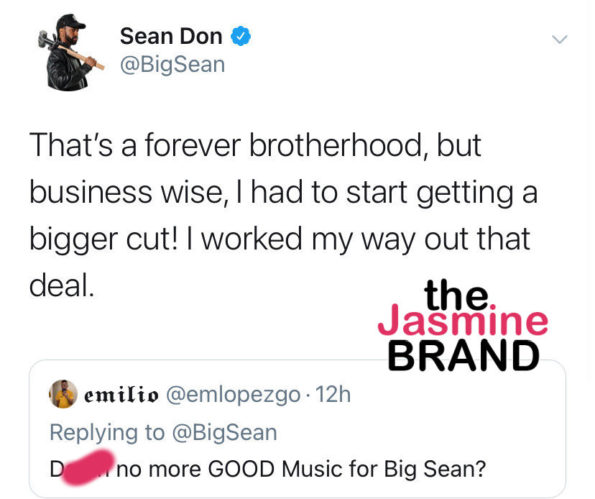 News of Big Sean leaving G.O.O.D Music comes shortly after the Finally Famous rapper tweeted about the ‘good ol’ days with his former label. He added,

“I also really miss the brotherhood I use to have with GOOD music, I don’t know what happened. Guess those the GOOD ol days. It’s all love, but we use to really be clique’d up.” 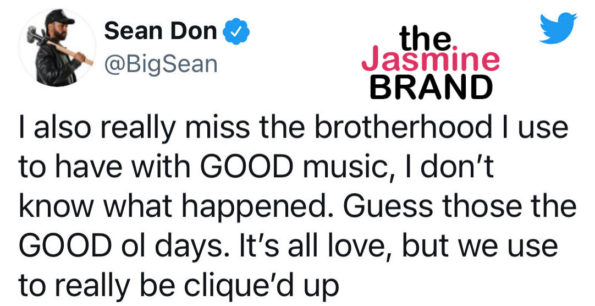 Big Sean joined Kanye West’s label in 2007 after rapping for him at a Detroit radio station. During his 14 year stint with G.O.O.D Music, Big Sean released several mixtapes and five solo albums including ‘TWENTY88′ with Jhené Aiko, ‘I Decided,’ and ‘Dark Sky Paradise,’ which produced hits like ‘I Don’t F*** With You‘ and ‘Play No Games.’

He also played a major role in the label’s collaborative project, ‘Cruel Summer,’ which featured the song, Mercy.

Big Sean’s new label, FF to Def Entertainment, released his new project, What You Expect today, Oct. 29, along with a video for the single, ‘Loyal to a Fault’ featuring Bryson Tiller and Lil Durk.

What are your thoughts on Big Sean starting his own label? Tell us in the comments. 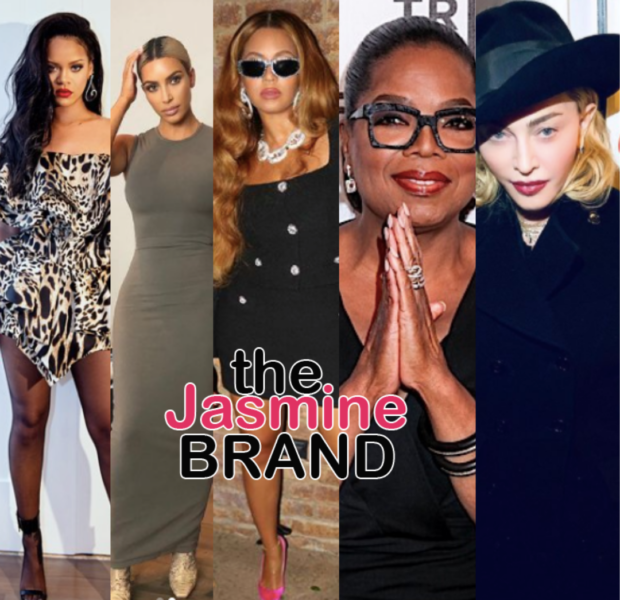 Kehlani Accidentally Accused Of Sleeping W/ Another Woman’s Man, Tells Her: “Mine Was Acting Up Too, Cut Them Loose!”
Exclusive
Post Slider 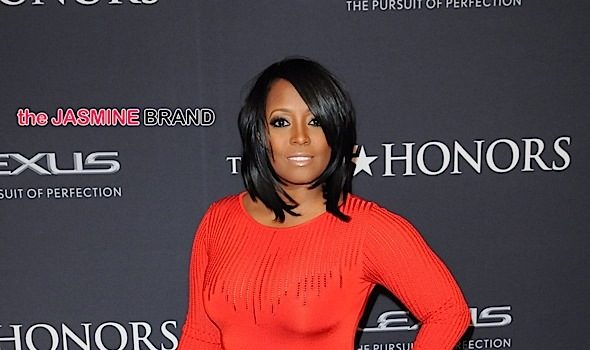