R.Kelly’s prosecution team in New York City filed a motion on July 8, asking the judge to keep the jury in the disgraced R&B singer’s trial on racketeering and sex trafficking charges be kept anonymous from the public, prosecutors and the defense team during the legal proceedings.

Federal prosecutors are also asking for the jurors to be partially sequestered because of the high profile media coverage of the case and R.Kelly’s history of allegedly interfering with legal proceedings and witness tampering.

R.Kelly was indicted back in March for a variety of charges which include racketeering and sex trafficking involving six different women. The singer is being held in federal prison in Chicago, where he also faces federal and state charges.

His federal trial in Brooklyn was supposed to start in September, but the trial may not happen then because the coronavirus pandemic has shut down federal courts in areas where the virus has had a significant impact.

In the motion filed by federal prosecutors, they state that having jurors eat lunch away from the public and be accompanied in and out of the courthouse by US Marshals will safeguard them and the integrity of the trial.

R.Kelly’s lawyer Steve Greenberg agreed with his argument and said,

“We don’t want them when they enter and leave the building, when they go to lunch, or walk outside for fresh air to be exposed to the influences of the Me Too movement.”

However, Greenberg disagreed with keeping the jurors’ hometowns and places of work anonymous from the defense team.

“The idea that R Kelly is going to do anything while his case is pending to intimidate jurors or threaten jurors like some 1950s mobster is ludicrous. I’ve done cases with anonymous juries. But we, as his lawyers ,should certainly know where the jurors are from, what they do for a living. The idea of jury selection is that you have some idea of whom you’re selecting.”

The last time we heard from the singer, Greenberg told the press that the Chicago native could possibly have diabetes and is overweight,

“I was able to speak to Robert [Kelly] through a specially arranged phone call, and he is now awaiting confirmation he may have diabetes. He has been experiencing panic attacks… [Kelly] is petrified. He is convinced he is going to die while in pretrial detention.”

Greenberg made the comments before he made another bid for R.Kelly’s release on bail to a federal judge in New York, where he also faces criminal charges. The letter laid out his health situation as “likely diabetic” after a test

“reveals that he is 1/10 of one point below diabetic.”

Greenberg blasted officials for not letting R. Kelly know of his condition sooner.

“The test results came back a month ago but the jail withheld that information from him. He is now waiting for confirmation.”

Greenberg has repeatedly called for R. Kelly’s release from the tight quarters of the downtown Chicago prison.

“The conditions they have these people in are inhumane. They are people who have not been convicted of anything and they are sitting in there and just waiting and wondering when they are going to get sick.”

What are your thoughts on federal prosecutors asking for the jurors in the R.Kelly trial to remain anonymous? Let us know in the comments below. 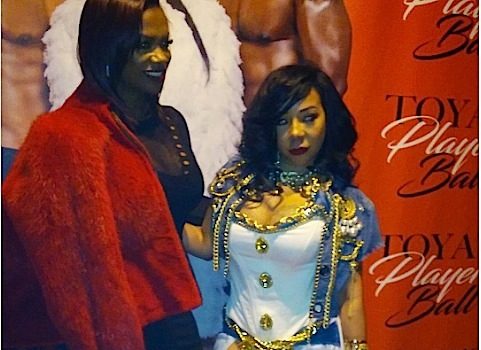