Jaguar Wright’s recent comments about 90’s R&B singer Tevin Campbell has him threatening to sue her.

The singer recently did an interview where she spoke about Tevin Campbell and claimed that he sold his body for drugs and money.

“How does a boy with a voice like that, that had the records that he had, that could have easily transformed into one of the greatest male vocalist of all time, end up up prostituting himself for drugs and change on Hollywood Boulevard. How does that happen with a gift like his?”

Tevin Campbell did not take Jaguar Wright’s comments lightly. He responded in a now-deleted tweet that reads:

“According to @jaguarwright I was a sex worker on Hollywood Blvd. It’s called online defamation. Do. Not. Test. T.E.V.I.N. My lawyer is on deck. I would take that YouTube vid down if I were you. My past is well documented and I’ve learned from it and I own it. I will not tolerate anyone telling lies about me online.” 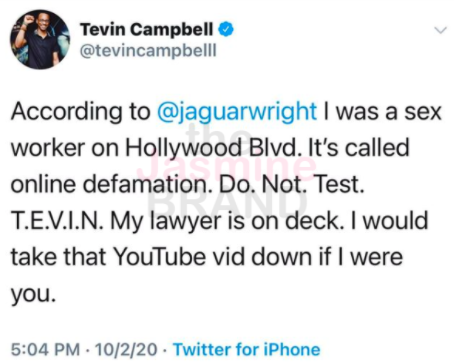 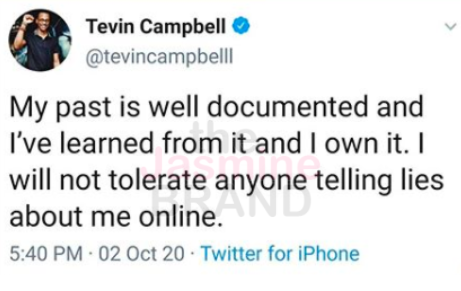 “If you don’t stand for something you’ll fall for any d*** thang…God don’t like ugly and ain’t too crazy bout pretty.”

Two hours later, he made a final tweet for the night in regards to the situation. Tevin wrote,

“Youtube video by @jaguarwright reported. Still let’s pray for her. Seems like she could use some positive energy in her life.” 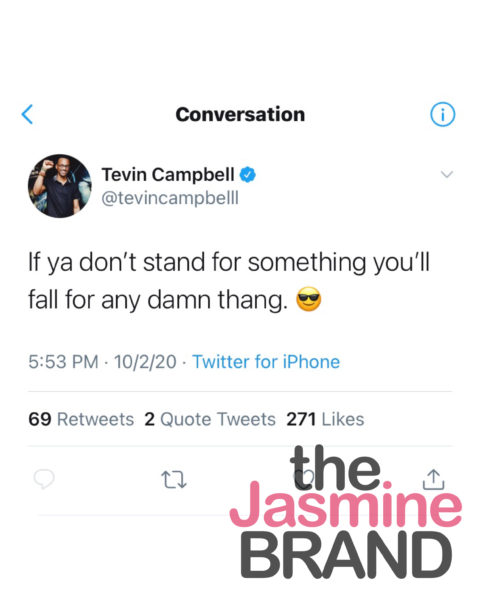 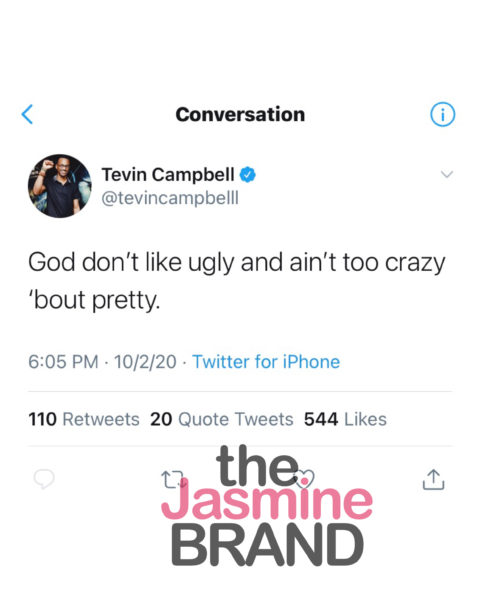 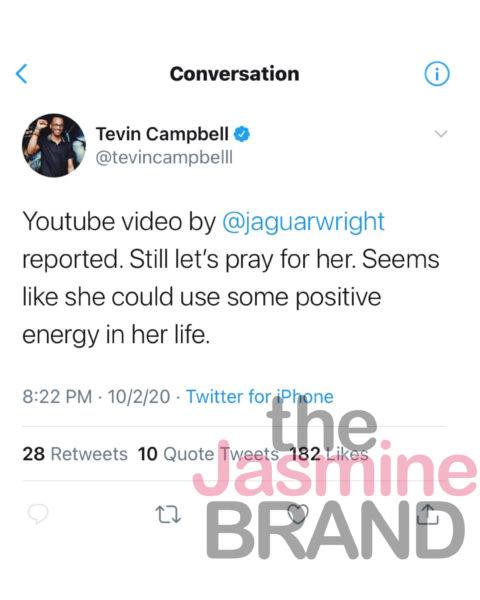 This is not the first time Jaguar Wright has come out with allegations against her music industry peers. Just last month, she alleged that Mary J. Blige she is gay.

“I can produce my own songs. I can sit down with a competent mix engineer and walk all the way through a mix. I can do those things Mary, can you? What can you do, Mary? Other than play dress up and eat sn***h in dark places hoping nobody finds out you’re gay. And If I’m lying, sue me Mary. If you got the heart, let’s do the Verzuz. Or if you want to apologize to me for the way you tried to destroy my career at it’s very beginning, you can do that, too.”

What are your thoughts on Jaguar Wright’s allegations against Tevin Campbell and his reaction to them? Let us know in the comments.

Keri Hilson Opens Up About Rumored Feud W/ Beyonce, Says ‘Turning Me On Remix’ Lyrics ‘Was Not My Writing, I Had To Take The Penalty’
Exclusive
Post Slider