Singer Justin Bieber seems to be fed up with outsiders always waiting to catch a glimpse of him. In a post shared on his Instagram stories, Justin Bieber asked a question that seemed to point to the always-relentless paparazzi. He asked:

How do you convince yourself it’s not completely inappropriate and disrespectful to wait outside my home to gawk, stare and take pictures as I walk into my apartment. This not a a hotel. It’s my home. 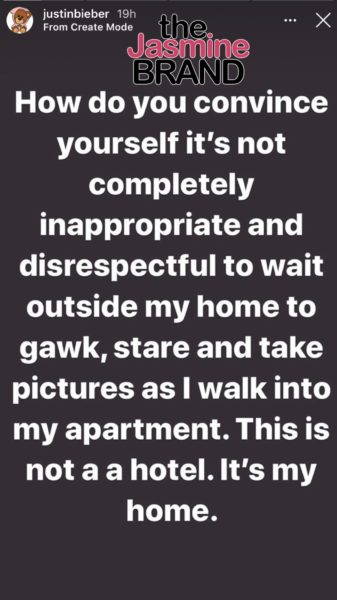 There doesn’t seem to be any specific event that may have inspired Justin Bieber‘s latest post. However, it seems that just like everyone else, the “Holy” singer just simply wants his privacy to be respected. Justin also seems to want people to understand that despite the road he’s been on that led him to super-stardom, he’s had some moments where he felt lonely despite the world knowing him.

In his brand new video for his Benny Blanco-produced single, “Lonely,” 14-year-old Canadian actor Jacob Tremblay plays the role of a young Justin. The video features the young actor wearing a haircut similar to the one Justin rocked when he first came on the music scene in 2009 nervously walking onto a huge stage inside of a nearly-empty theatre. The nearly three-minute song seems to be a retrospective and biographical one, full of raw emotive lyrics like:

What if you had it all but nobody to call?
Maybe then you’d know me
‘Cause I’ve had everything
But no one’s listening
And that’s just f**ing lonely

What do you think about Justin Bieber’s recent social media post requesting privacy and his latest video for his song “Lonely?” Tell us in the comments! 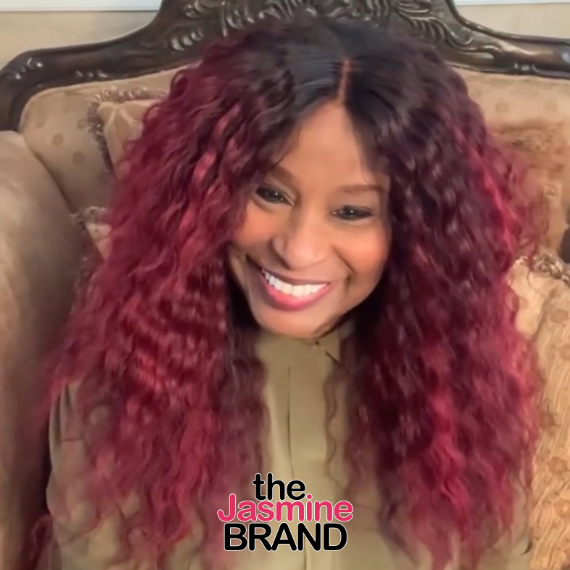 Chaka Khan Believes Auto-Tuned Singers Don’t Stand A Chance In the Music Industry: They Need To Get Them A Job At The Post Office

Kanye West Continues His Support For Republican Party: People Wanna Call Me A Coon Because I Chose My Right!
Exclusive
Post Slider 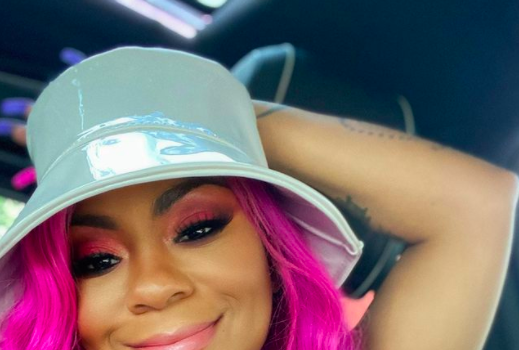 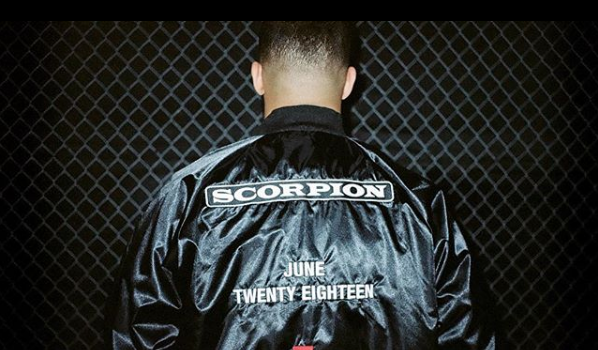