theJasmineBRAND exclusively reports, Claudia Jordan is shooting down reports that she’s participating in an upcoming heart-to-heart conversation with the White House.

Over the weekend, a press release announced that the reality star, along with other prominent African American actors and entertainers including Eric B, Too Short, DeRay Davis, accepted President Donald J. Trump’s invitation to visit the White House in December to work together on important issues facing the Black Community.

“This is NOT true. I’m not doing anything Trump related with the White House. I can assure you of that.”

“I sat down for an interview with producer Daphne Barak for a Netflix special a few months ago and it was supposed to be for them to get some insight on who he REALLY was. Then I see promos stuff that it’s an October Surprise Pro-Trump Piece”.

“I’m so frustrated with this admin and their reps/surrogates being so quick to claim any black person they can as an ally or claim an endorsement that simply isn’t there. I have had NO CONTACT with anyone from the trump family in YEARS. We saw how quick the Trumps were to photoshop and tweet a fake pro-Trump photo of Ice Cube and 50 Cent that simply wasn’t true. I was so happy when Cube immediately checked them for that nonsense! They’re so desperate for black votes that they’re mischaracterizing any mention of them or willingness to talk policy to them as an “endorsement”.

“I don’t support Trump and would NEVER participate in something like this. It’s just false.”

See the full press release about the event below.

A prominent group of African American actors and entertainers have accepted President Donald J. Trump’s invitation to visit the White House in December to work together on important issues facing the Black Community.

In a late-night night phone call with the President Saturday night, rappers Eric B. and Money-B, actor Isaiah Washington, who are among the stars in Trump vs. Hollywood, and film director Daphne Barak, all agreed to continue their discussion of economic opportunity, criminal justice reform and the President’s groundbreaking “Platinum Plan” to deliver greater opportunity, security, prosperity and fairness to their communities.

“Thirty years ago I had a conversation with Donald Trump and he told me never to be afraid to hire the best people in business, even if they have more experience than me,” said rap pioneer Eric B., a lifelong Democrat. “And that conversation has shaped my business decisions ever since. I am pleased that President Trump is willing to have this uncomfortable conversation about how we can help the black community close the wealth gap.”

“President Trump took the time to get on the phone with us after a long day with four campaign rallies and I took that to mean he cares about our concerns,” said Money-B. “It’s refreshing, and a good beginning. We want to get to work.”

“I know firsthand what the Fake News media can do to a person, and I see what they keep trying to do to President Trump,” said Isaiah Washington. “I’m now solidly with President Trump and I’m liking what I’m seeing in the results already.”

“We filmed a documentary in real time during the pandemic, and with so much going on from the coronavirus to George Floyd, we wanted to hear from both sides of the political spectrum,” said film executive producer and director Daphne Barak. “We spoke with a variety of celebrities and a common theme among many was “Can we just talk?” We are pleased that President Trump took time from his packed schedule to talk and listen. All people on the call felt that he really wants to have an open conversation with the Black community.”

The artists had just completed a sneak preview of Barak’s documentary, Trump vs. Hollywood, which is an examination of the divisions in America and an attempt to bring opposing ideologies together for a long-overdue civil discussion. Barak interviewed 24 Hollywood stars, musicians, rappers and notable figures from both sides of the political spectrum during the pandemic about their candid feelings regarding President Trump and America.

For more information about Trump vs. Hollywood, please visit www.fighting4oneamerica.com. 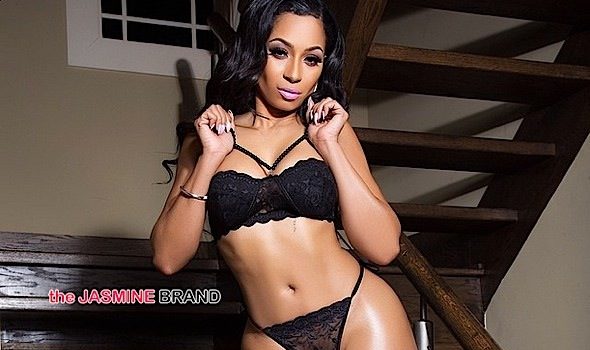 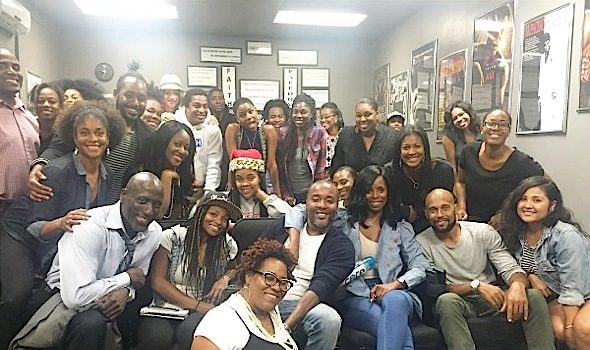