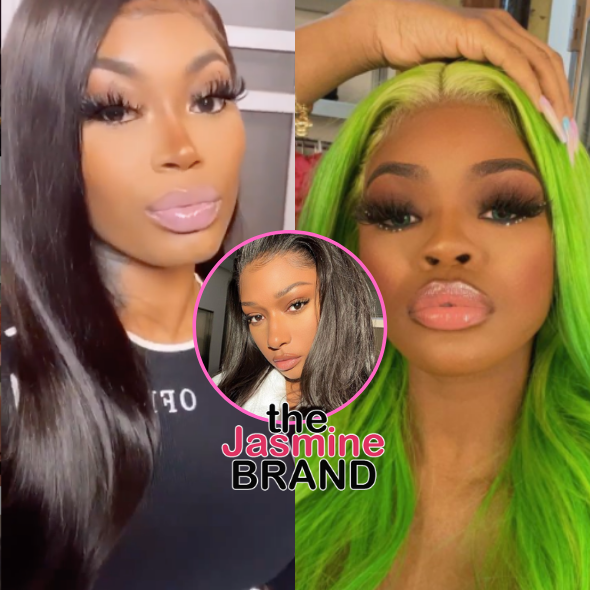 Rappers Asian Doll and JT aired out their issues with each other during a heated exchange of words on social media Sunday (Dec. 20th).

During her live, she also played her version that was removed.

She then responded to a fan and said while she was upset about being taken off at first, she quickly got over it. She also urged fans to look at “the bigger picture.” 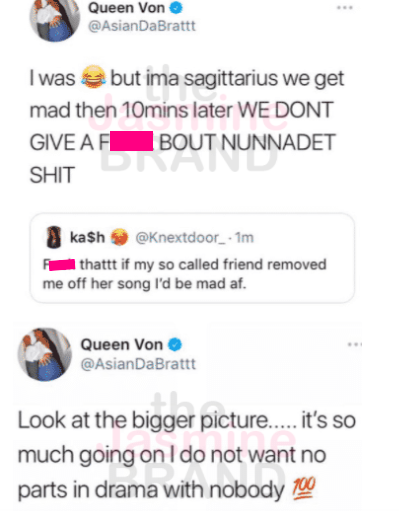 Despite the potential drama between Asian Doll and Megan Thee Stallion, she tweeted, and later deleted: 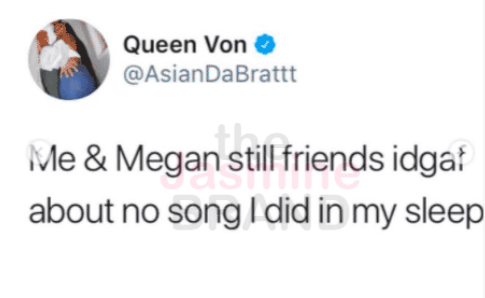 That’s when J.T. hopped in and subliminally tweeted:

“A real friend is something you b—-es know nothing about!”

“I been doing good but ima bout to start laying y’all attention seeking h-es out & I’m coming with facts!!!!! Sympathetic a– h-es are really starting to grind my gears! Fr!… Like if you know it’s gone draw attention & cause commotion … why speak on it? Mind you lying! But go off!” 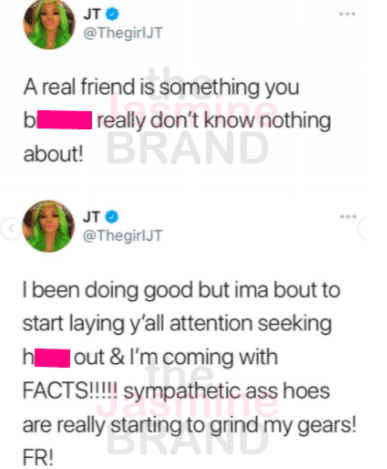 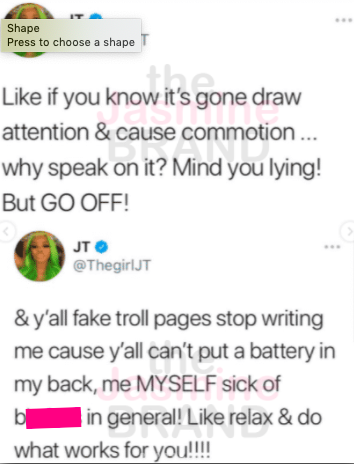 Asian Doll responded and said she’s not moved by the subliminal tweet.

“If JT ain’t say my name then she wasn’t talking to me stop being messy cause what I said was between me & Megan !” 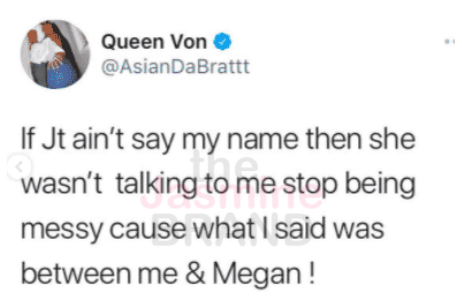 She later explained that she’s an independent artist before stating that something told her not to do the song after being asked. 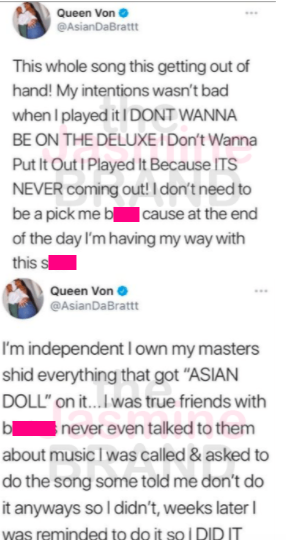 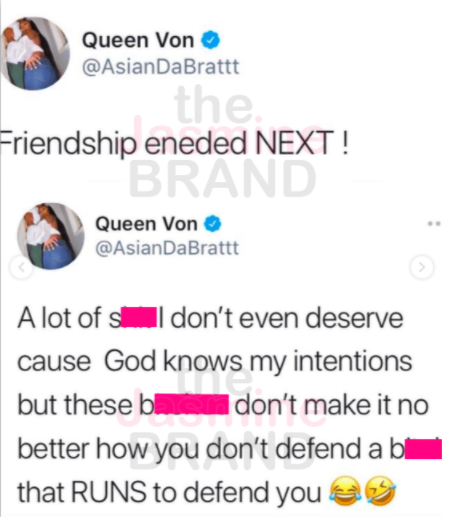 JT then responded with her own tweets. 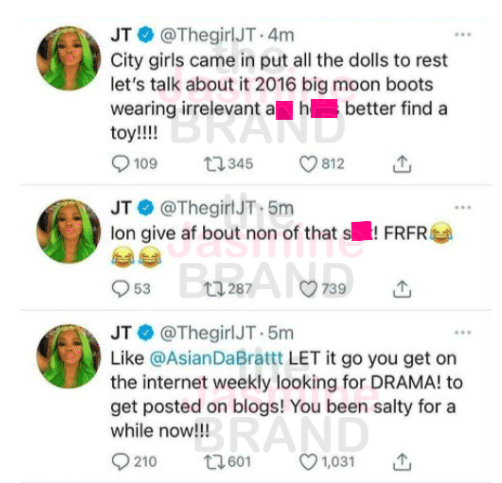 She also replied to Asian Doll’s tweet that reads:

“Glad I been pretty my whole life”

“ain’t get your a– no where but drop from every record label must be got dropped on your head to THINK you can f— with me!” 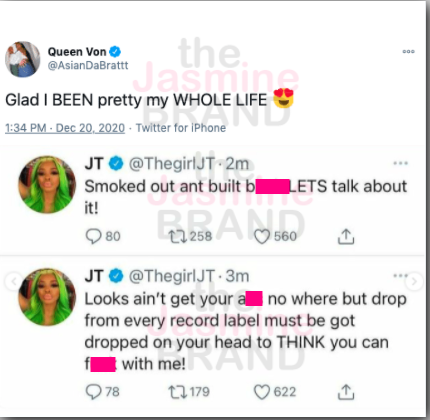 Their exchange continued as Asian Doll said she was ready to fight. 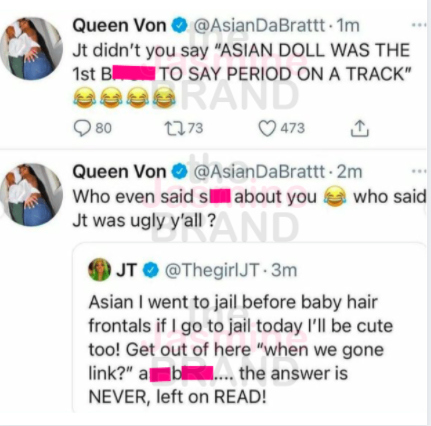 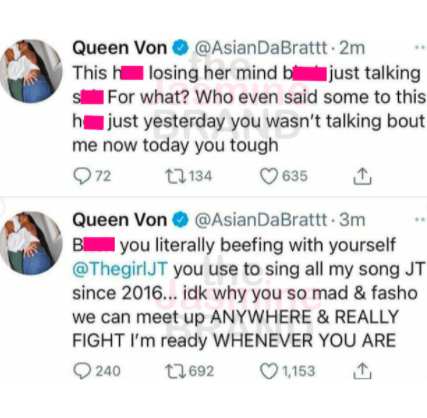 Megan Thee Stallion then stepped in and addressed fans who called her out for not publicly defending Asian Doll. 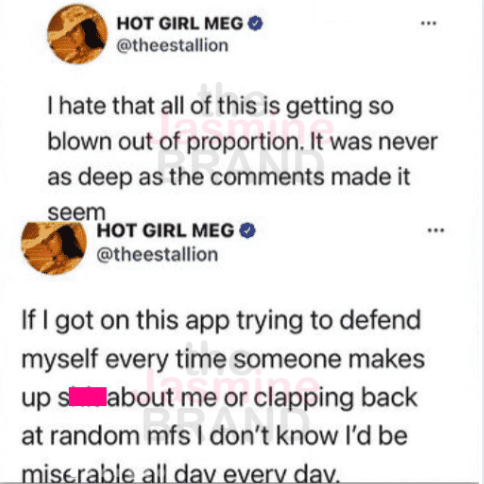 She spoke on being a friend to Asian Doll, especially after she got into a serious car accident. 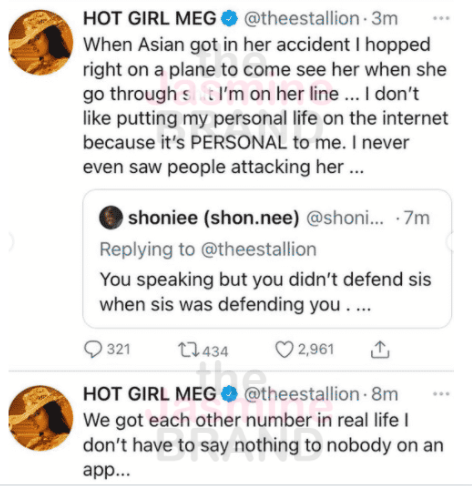 She has also deleted her tweets.

Still, Asian Doll seemed to vent about whether Megan has been a good friend. See her responses below. 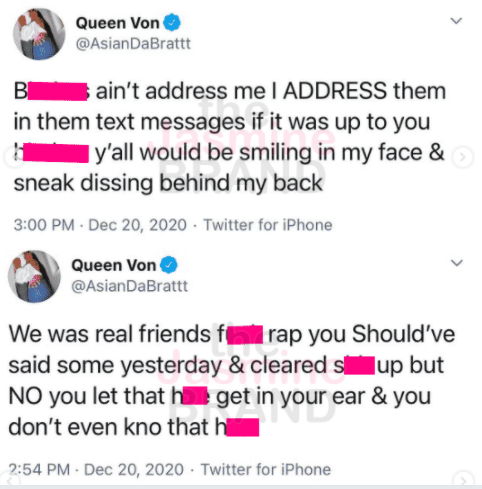 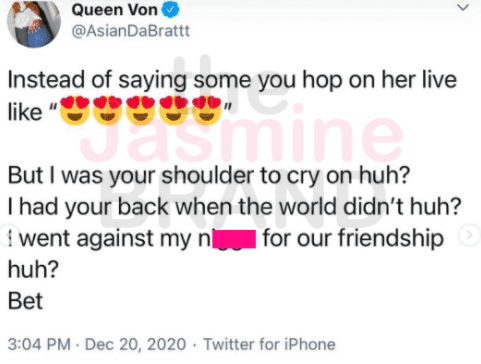 JT then got on Instagram live with more to say.

Asian Doll also had lots to say on Instagram live. 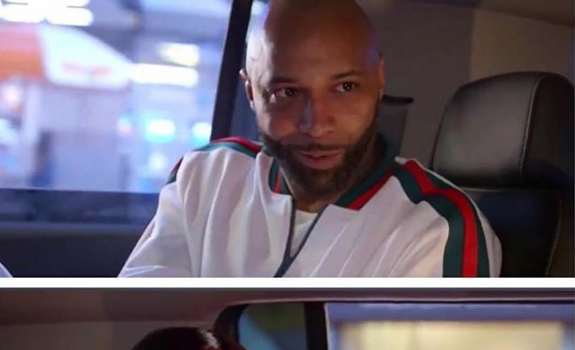 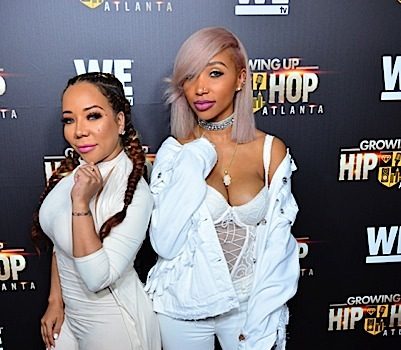