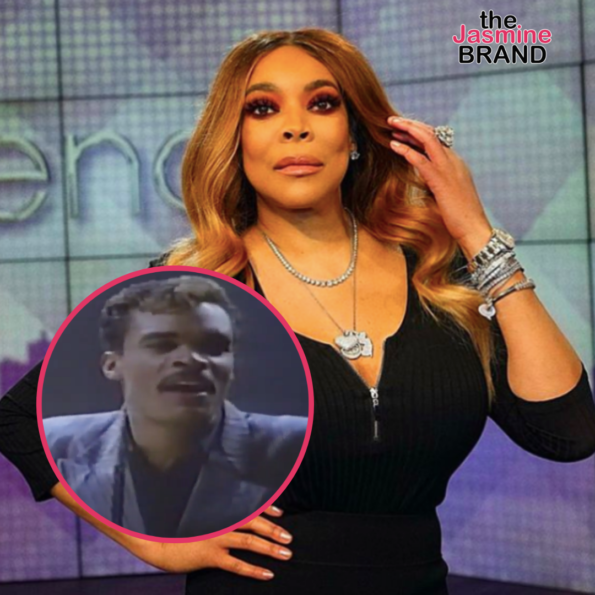 Update #2 (Jan. 15th): The wife of late R&B singer Sherrick is attempting to clear his name after TV personality Wendy Williams accused him of raping her in the 1980s.

Lynne Carter-Smith, who married Sherrick in 1993, told Page Six that Wendy Williams needs to let him “rest in peace” since he “is not here to defend himself.” Sherrick passed away in 1999.

“Sherrick was a beautiful man, a genius with a voice like an angel. We have three amazing children. This is quite painful to not only us but his nieces and siblings.”

She went on to question:

“Why would Wendy not call the police if it were true? Why did she go out with him? We have questions, too!”

His family also released a separate statement and said:


“The man that others knew as ‘Sherrick’ passed away 21 years ago. He was loved and adored by his family and we miss him every day. As I will never minimize or dismiss the horrid actions of sexual assault, I am saddened that Ms. Williams feels the need to publicly make these allegations when the man she is accusing is no longer on this earth to defend himself. Our family does not know Ms. Williams and are not aware of any relationship or encounter they may have had.”

Original Story (Jan. 14th): Wendy Williams is becoming candid about the unfortunate hardships she’s had to overcome in life. During a recent interview, Wendy Williams shared one of the shocking secrets of her upcoming Lifetime biopic, Wendy Williams: The Movie, and revealed the singer who allegedly sexually assaulted her at the start of her career. According to the famous talk show host, she was raped by late R&B singer Sherrick, born Lamotte Smith, in the late ’80s. She said,

“His name was Sherrick [and] he was a one-hit-wonder, remember the song. It was called ‘Just Call’ and it was number one on the R&B charts and an overnight sensation.”

Wendy Williams continued and shared more details about the incident. She said,

“He was in D.C. I was a cute radio DJ. He’d asked me did I want to accompany him to his album release celebration in D.C. and I said ‘yes.’ I got off the air and went back to his hotel room with him.”

“He said he wanted to shower and freshen up and introduced cocaine to the scene. I was already familiar with cocaine so I was continuing to party while he was in the shower. And I was sitting on the bed minding my own business.”

“I left after that and went home and scrubbed my skin off, cried and that was that. I never told anybody. I just handled it and that’s it.”

During the interview, Wendy Williams also revealed that she didn’t think the name of her alleged rapist was important until she started working on her upcoming documentary Wendy Williams: What A Mess. She said,

“You know, he did what he did, I didn’t think his name was that important because, first of all, while doing [Wendy Williams: What A Mess], and also simultaneously, you know, thinking about what parts of my life I was going to show regarding the movie, I couldn’t believe my good fortune…”

What are your thoughts on what Wendy Williams had to say? Let us know in the comments.