Keyshia Cole is preparing to retire from the music industry. On Wednesday, March 17th, American singer Keyshia Cole released a series of tweets and shared with her fans that she plans on retiring from her musical career after her next album. The announcement came after Keyshia Cole simply tweeted

A fan replied to the tweet and seemingly tried to motivate the ‘Love’ singer to keep pushing and to stay determined on accomplishing her goals. That’s when the 39-year-old songstress shared with the world she has plans on retiring. 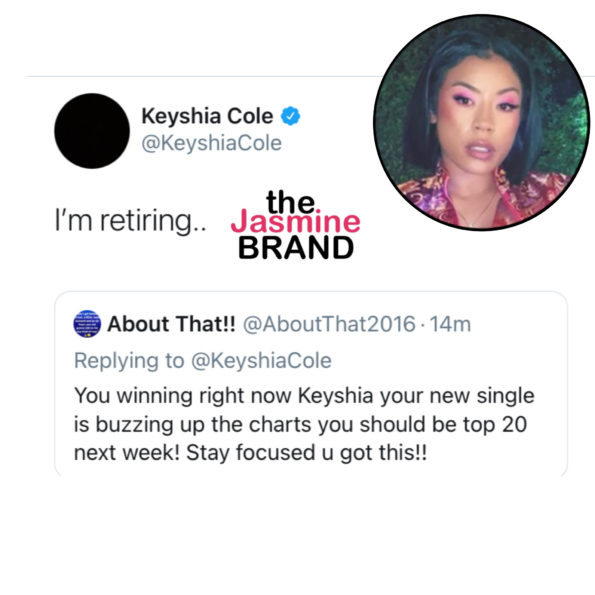 Many fans were shocked by Keyshia Cole’s announcement and asked if she was just joking. However, Keyshia continued to tweet and said that she’s not lying. 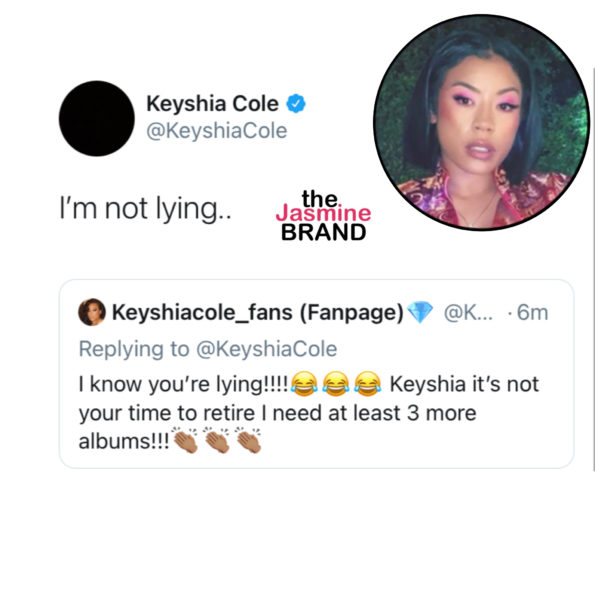 Keyshia did take the time to clarify why she’s decided to retire from music now and revealed that her children are the reason she’s taking a step back. 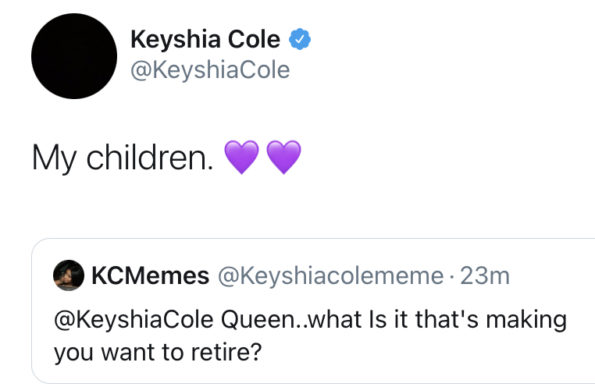 Keyshia also explained that she won’t officially retire until she has released her 8th studio album. However, she plans on taking her time and moving at her own pace for her upcoming project. 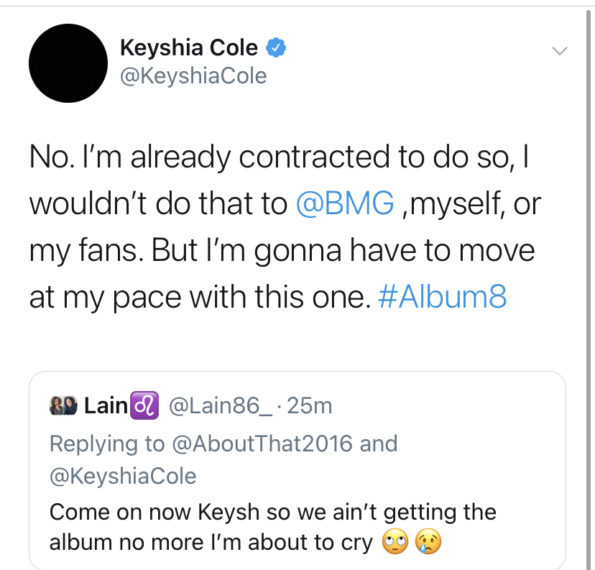 Keyshia Cole released her first studio album ‘The Way It Is’ in 2005. The project was certified gold within just 17 weeks, then it went platinum only eight weeks later. To date, she has released a total of seven studio albums and has been nominated for four Grammy awards. In addition to music, Keyshia Cole has found success in television as well. She’s had three of her own reality television shows and has been a cast member on the popular Love & Hip-Hop reality series.

What are your thoughts on Keyshia Cole retiring? Let us know below. 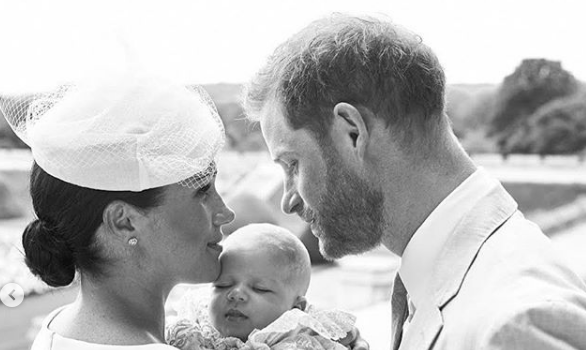