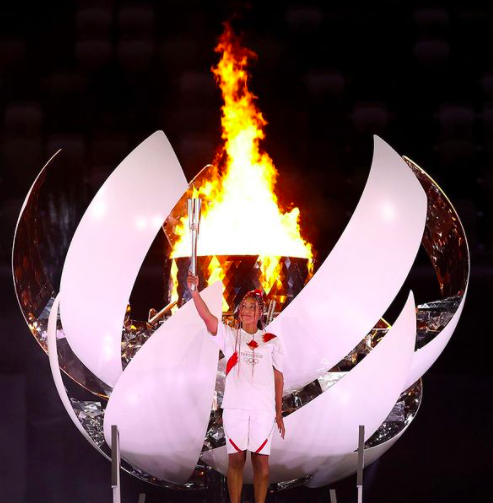 Naomi Osaka’s Olympic experience is already a memorable one. She was selected to help kick off the long-awaited event and lit the Olympic cauldron earlier today (July 23).

The torch was handed to New York Yankees icon Hideki Matsui, a Japanese doctor and nurse, women’s wheelchair marathoner Paralympian Tsuchida Wakako, and multiple local students before it reached Naomi Osaka, who had the honor of lighting it.

“Undoubtedly the greatest athletic achievement and honor I will ever have in my life. I have no words to describe the feelings I have right now but I do know I am currently filled with gratefulness and thankfulness … love you guys thank you.” 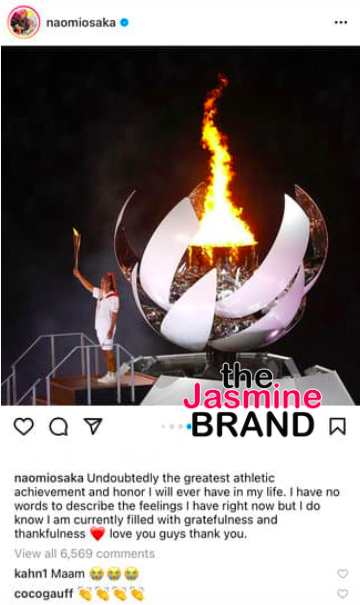 She later shared a video of the moment with the caption,

“still trying to wrap my head around what just happened, crazy.”

Naomi Osaka, who is Japanese and Haitian, previously forfeited her U.S. citizenship to compete for Japan in this year’s Olympics. She said back in 2019,

“It’s definitely going to be very special. I think there’s no other place that I’d rather play my first Olympics. I think that will be one of the most memorable things that ever happens to me.”

“I’m kind of looking forward to everything like the opening ceremony. It’s also a very big honour to even be participating.”

Congrats to Naomi Osaka on her big moment! 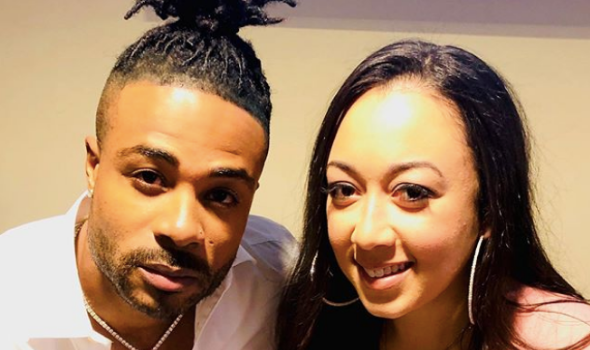