Mia Thornton didn’t hold back during an EXCLUSIVE interview!

Recently, theJasmineBRAND conducted an interview with Mia Thornton of The Real Housewives of Potomac. The Maryland native, who joined the series during its sixth season, first opened up about her past struggles with self-confidence. RHOP fans may recall that, since Mia Thornton was introduced, the subject of her appearance has been a topic of discussion–including her plastic surgery history.

“Inside there has been so much trauma and so many things that have happened to me that may be too explicit for TV honestly. But they happened to me, and because of that I feel that I’m trying to constantly fix myself to be perfect–to do this and to not look like this. Or maybe I’m trying to mess myself up purposely–so people won’t think this. So there’s a two-sided story to that.”

She went on to reveal that she’s actually started to “undo things” she has done to her body:

“As of recently, I have realized that instead of always trying to add more, I’ve actually started to take away. Like I’m getting things removed. Because I’m feeling more comfortable because I’m not hiding in my body anymore. Like I had told my story, and everywhere I go people are like ‘Thank you.’ And now I’m like ‘Okay, I can start unleashing her. I can take the lips out, I can take my cheek bones out, I can go back down a boob size. So I’m starting to undo things and really [start] working on what’s most important, which is the inside.”

While on the subject of personal development, Mia Thornton disclosed:

“Once I was adopted, my adoptive parents hired a team of doctors. And I went for hours after school to do self-help activities. I had to talk about the things I didn’t want to talk about, [and] they definitely helped mold me into who I am today. But that doesn’t stop. So there are certain things that happen in life [that make me] have to go backwards–I have to start recounting my steps and listening to all of those therapists and what they said to do. I still practice today!”

“When I was walking through the house in Chesapeake, I was counting my steps… It’s helpful. I’m a huge advocate for therapy… Life is hard, and therapy is amazing. There’s a reason why we have therapists.”

Shortly after speaking on the subject of therapy, Mia dished on how she joined RHOP. Regarding the process, she revealed:

“Karen and I were friends, and she and I had met almost around this time last year… She was like ‘I want you to join us. I think you’ll be a phenomenal addition to our group. I want you to meet my friends.’ And I was like ‘Okay, let’s do it!'”

She also added that she and Karen bonded during their first sit-down and that the connection influenced their friendship on the series. 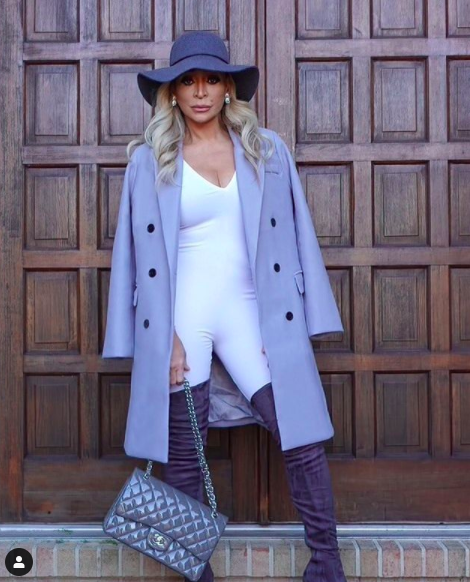 Mia Thornton then opened up about the experience of seeing herself on TV:

“It was hard watching myself on camera for the very first time. I was like ‘Is that what I really look like? Wait a minute, let me get it together. Let me go on here and stop trying to think that I can get ready in 20 minutes. No!'”

She continued, specifically touching on her reaction to seeing confessionals after filming wrapped:

‘There was a lot of mixed emotions. The thing about that for me is that we left off [on a good note at the finale]. Everybody was having a good time!… [Seeing shady confessionals] was hard. How naïve of me to think that these girls weren’t gonna be talking about little ol’ me. That was hard. I was like ‘Noted–sign me up for my next confessional, I got things to say!'”

“I probably shouldn’t have [gone off on Twitter]. For new Housewives, we need a handbook! And in the handbook, it needs to be ‘Twitter Vault: Do’s and Don’ts.’ I needed that handbook–I signed up for a job, and I didn’t have orientation. I needed help!” 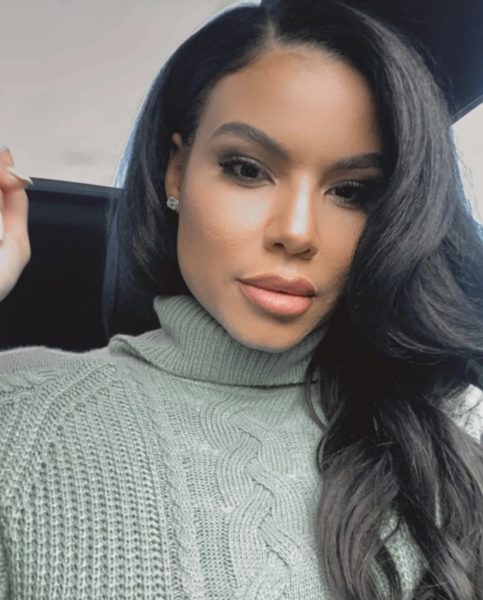 Staying on the subject of Twitter, the reality star spoke on having social media managers:

“I have a few people [who manage my] social world. I can’t do it all. I try to get to it all… I wish I could respond to every DM, every message, because I really do appreciate it… But obviously that means I would have to be on social all day, and then who gon’ pay the bills?”

She also touched on shady tweets being posted on her behalf, saying she agrees with the majority of the “gutter” tweets:

“I agree with it all, or else I would have deleted it. I didn’t! But I think we ended up back-tracking on some of them. I do think that we removed some.”

Then, Mia proceeded to dish on the RHOP reunion–which recently aired its second installment. She initially talked about her attitude going into the reunion, saying:

“[I had] emotions all over the place… It was a lot. This is what made it so challenging for me: [my husband] G had checked out. G was like ‘Them cameras ain’t coming back in our house–we’re done!’ I was like ‘What?’, and then I agreed with him. And then we channeled back… we can’t lose our cool. We also sat down and said ‘We’re not quitters.’ I don’t quit anything. Whatever I start, best believe Imma ride ’til the wheels fall off. I’m just not a quitter!”

“I was disappointed that we as women–[me] included–tear each other down. Like at what point can we be a good example?”

Finally, Mia Thornton addressed her feud with costar Wendy Osefo. Mia first shared her initial reaction to Wendy telling her to “shut up” during part 1 of the reunion:

“Wendy sometimes gives ‘The Professor’, and we need to be her students and listen. I was like ‘Imma let you have that one.’ It just didn’t make any sense to me… It didn’t make sense to me, so I didn’t respond.”

Mia then suggested she’s unsure of where she and Wendy stand before adding: 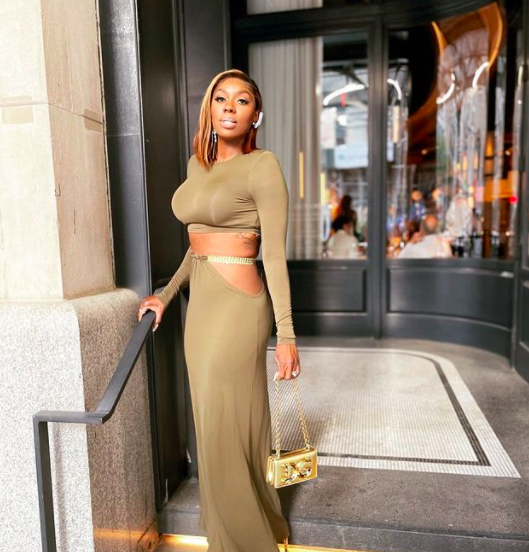 For context, Wendy Osefo and Mia Thornton (and Karen Huger, for that matter!) have separate candle lines. Mia notably launched her candles before Wendy did, which was pointed out during part 2 of the reunion. Regarding the matter, Mia revealed:

“Of course I was [coming for Wendy]!… I sent [a message] in the form of a candle. And they sold out!… The best revenge is my paper–always will be.”

What do you think about our EXCLUSIVE interview with Mia Thornton? Comment down below to let us know! 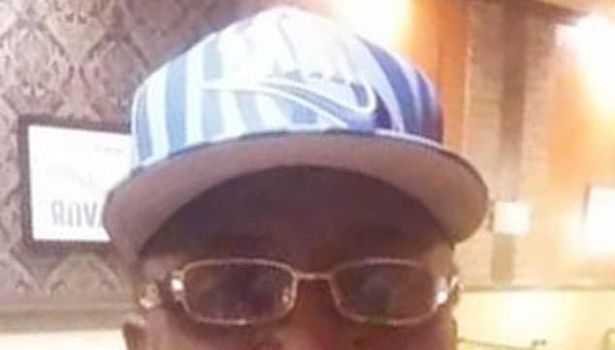 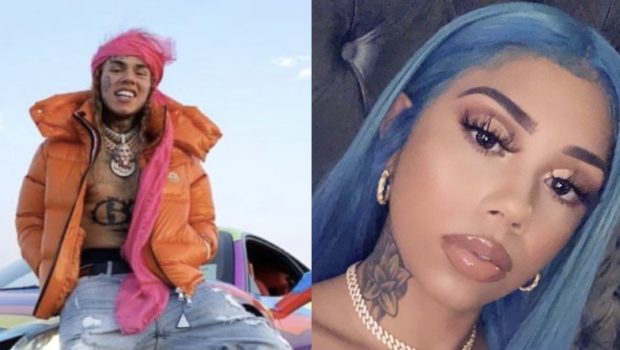