John Boyega Says “At This Point, I’m Cool Off It”, Confirming He Has No Plans To Reprise His Role In ‘Star Wars’ Franchise

Actor John Boyega recently confirmed that his days on Star Wars are officially over.

The 30-year-old film star joined the series as the character Finn back in 2015. Since, Boyega, an open advocate of the BLM movement, has repeatedly spoken up about being racially targeted by the franchise’s die hard fans. Now, the British actor says that he’s fulfilled his duties to Finn, and does not intend to return to the franchise. 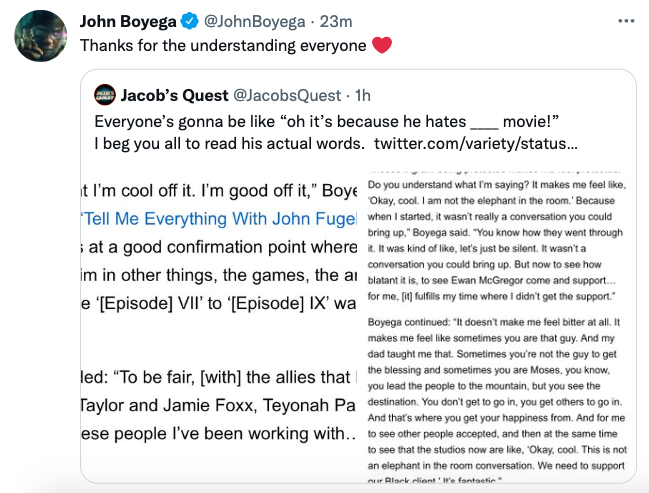 During a recent interview, he stated:

“At this point I’m cool off it. I’m good off it….I think Finn is at a good confirmation point where you can just enjoy him in other things, the games, the animation. But I feel like ‘[Episode] VII’ to ‘[Episode] IX’ was good for me.”

Boyega continued, explaining that how his most recent movie rolls – starring alongside Viola Davis in the upcoming Woman King as well as the film Breaking with the late Michael K. Williams, has opened up his acting portfolio. He stated:

“To be fair, [with] the allies that I’ve found within Joel Taylor and Jamie Foxx, Teyonah Parris, Viola Davis, all these people I’ve been working with… versatility is my path.”

Since 2018, Boyega has used his platform to address ongoing harassment coming from Star Wars fans, as well as the lack of developing the Finn character on Disney’s part. Many fans of the fictional trilogy were upset by the actors consistent outspokenness about racism. At one point in 2020, following the actor speaking up about the tragic police murder of George Floyd, a fed up Boyega stated:

Now, it seems that the overall reason for Boyega’s departure is simply expiration. The British actor has often stated he doesn’t want to remain as one character too long. Thus his departure from Star Wars role should not come as much of a surprise.

Are you sad to hear John will not return to Star Wars? Let us know in the comments! 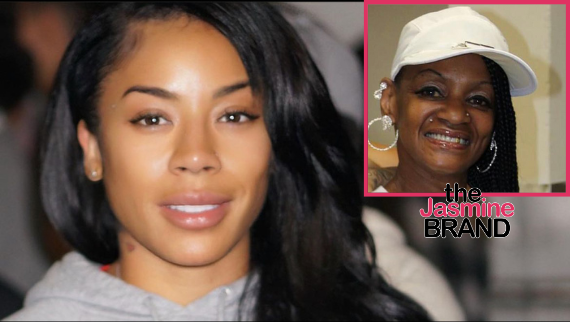 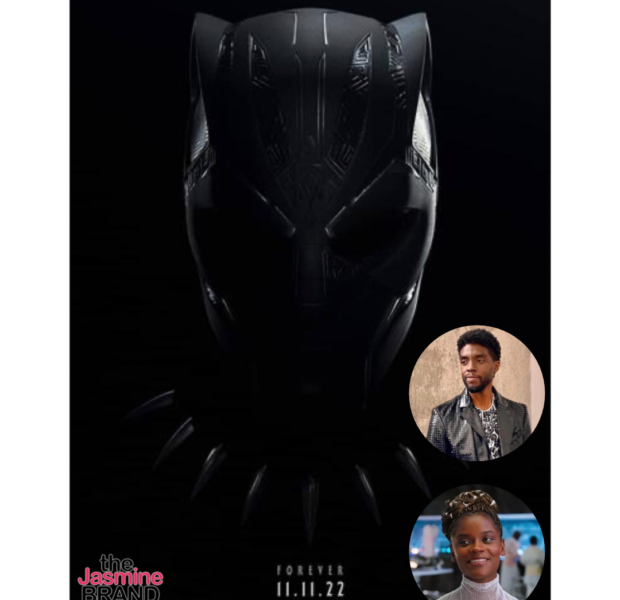 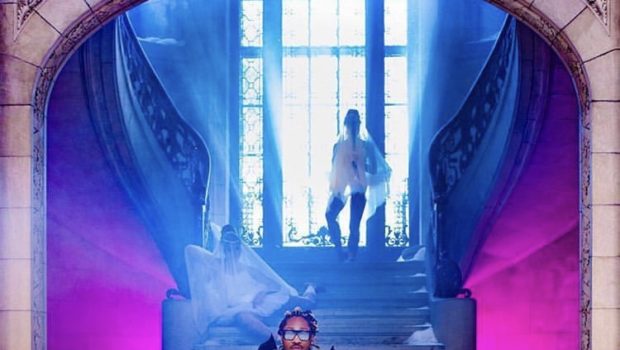 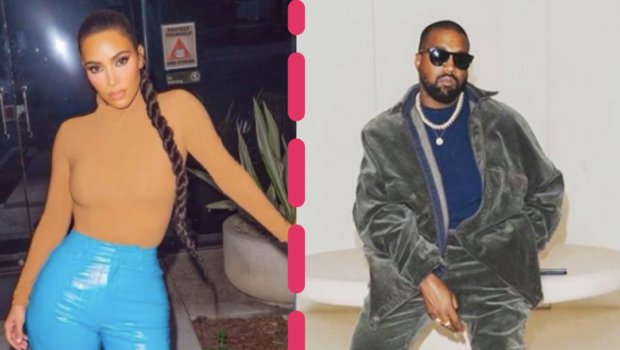