Things are looking bleak in the case of rapper YNW Melly.

Recent reports state that the 23-year-old artist is once again facing the possibility of death if found guilty of double murder, though it was previously taken off the table. YNW Melly, born Jamel Maurice Demons, is accused of murdering two of his associates in 2018 – YNW Juvy, real name Chris Thomas, 20, and YNW Sakchaser, real name Anthony Williams, 21. Subsequently, prosecutors claim Melly attempted to lead police into believing the execution was a drive-by, which eventually led to him being arrested for both murders. While lawyers for Melly, originally petitioned and won their case against the fatal sentence, it seems another court judge disagreed.

As we reported back in July of this year, Melly’s legal team successfully made their case against the death penalty. Reportedly, they argued the prosecution “waited too long to give official notice that they would be seeking the death penalty after issuing a superseding indictment.” 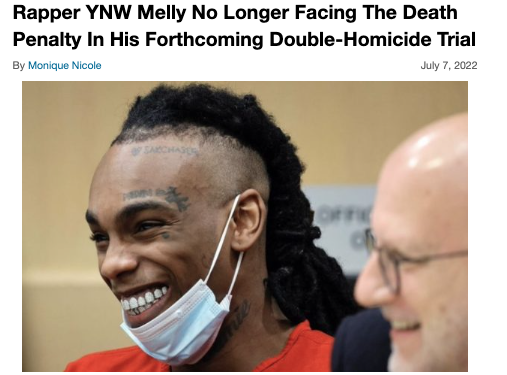 In an appeal case – which finished on Wednesday (November 9th), however, it’s reported the state successfully argued they did in fact give proper notice. Prosecutors argued and apparently proved that notice was given upon Melly’s initial arrest back in February 2019. The appeal court judge who gave the ruling reportedly stated: 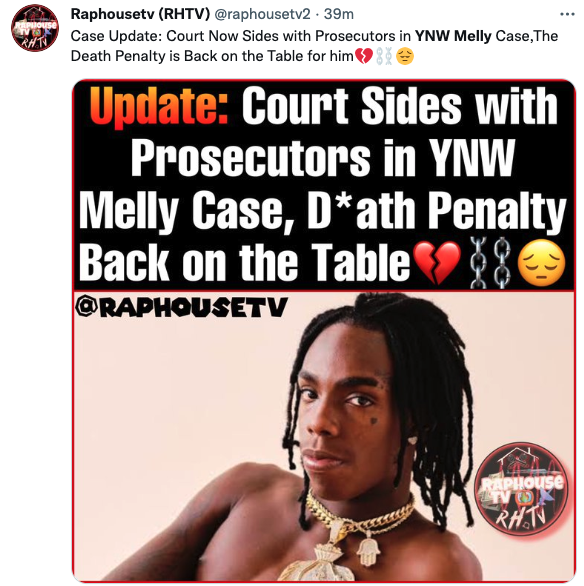 Melly’s attorney reportedly stated on the appeal ruling they are “disappointed,” but “look forward to our opportunity to argue our position before the justices.”  The final verdict on whether Melly will face the death penalty will now be decided by the Florida Supreme Court.

What are your thoughts on the death penalty? Let us know in the comments section. 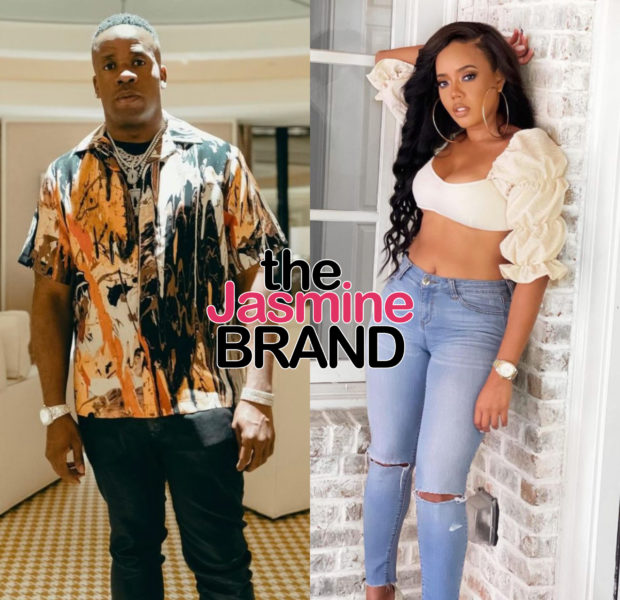 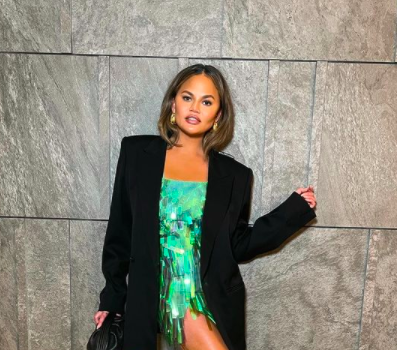