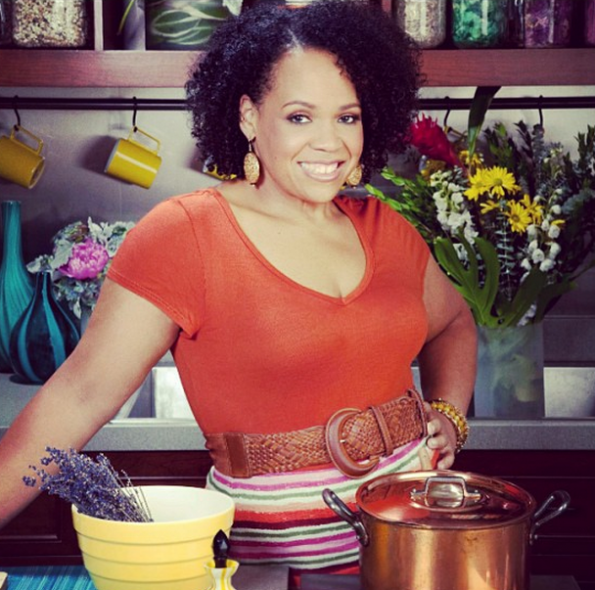 Whether you rock a perm, natural or a fabulous weave, if you’re a woman of color, you’ve probably heard of Carol’s Daughter. Founded by Lisa Price, the New Yorker launched her business out of her kitchen. And with marketable hair and skin products with names like ‘Hair Milk’ and ‘Almond Cookie’, many thought her brand propelled over night. But according to Ms. Price, that could be far from the truth. Before sitting on Oprah’s couch (hell, that’s the first time I had heard her name) she had face a few challenging set backs. During a recent speaking engagement at Inc., Live, she spoke about her humble beginnings (she started off selling at flea markets), expanding her brand (with investors like Steve Stoute) and why she refuses to live with ‘What if(s)?’. 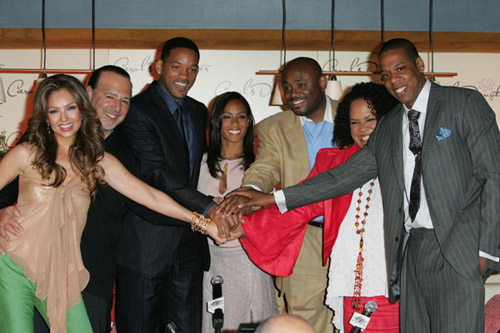 We found this so fascinating that we had to share it, in hopes that it would push you even further in whatever your dream is.

Peep the transcript below and watch the clip:

There’s a lot of different aspects to Carole’s Daughter and how it grew – taking on investors, having equity partners within the company. And I don’t want to stand up here and talk too much without possibly addressing questions that you guys may have. And we have 24 minutes 43 seconds right now, so I’m going to give you a quick sort-of overview of the 20 years, with certain milestones. And then if you could think about questions that you may want to ask me about the brand – that would be really really great because then I’ll know that I’m addressing for you what you would like to hear. 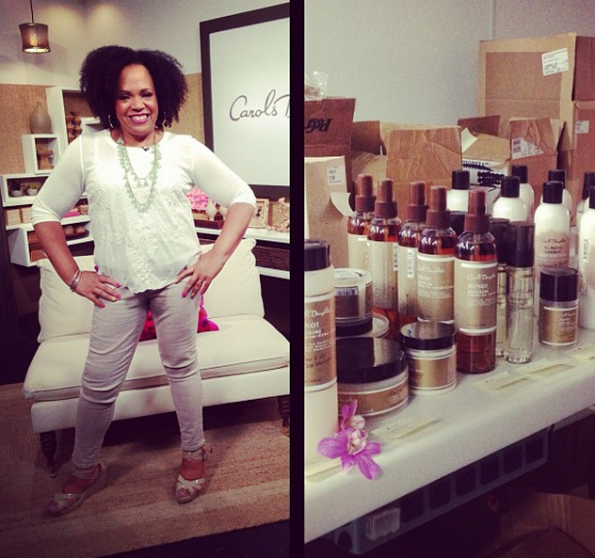 So 1993 was the 1st flea market where I ever sold the product. I did lots of flea markets and craft fairs at that time. My regular job was working in television production and it was great training for being an entrepreneur because when you work in television production, you don’t really have any guarantees – you might work some place 2 days, 2 hours – if you’re lucky – 2 years. So I learnt how to function on a budget. I learnt how to keep myself healthy because I didn’t always have health insurance. And I learnt how to work really long hours and I got accustomed working most weekends because that’s just how television production was. So when I became an entrepreneur and I had to turn my life over to my business, it didn’t feel foreign to me; I didn’t feel like I was being cheated. It was a very enjoyable process even through the hard work because there was so much that was learnt when I did it. My husband and I helped to build the company together – working craft fairs, flea markets, selling out of our home for a number of years, and then opening our 1st store in Fort Green Brooklyn in 1999. 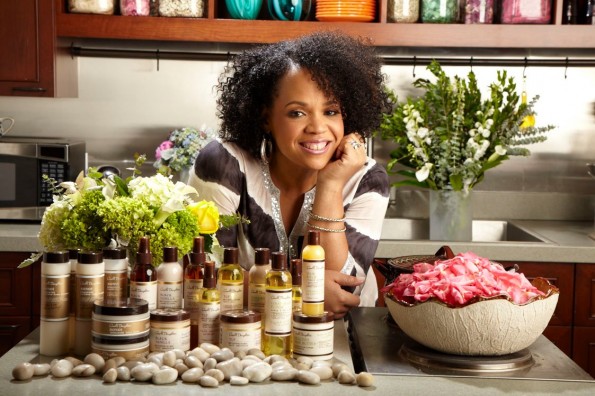 In 2002, I got a call to do the Oprah Winfrey show – which is the call that everybody at that time kind-of waits for when you have small business. I think people will still wait for her to call them now even though she’s not on air anymore – I wouldn’t mind getting a call from Oprah today. And it was an amazing experience doing her show. One because on a personal level, she was a mentor for me and she was someone who was my Best Friend Forever (BFF) in my head. And so to actually meet her was phenomenal. And it was also the realization of one of those things – you know how you put positive words out into the universe and you hope that they come back to you? Well I would always say – well you know when Oprah calls, well you know when I get to go on the Oprah Winfrey show. I never really thought it would actually happen but I figured it didn’t hurt to say it – it didn’t hurt to wish for it. So when they actually called and tell you that you’re going to Chicago, it’s like “Ah!”. But it was amazing – absolutely amazing. It was a wonderful experience personally and it was a wonderful experience for my brand – but not the one that a lot of people think. A lot of people think that because you meet Oprah and shake her hand that simultaneously – a wire transfer takes place and money just appears in your bank account, and it doesn’t work that way. And thankfully, the number of orders that came through from being on her show was manageable. The size that my company was at that time – if I had gotten 10 thousand or 20 thousand orders in 1 day, I would have not been able to have handled it and it would have been horrific. So it was a manageable growth and it was a steady growth. The 1st time the show aired, our website crashed 4 minutes in – because within 4 minutes we went from 17 visitors to 27,000 visitors. And we kind of told the people who were taking care of the website, “You know, this is going to happen. Like I’m going to be on Oprah Winfrey”. They’re like “Yeah, we’ve got you covered. You’re fine”. Site crashed. 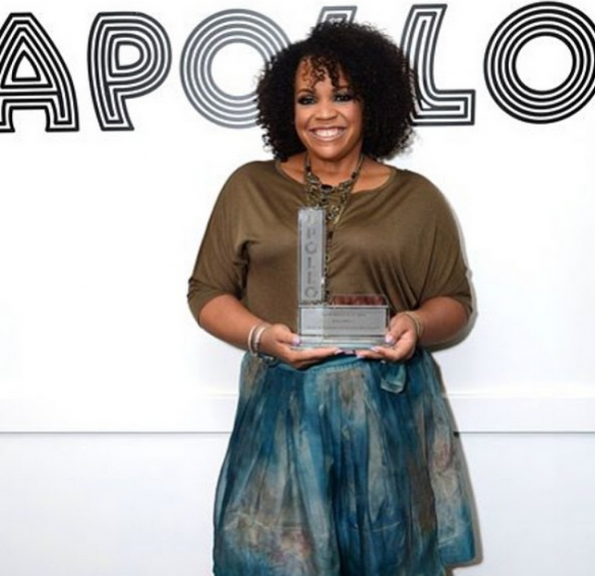 The show re-aired thankfully in October and they were prepared that time. And when it did crash the 1st time, we were able to put a message up on the site for you to email if you wanted to get a catalogue because even though we did have a website, people still shopped mostly by catalogue. There were only a select few who trusted the internet with their credit card information. People magazine had been toying around with doing a piece on me. And because of me being on Oprah, they decided “Oh, then we might as well go ahead and do it”. So the 1st show aired in June, the 2nd time it aired was October, and then the People magazine article came out on the 1st week of November. So it was a nice steady flow to my fourth quarter. That year, it was a really nice fourth quarter – I was very happy. And it was exposure to people that I would never have gotten the exposure before. But it was also a way for me to let go of some of the minutia that I was letting bother me down. I would think about “The labels not quite straight. There’s supposed to be 5 flowers in there, there’s only 4. We have to do this over. We have to do that over”. And all of a sudden because Oprah said she liked Carole’s Daughter, those things didn’t matter to people. People didn’t notice that a label was crooked, and there was so much work to do. I couldn’t let myself focus on those little details. I had to keep everything moving. 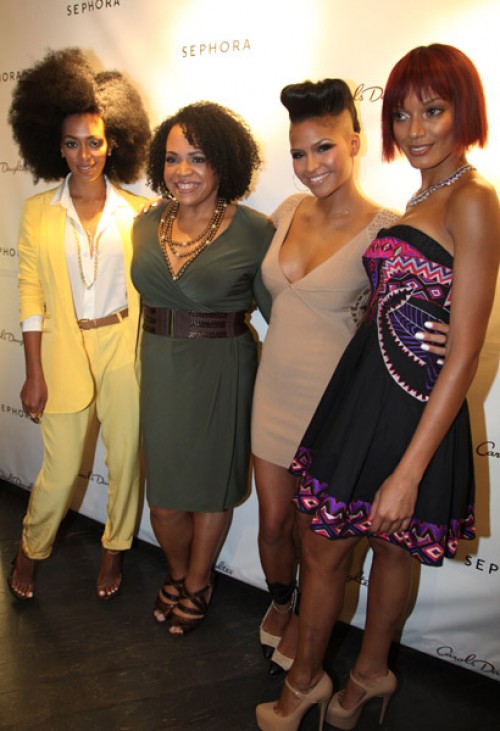 We ended up getting a warehouse because making products in my kitchen, just wasn’t quite working out at that point – and that was a big learning experience as well. In 2003, at the end of the year, I met my business partner Steve Stout. And Steve was – and still is – an advertising and marketing genius. And his background is in the music industry. And Steve partnered with me to help take Carole’s Daughter to the level that it is today. Steve is the person who brought the celebrity investment team together. Will and Jada had been clients of Carole’s Daughter for many years before then, but they became investors in the brand. And through that partnership and having them as investors, we were able to get Sephora interested in the line, Macy’s interested in the line and then in 2008, launched on HSN. So this May I’ll be celebrating 5 years on HSN – which is fabulous. And it’s great being the number 1 hair care brand on HSN as well. 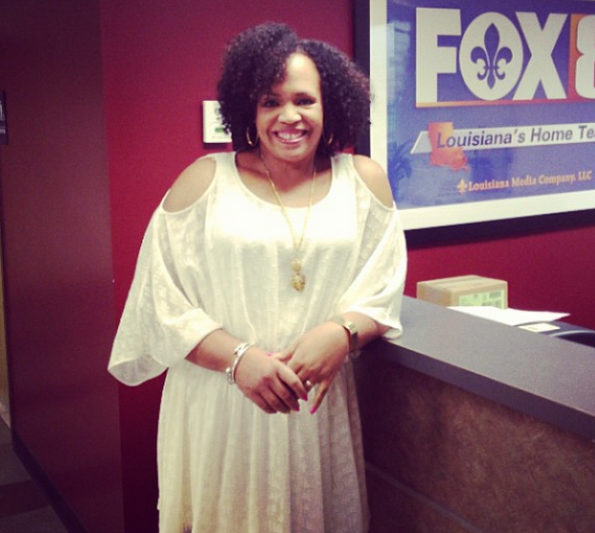 And 2005, we opened our flagship store in Harlem. And then over the next few years, opened other stores across the country – I’ve one in Virginia at Pentagon City, we have one in Culver City in Los Angeles, Lenox Mall in Atlanta, and several in the New York area. We just recently opened a hair salon at the back of our Harlem store, to further market to our customer – to help her with her hair care regime at home, as well as at the salon and to teach her about healthy hair and healthy scalp. And we’ll be opening the 2nd salon in Atlanta, in the Lenox Mall store in May. Wow, that’s going to be close. Whew, busy busy busy. And then in 2007, we took equity partners into the company to help take us to the next level. So throughout the process of growing the brand, I’ve had to give up a little bit here and there along the way. And people usually think that that is a scary thing and a bad thing. How do you know when you should do it? And for me, it is scary. But what is scarier – to me – was what if I don’t do it, what could have happened? And I was more afraid of being haunted by the “What if?”. I didn’t want to think 5 years later, “Well, what if I had partnered with that person,” “Well, what if I had done it, where would I be today?” So for my own peace of mind, it was easier to deal with my trepidation than to deal with that insecurity of “What if?” And you know, thankfully it has worked out well. I feel like partnerships are like marriages – you have good days, you have bad days, sometimes you need to go see a counsellor. You know, it‘s just partnerships – I think divorce is even more complicated – but lawyers think of all of those things ahead of time for you and put them into contracts. And you know, you can relax a bit. But for me, it’s been a positive experience because I’ve grown so much as a person and learnt so much as a business person. And I don’t think that would have happened, without the growth that the company has experienced, through letting other people in.

Hopefully, her story inspires you just as much as it inspired us. #DontQuitYourDayDream: 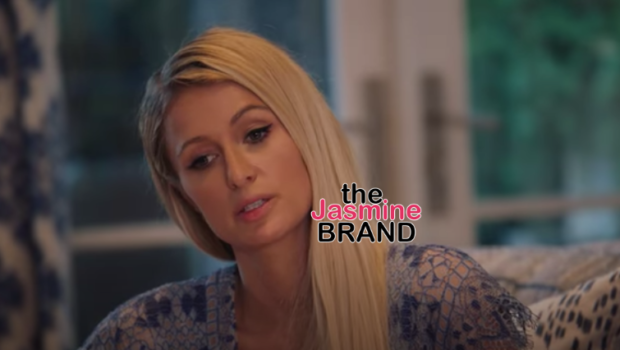