Kelly Rowland got her big break in entertainment after joining girl R&B group, Destiny’s Child with Beyoncé Knowles and Michelle Williams. The group went on to sell a plethora of records and tour the world, and most recently, reunited as they dominated the Coachella stage. But all good things must come to an end, the women eventually went their separate ways, and pursued their own solo careers.

As Rowland has had to constantly escape the shadow of her sister-friend, Beyoncé Knowles, she has spoken about her efforts to maintain a healthy balance between being a working mother and wife. A part of from being on The Voice Australia, she has also been working on new music. The last project Rowland released was in 2013 – “Talk A Good Game” – serves as Rowland’s fourth studio album, and spent 13 weeks on the Billboard charts upon its initial release.

As Rowland has had to adjust to the Australian culture, she also has been hard at work in the studio. Rowland provides details on her next project, why it took five years, and how music is a creative outlet. She also spoke about singing with Stevie Wonder, reuniting with Destiny’s Child, and being dropped from Universal Republic. See excerpts below.

How she came into fruition of her creativity:

Through my creativity, which I didn’t understand as much at first, but now I get it more than I ever have. It came from having Titan and losing my mum … [Her mother, Doris Rowland Garrison, died in 2014 a few weeks after Titan was born.] It hit a switch in me about the greatness and beauty, the quickness and simplicity of life. People just want to be happy.

She explains how it took five years to make her next project:

I was thinking about pulling back from recording but I couldn’t help myself: I still wanted to record. I still felt like I was missing something. The third year just came and left so fast. The fourth year I said: ‘I have to get to work’ and now I’m ready to release some music! 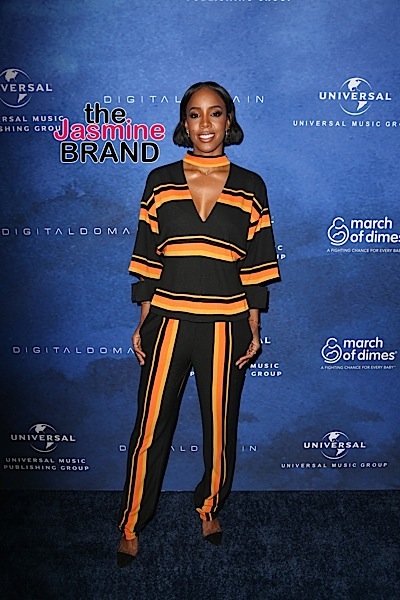 How she makes the music:

The water is giving me what I need to finish. In the middle of the night I’m hearing melodies, lyrics or somebody can say something.

How she knows the timing is right:

The universe is giving to the record in a place that I’ve never experienced before and that’s completely precious. And I’m being honest, but the pressure makes you nervous. You know everything feels right, but you want to make sure it’s perfect.

What helps her make music:

If I feel it or think it and it touches me in some way, then I think it’s going to do that to somebody else, too.

She speaks about making a song about her mother:

The record about my mother I have yet to put into words, and it will be the hardest record I will ever write …

What her new album is mainly about:

It’s about love, loss and gain and whether it’s professional or with family or whatever, it’s just honest. I had no choice but to be honest and authentic with this record: it’s about friendship and marriage.

Getting to work with new people in the studio:

I really enjoy getting new blood. And some have been in the game a long time. They are bringing fire. Serious fire. I’ve been working with Syd from The Internet on one record. 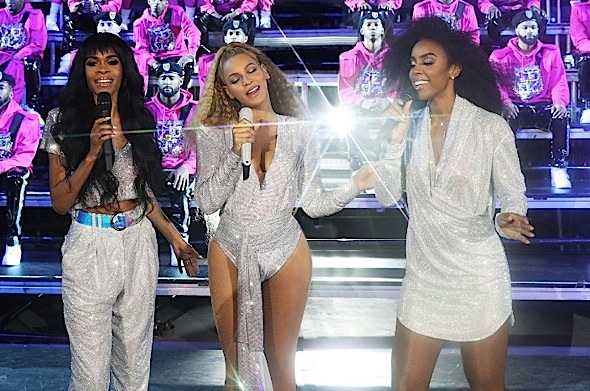 
Reflecting on being around Michelle and Beyoncé again:

When we finished I was sad, thank God Michelle and Bey were still in town, so I could still see them. It spoiled me all the time we were able to spend together, but that creative time is pretty remarkable when we are together. It really is. What a blessing, right? And we still love each other. We were laughing at that one day. We were getting ready, but our kids were running around. That’s the fun part; it’s the sweetest thing: they are going to be friends, because we are all so close.

Oh my gosh. I was like cheesing out on stage with him and I don’t know if I got any notes out … But he asked for me to come and I was like: ‘What?!’ We played until 2am. He was still going and, of course, I stayed and sang with him.

There was so much incredible history in the room, it was like an extra piece of static in the air, just incredible, and he still has this voice, it’s still so strong, and he’s this icon and going through records like it was ABC.

If she would ever work with Stevie:

Absolutely. If the opportunity presented itself, it would be very cool, especially given what he was talking about that night and the world, that’s what brought us all together, to celebrate love and push it back into the air, because there is so much going on in the world, so much that’s disappointing…

Reflecting on being dropped from Sony label:

Tthe terrible statement they made saying I was no longer … some bullsh-t … basically saying I had no more worth. That was the hardest thing I think I ever went through, because I thought to myself, I sold so many records for you guys, with and without Destiny’s Child I sold records. Then I had a record (When Love Takes Over) with David Guetta that was number one in I don’t know how many countries and I was like, okay … 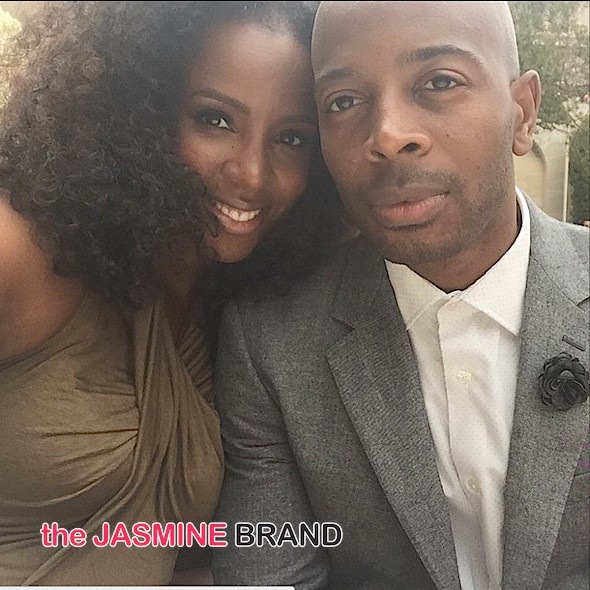 Why she was scared to get married at first:

At the beginning, I was scared of the idea of loving one person. I was nervous about being with one person for the rest of my life. I’d had the worst relationships and I was so scared and said: ‘How about we take a break from dating?’ and he said: ‘What if we took a break from dating and God sent you a guy and that guy was me?’ And I was like click! I hung up the phone. I was scared, because I knew he was my husband in that moment.

Reflecting on their small, intimate wedding:

We had the most beautiful wedding with 27 people, when I said my I dos to him, it was the most tears I’ve ever had, because to confess your love like that to someone is so powerful.

Growing up in the Knowles household:

It was actually a really good time…I felt like: ‘Oh my God, Solange has a daddy’ and I needed to see what a male figure in a household is like – Tina [Knowles] was just awesome, always has been, always will be – and having sisters.

How Tina Lawson has been a motherly figure in her life:

Tina was there when Titan was born; she walked me down the aisle, because my mother was actually too sick to walk me. Tina is his grandmother, you know what I mean.

The relationship with her mother:

…my relationship with my mother was a very interesting one, which I talk about in the record. It was great at times and it was awful at times. She was doing her best and some times in my eyes as kid I didn’t see … there were times when I just didn’t click, didn’t click at all.

On meeting her father:

It was okay not being with her, actually, because I didn’t grow up with my dad…. “I don’t know my dad. I last saw him was I was seven or eight: I haven’t seen him since then. I do want to know him, meet him, know his background for the sake of my son. I don’t know, I’m just nervous to make that phone call. Tim has spoken with him on the phone. Just talking about it gives me butterflies. 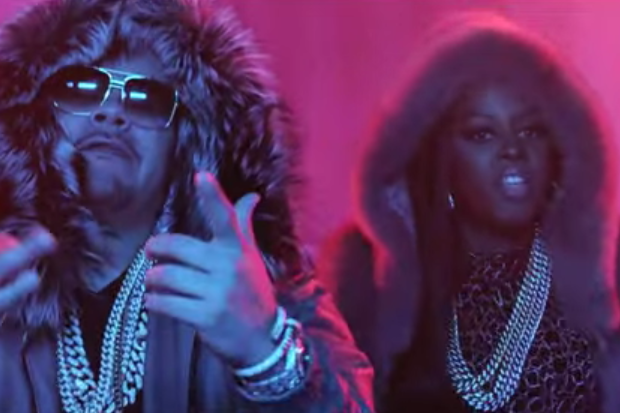 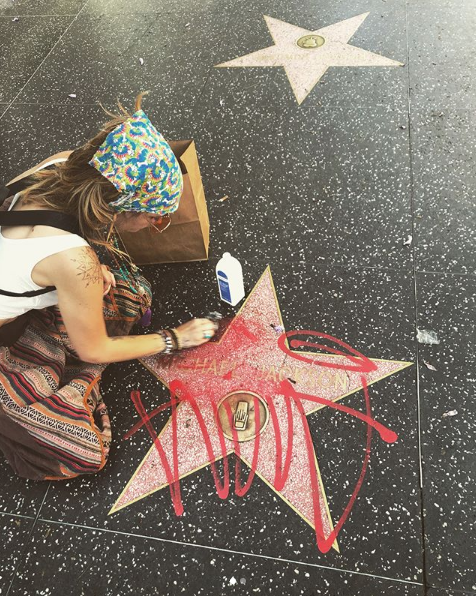 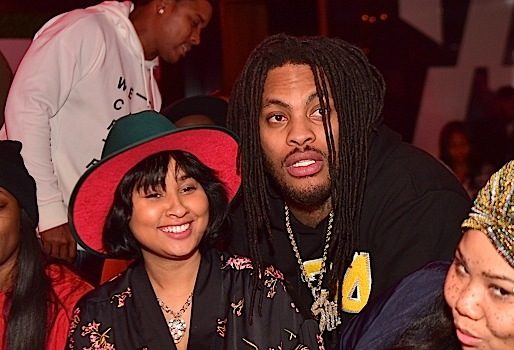 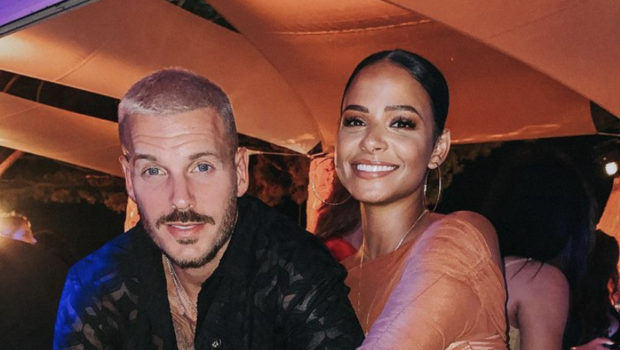