The woman who mothers Nipsey Hussle’s daughter has blasted a GoFundMe campaign that was set up in her honor to raise $500,000.

Tanisha Foster addressed the campaign on social media and warned fans that she’s not behind the account. Sharing a screenshot of fraudulent page, she writes:

The campaign was called “Help Nipsey’s Child’s Mother” and had a photo of Tanisha. It said in part, 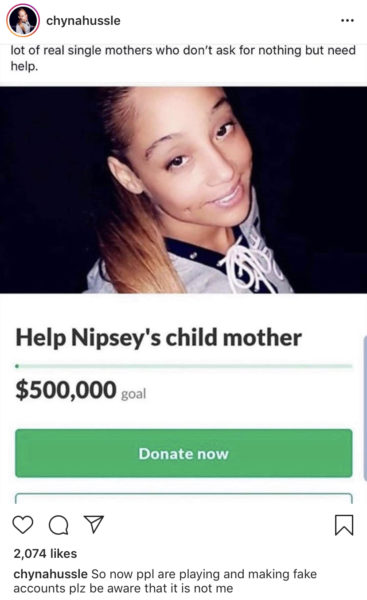 It looks like the campaign has since been removed.

The fake campaign came after court documents revealed the latest in Tanisha’s legal battle with Hussle’s family. Reportedly, they are going back and forth about custody for her and Hussle’s daughter, Emani Ashghedom.

She said while Hussle, whose real name is Ermias Asghedom, provided for her when he was alive, his family has since cut her off, which she said would be against his wishes. She wants a judge to give her visitation rights at the least. 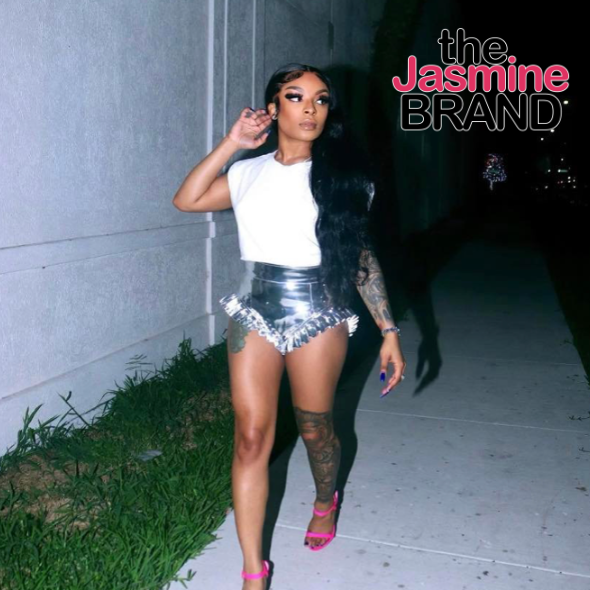 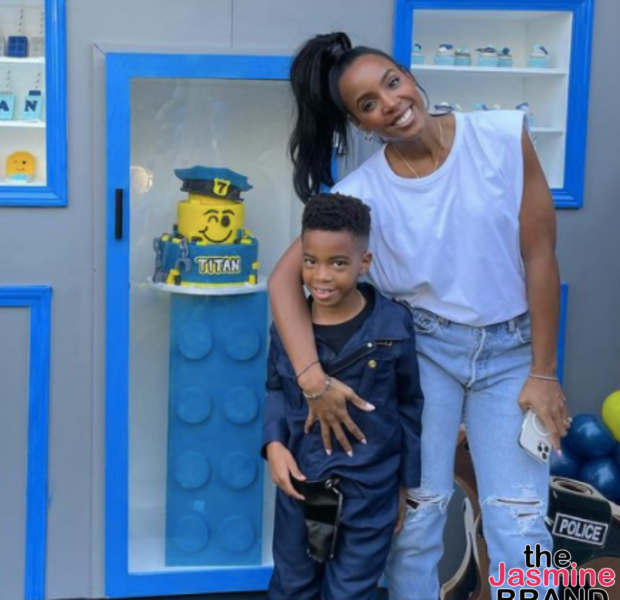 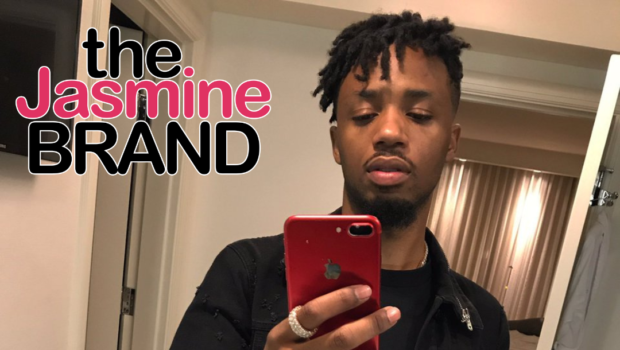